https://www.comixology.com/Hijinx-2/digital-comic/896246?utm_source=twitter&utm_medium=socialmedia&utm_campaign=Hijinx%232&utm_content=Submit+Email&utm_term=Indie+Comics
Issue 2 of Hijinx is out on Comixology head on over now and pick up your own copy.

If you don't already have your own copy of the loader, Sign up for City of Titans and download the Character Creator at our store: https://store.missingworldsmedia.com/ 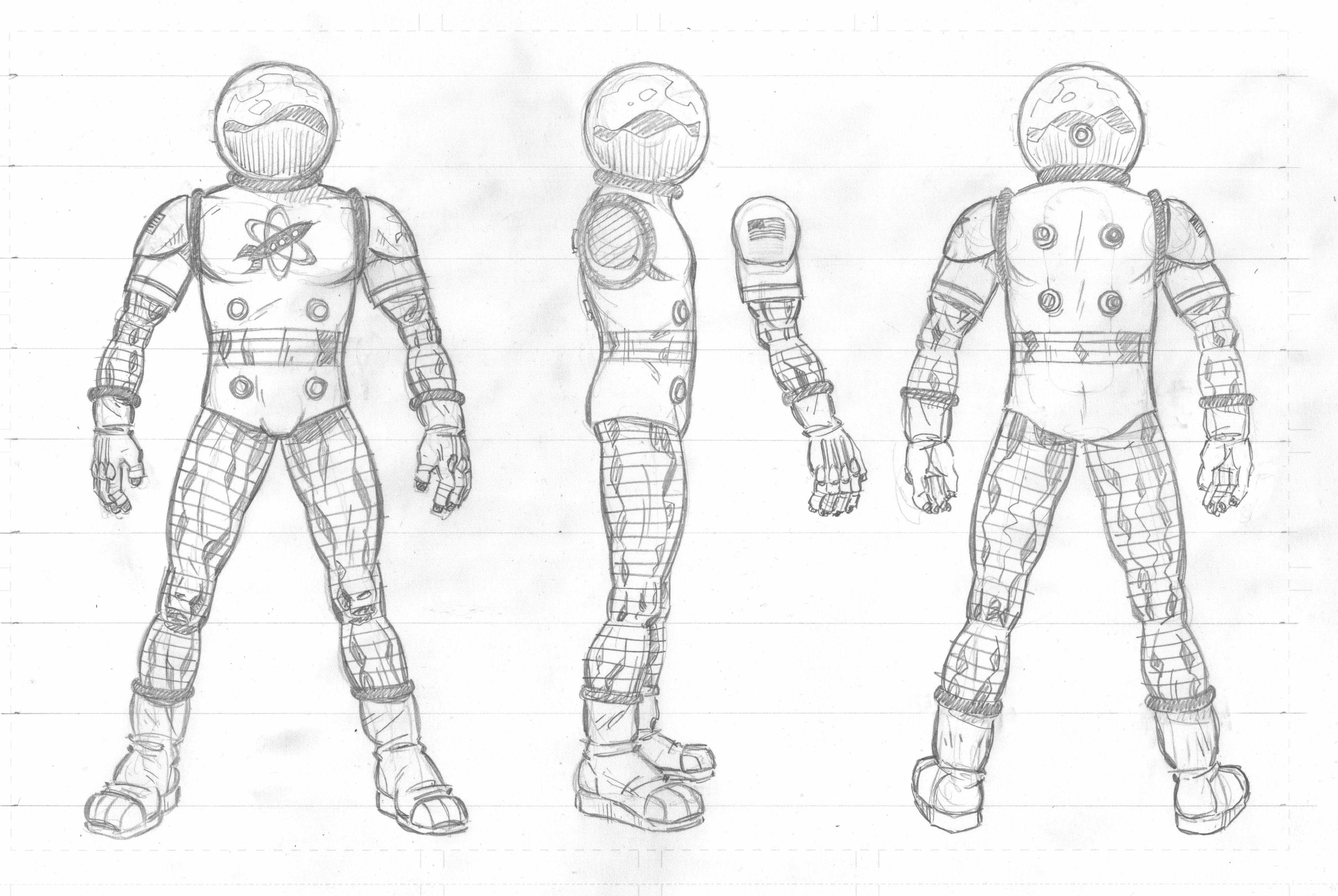 Legal Status: In his publicly known civilian identity as Alan Arkwright, Captain Orbit is a U.S. citizen with no criminal record and a decorated veteran. He also retains his powers registration as Captain Orbit, though he rarely acts a crimefighter in the field any more.

Location Connections: Captain Orbit owns and operates the Orbit Room revolving restaurant in the “Skywalks” area of Downtown, atop a skyscraper in the Armistice Street neighborhood. He can usually be found there, supervising operations or speaking with active heroes or ordinary citizens.

Stated Purpose/Goals/Motives: Captain Orbit’s existence and identity are publicly known. He is generally popular with the public as a restauranteur, but his heroic career is now mostly forgotten. He enjoys a reputation for reliability and honesty in the hero community. However, opinions on him are divided, with more traditional heroes looking to him as an example and edgier or iconoclastic ones considering him a laughable throwback.

Exploits: In the mid-1950’s, Captain Alan Arkwright was a skilled test pilot. He participated in various government projects with high-speed and high-altitude flight, including early efforts toward developing a space program. In 1956, while flying an experimental aircraft at the edge of the atmosphere, Arkwright was bombarded by strange, interstellar rays. They boosted his strength slightly, strengthened his already resilient flight suit, and granted him the ability to fly and project blasts of golden “space energy.” Arkwright, who had been a devotee of the mystery men of the 1930’s as a kid, left his job and began fighting crime and disasters as Captain Orbit. Over the next two decades, Orbit clashed with foes ranging from space invaders to the Glorious Defenders of the Soviet Nation and People. He maintained (usually) cordial relations with the government and is rumored to have worked with secret, official organizations, as well as an assortment of other heroes of the day.

In a 1957 adventure aboard a mysterious spacecraft, Captain Orbit encountered the enigmatic, robotic intelligence known as Zzorgg the Space-Tiki, who became his loyal advisor and sidekick.

In 1958, one of his enemies began an obsessive plan to discover and expose Captain Orbit’s identity, but Orbit cleverly foiled him by simply making his identity public himself. Far from inciting distrust and paranoia, as the villain had expected, the incident only made Captain Orbit more popular.

Though his powers slowed his aging, by the later 1970’s, Arkwright no longer felt comfortable with taking the field. He wanted to settle down with his family. But he wasn't ready to retire yet, and he still missed his old hero comrades. Therefore, he liquidated some of the gold he'd received as a gift from the ruler of a grateful, isolated civilization he'd once rescued and invested it in a restaurant and bar set to open atop a then-new skyscraper in the Armistice Street neighborhood. Playing on his excellent public image, he called the venture "the Orbit Room." The novelty of the revolving restaurant concept and Arkwright's charming persona made it an instant success. The business has been going strong ever since.

Combat Information: Captain Orbit received his powers when he was bombarded by mysterious “space energy” while flying an aircraft near the edge of the atmosphere.

Captain Orbit controls mysterious “space energy,” usually manifested as a golden glow shot through with floating energy spheres, that grants him a variety of powers. He can project it from his hands in energy blasts. The energy absorbs some incoming damage and may deflect some attacks. He can also use it to lift objects telekinetically and to make himself fly. Finally, the energy sustains him even in a vacuum; Captain Orbit does not need to breath in space. During his crimefighting career, he also wore a very resilient spacesuit.

The “space energy” also permeates Orbit’s body and retards cellular decay. Effectively, it slows his aging to roughly one-third the normal rate. Today, he prefers to avoid fighting, but he can be a formidable opponent if the Orbit Room or its patrons are threatened.

Notable Associations: Captain Orbit normally works alone, though he knows many heroes from his decades of crimefighting and operating the Orbit Room. However, he is usually accompanied by his loyal sidekick, the small robot known as Zzorgg the Space-Tiki. Zzorgg’s robotic brain contains all the records of several ancient, alien civilizations, making him a font of knowledge on thousands of subjects. Zzorgg feels that he owes Orbit his life after Orbit rescued him in their first adventure together, and he is absolutely loyal to his friend.

Are you kidding? He’s lame. He wears a freaking blue tuxedo jacket. Or a Fifties spacesuit, which is maybe even dumber-looking. - apedude143

I request that the simian human be more polite in his comments on Mr. Captain. -zzorggthespacetiki01

I have used my multi-utility tiki-interface to interact with a computing terminal station port and to register with CapeChaser. I look forward to chasing many capes! zzzzorggg! -zzorggthespacetiki01

Our official webcomic is going strong! You can read and support Hijinx here: https://www.patreon.com/HiJinx