Landmarks, Moguls and Sites of Interest in Old Bradford District 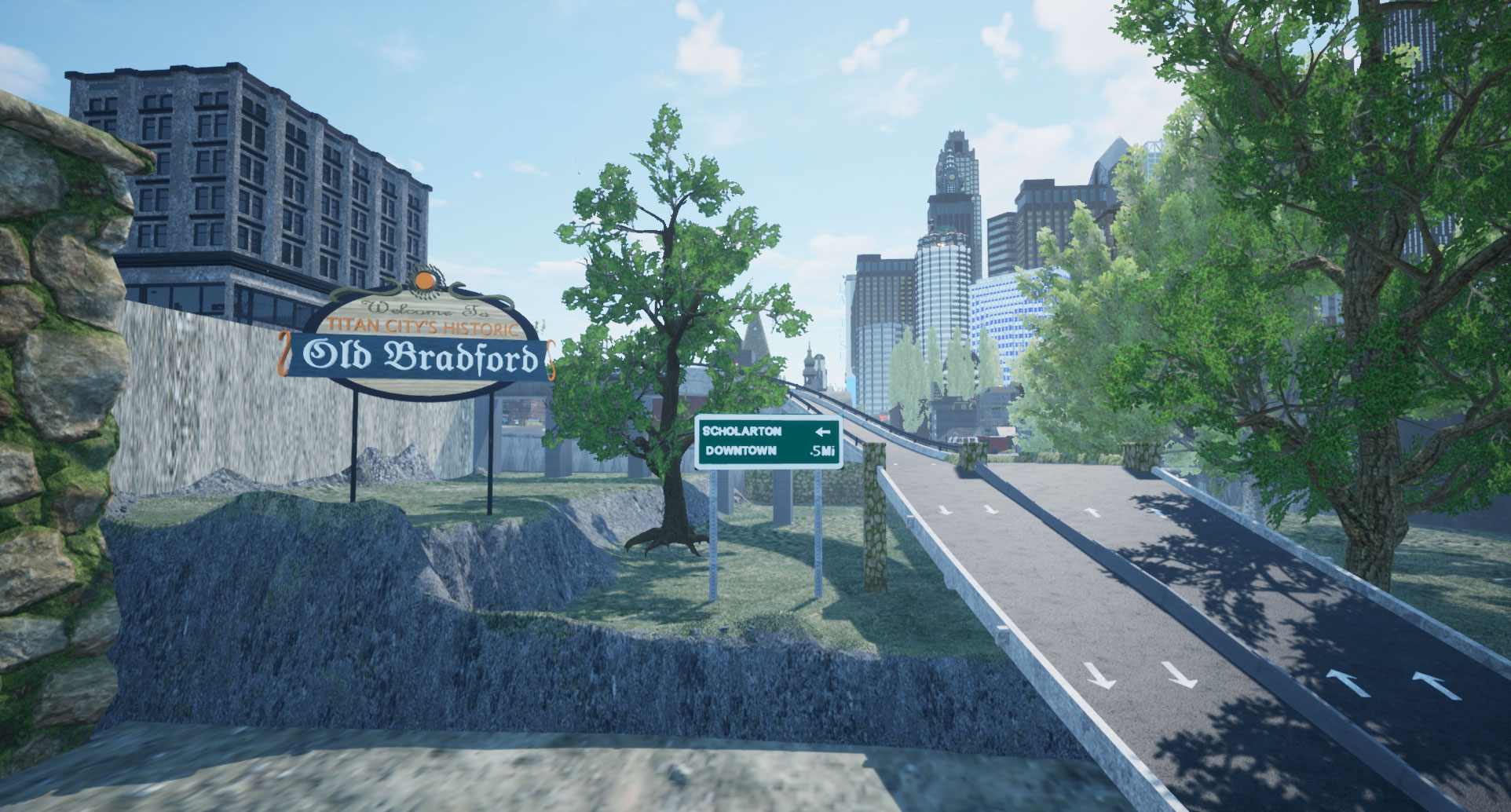 Old Bradford is a unique neighborhood in Titan City with a quirky character. It's a location for many secret bases for both heroes and villains because of its labyrinthine layout. Oddballs, anarchists and free spirits of every kind find a home here as a bastion for the weird, because as they say, what happens in Bradford stays in Bradford! 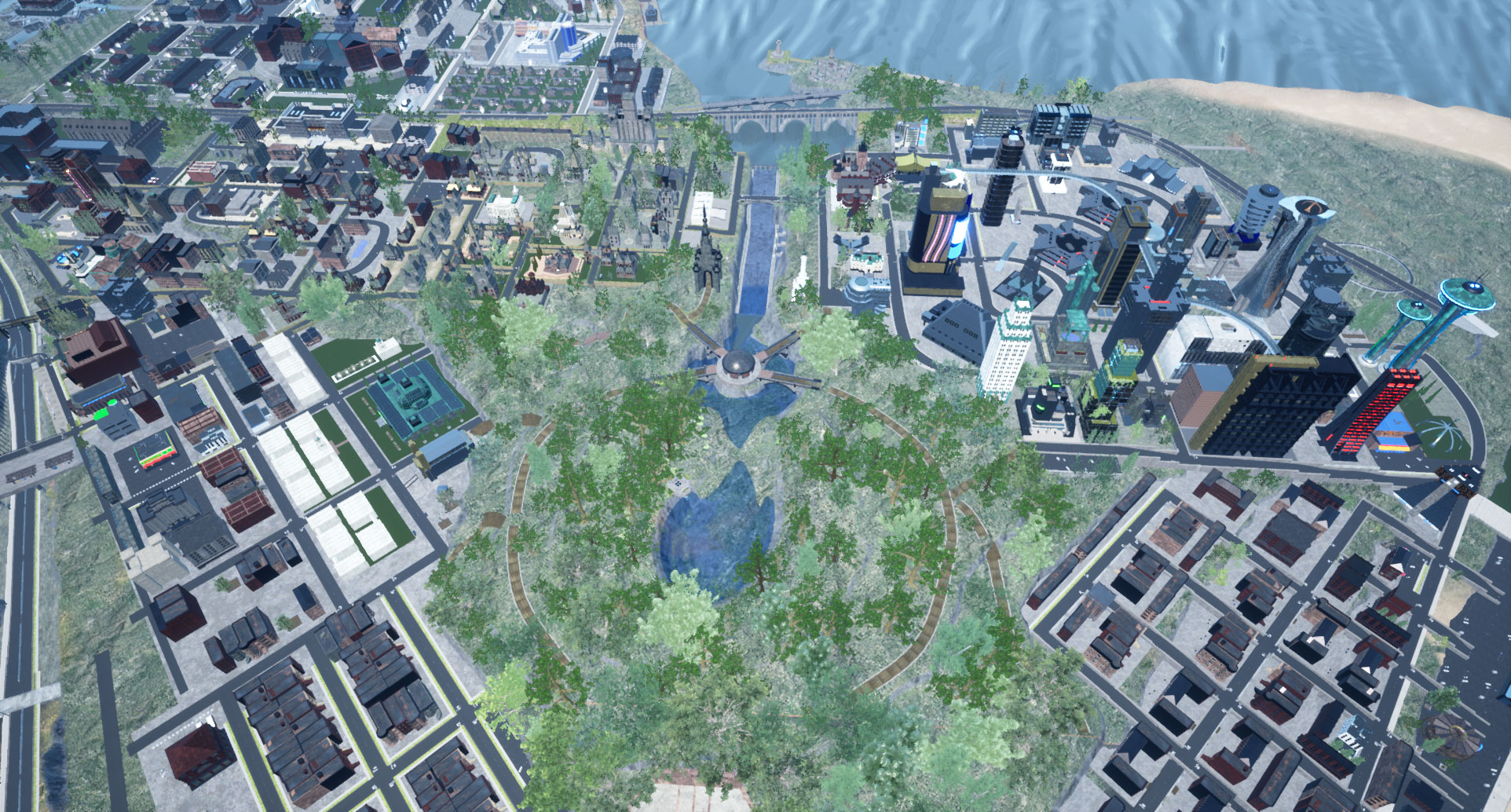 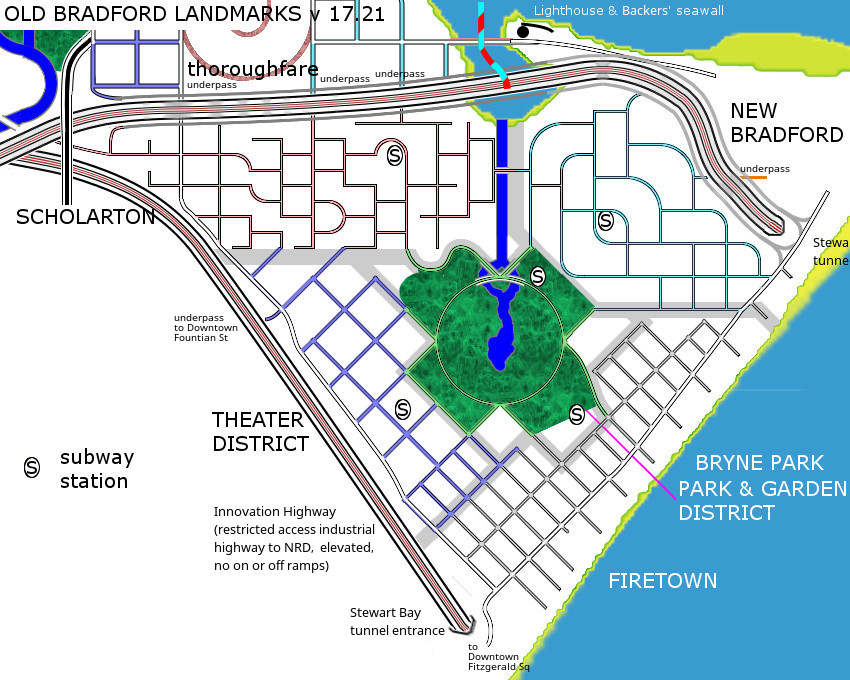 Known as Scholarton for its proximity near Ephesus University, this area of uncomfortably narrow and poorly planned streets is more commonly referred to as "The Maze." It is an area of old residences, mostly Victorian houses that managed to survive the fire. 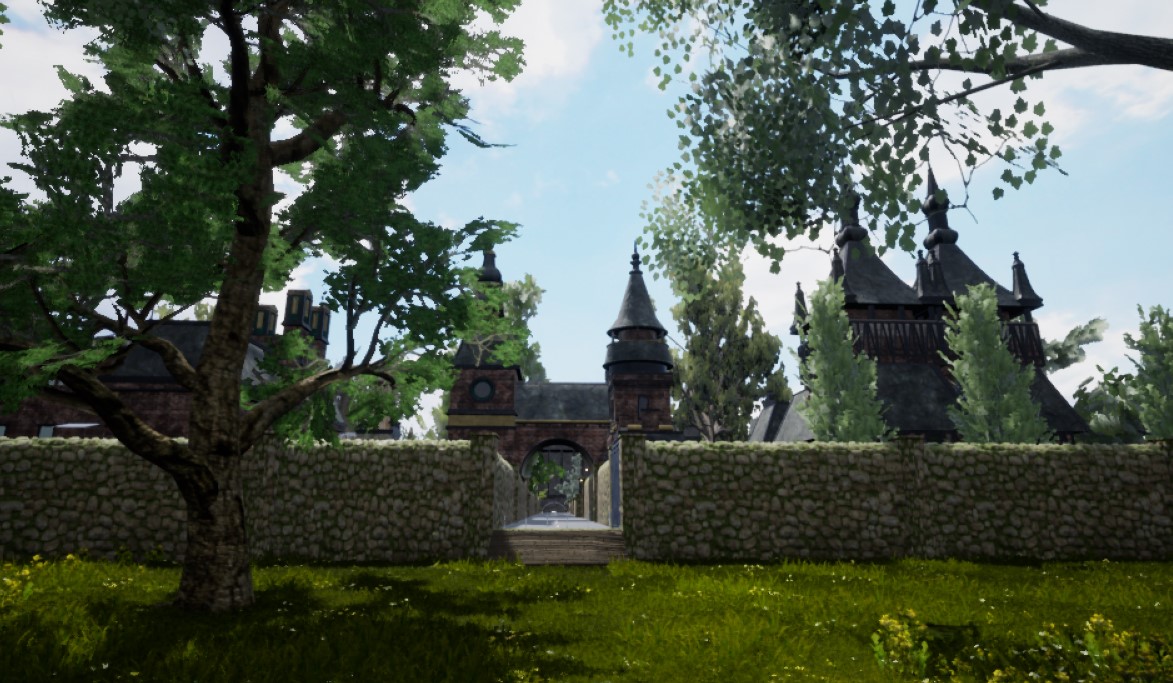 Landmarks, Moguls and sites of interest in Scholarton :

The Park and Garden District :

The Park and Garden district is centered around a large public park, Byrne Park. Around it, one can find multiple privately owned smaller gardens, open-air shops, restaurants, clubs and party halls. 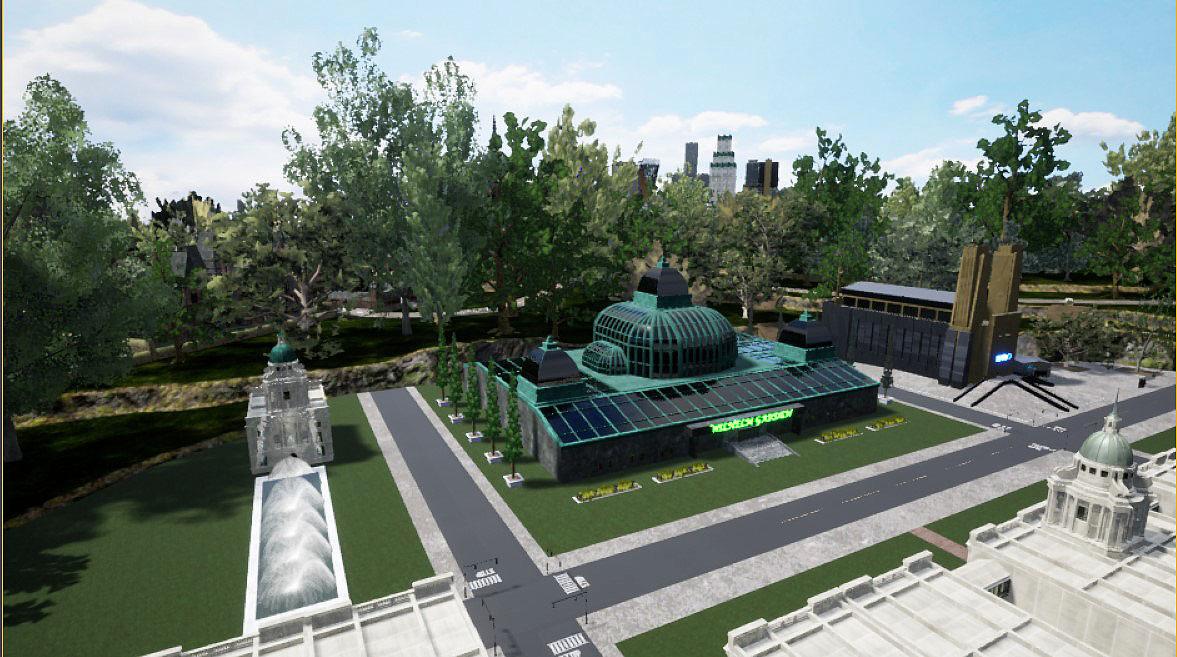 Landmarks, Moguls and sites of interest in the Park and Garden District :

The Theater District was planned to be Titan City's answer to Broadway, with many stunning old structures built in the early 20th Century that still stand. In recent years, the neighborhood has developed shopping venues, museums, clubs and other businesses that took advantage of old theaters and spaces that had sat vacant for decades. 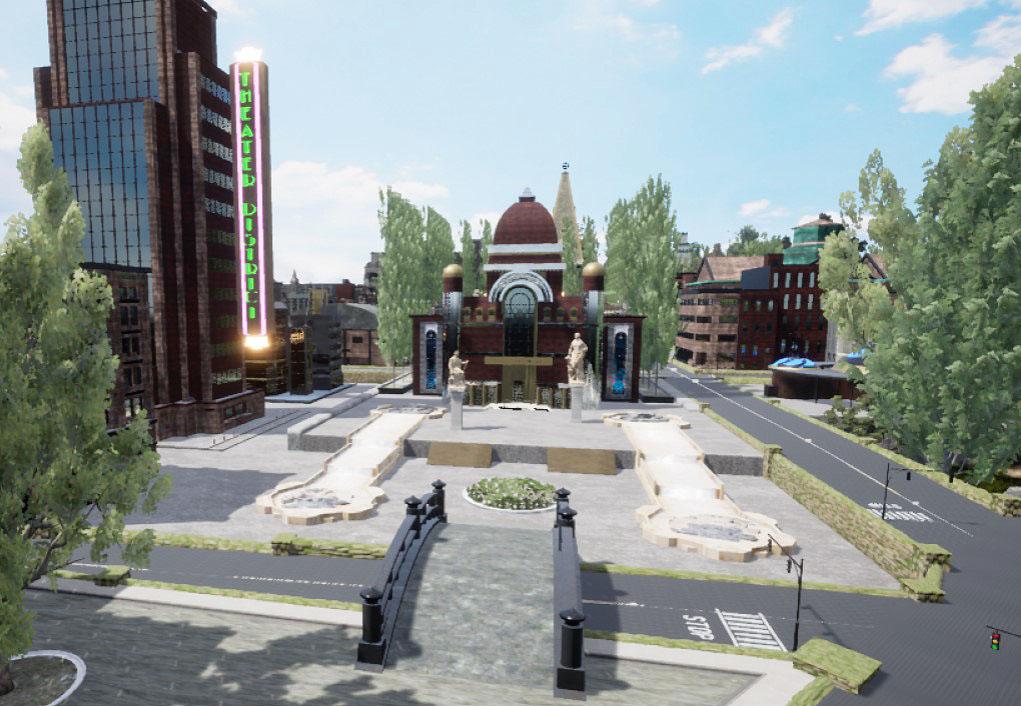 Landmarks, Moguls and sites of interest in the Theater District :

One of the very first areas to be rebuilt after the Great Fire, Firetown still has many of its turn-of-the-century rowhouses intact, having been carefully (or carelessly) maintained from that time, although many were destroyed in the Hurricane Atlas incident and then reconstructed. 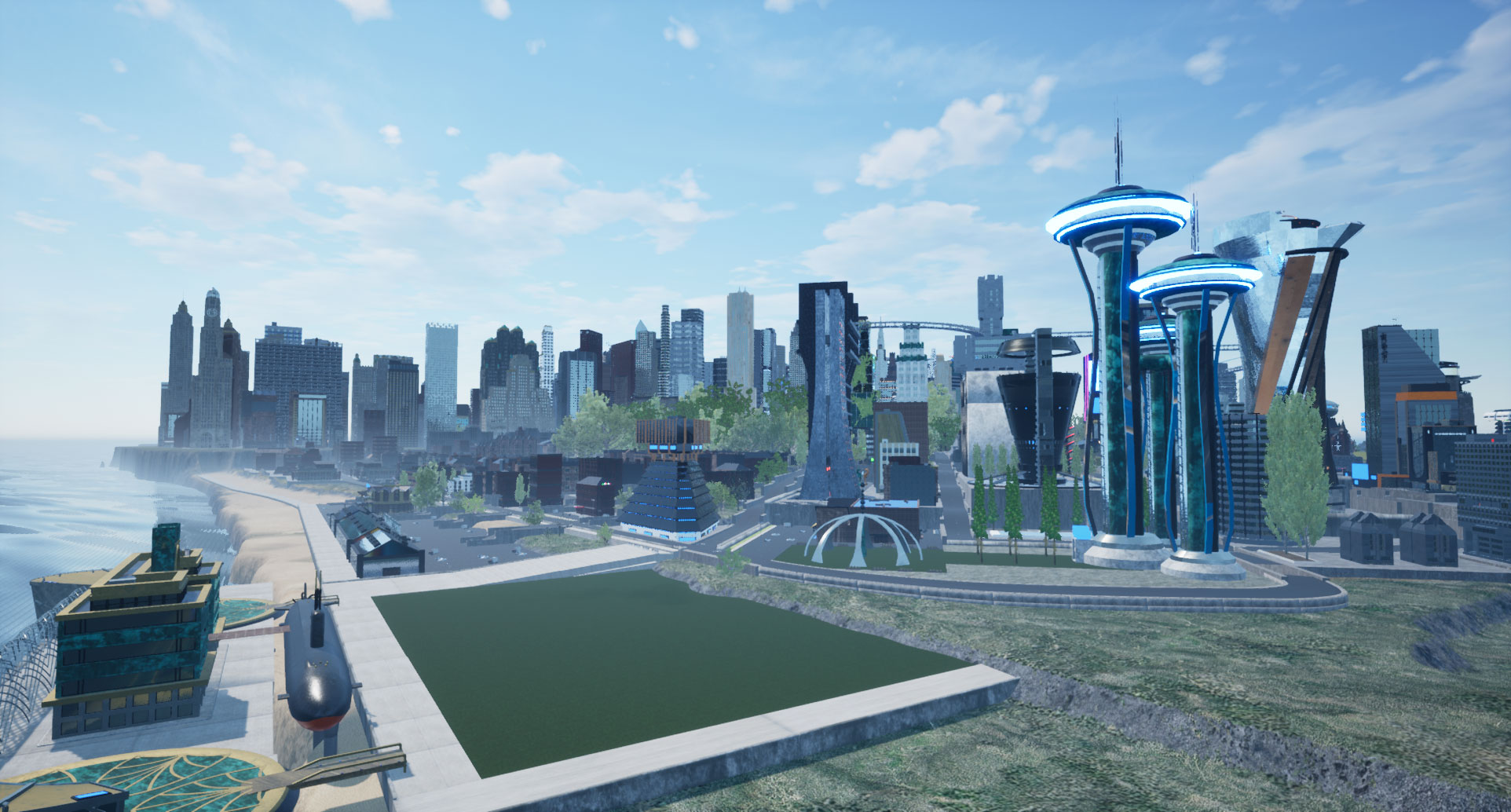 Landmarks, Moguls and sites of interest in Firetown :

An area heavily damaged in Hurricane Atlas and redesigned rather than restored, 'New Bradford' is an example of a wretched excess of hypermodern architecture. Buildings here are large and built-up, and come in all manner of shapes and colors that sometimes seem deliberately chosen to offend the eye. 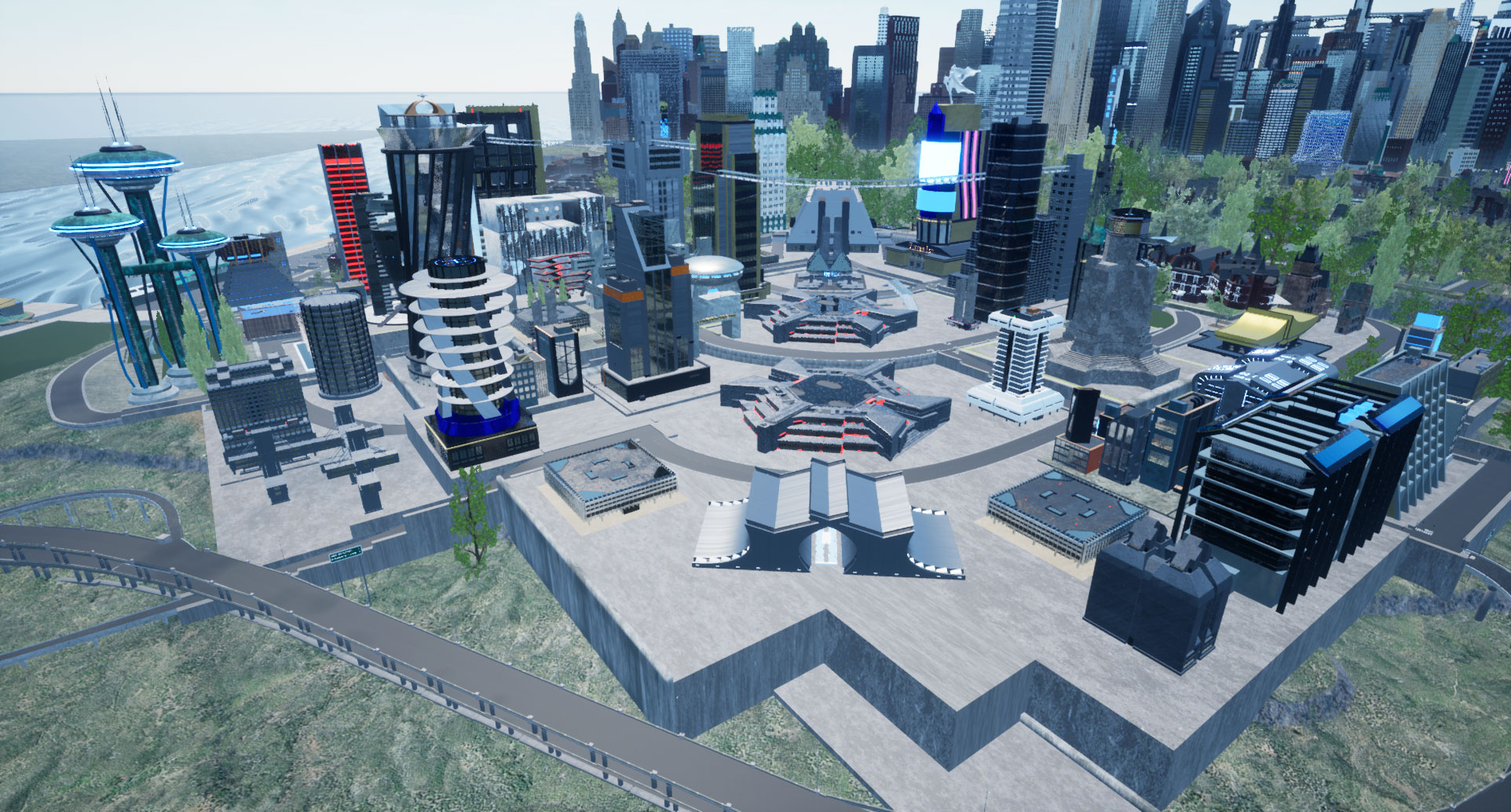 Landmarks, Moguls and sites of interest in New Bradford :

After the fire of 1908, Bradford was one of the first districts to be rebuilt. Now referred to as Old Bradford following the formation of Titan City, it became a destination for cheap housing to accommodate workers and displaced families in the immediate aftermath. As these groups moved in and the city rebuilt, Old Bradford became neglected, almost forgotten as Titan City grew around it. This benign neglect, however, became the origin of what defines Old Bradford today. 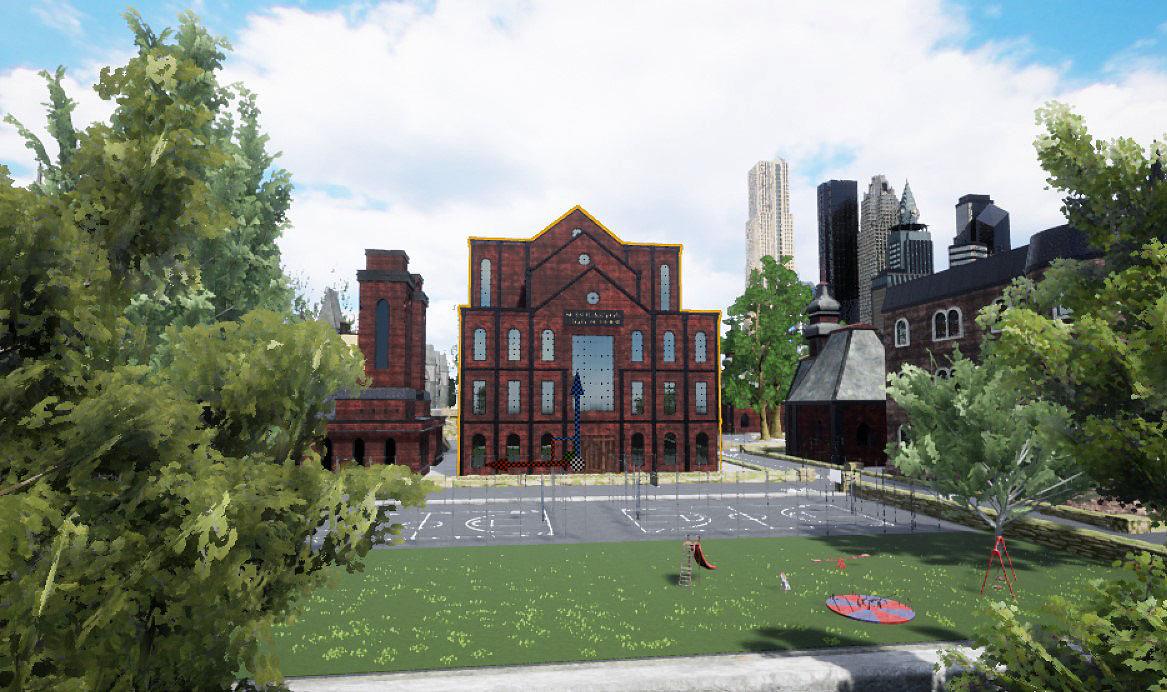 By the 1960's, Old Bradford was reborn a neighborhood of artists and musicians, thespians and pulp writers, struggling to make ends meet while practicing their crafts and passions. The housing was cheap, the restaurants were cramped and ugly but the food was good, the streets were dirty but frequently featured gorgeous art, and nobody really put on airs because everyone was about equally impoverished, and all for much the same reasons – they were doing it for the art. This in turn generated what can be considered a mini-renaissance, defining the district we know today. 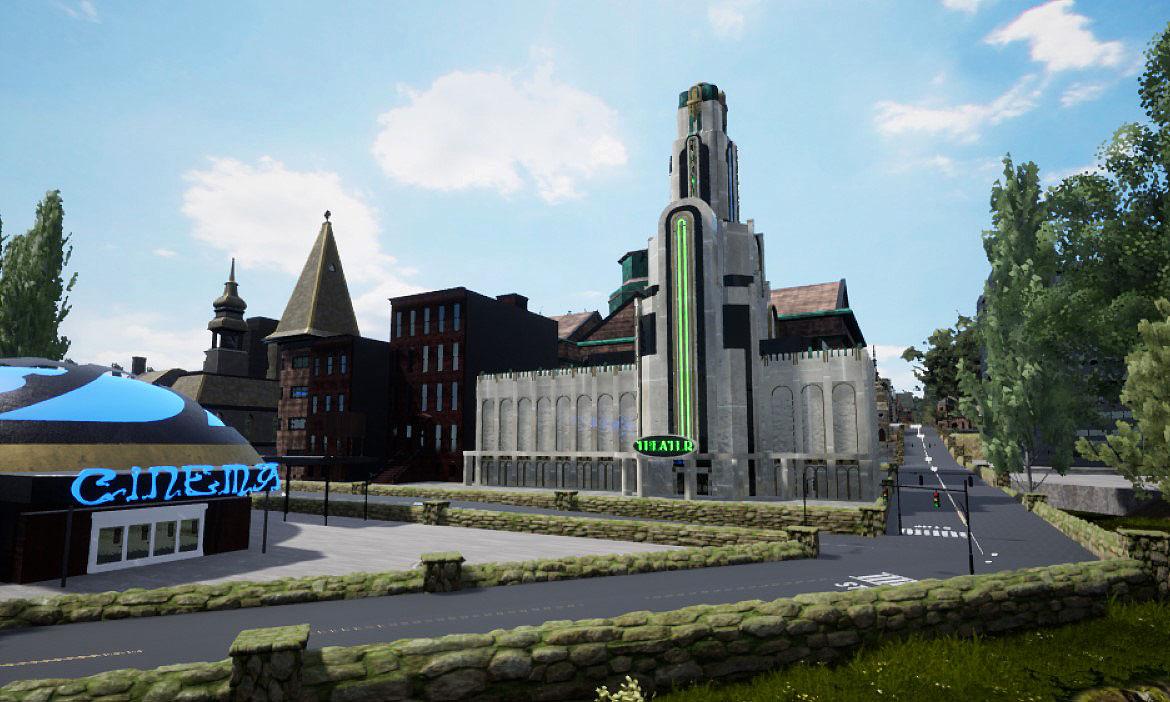 In gradual waves, the consumers of art and entertainment began to move into the neighborhood, bringing with them lots of new money. Old Bradford became renovated and clean. People here rent atrociously expensive historic houses or whatever corner they could find in this high-demand neighborhood, including bare-concrete studio apartments.

As as a new generation moved in, they supported efforts to 'improve' the neighborhood. Development especially grew in the New Bradford neighborhood, which saw an explosion of futuristic architecture built in the last decade that is either loved or hated by all who visit. 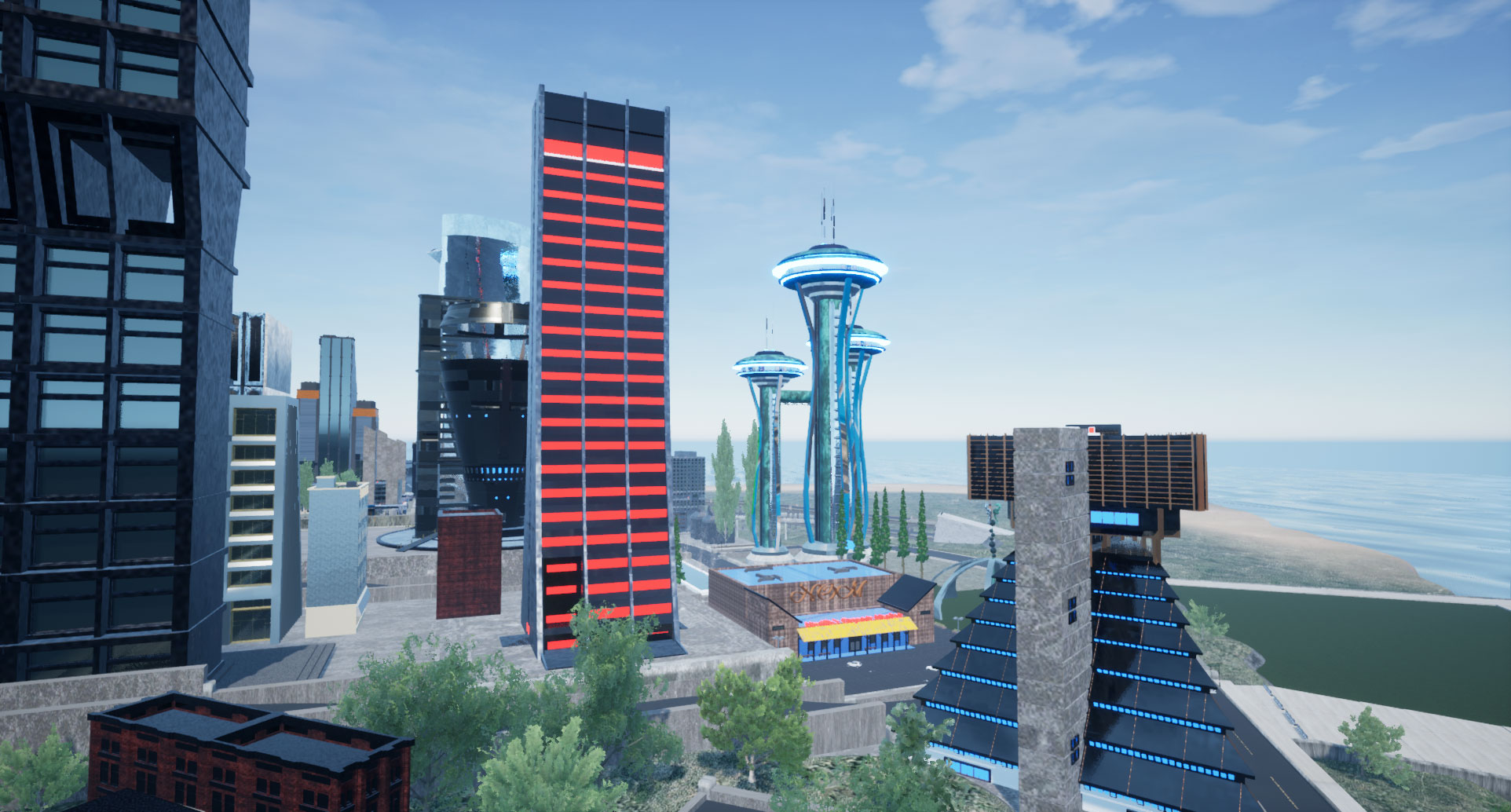 Despite all the changes, most people of Old Bradford still love the ambiance of the place. Trees and plants are everywhere, and its easy to feel like you are lost in the maze of old buildings tucked away out of sight of the skyscrapers. With the insular nature of the neighborhood, it is common for strange things to go overlooked here. There is a haunted house in the area, “Certified Haunted” by a renowned Spiritologist. Mysterious cults will sometimes take root here, as will other shady organizations run by the wealthy. 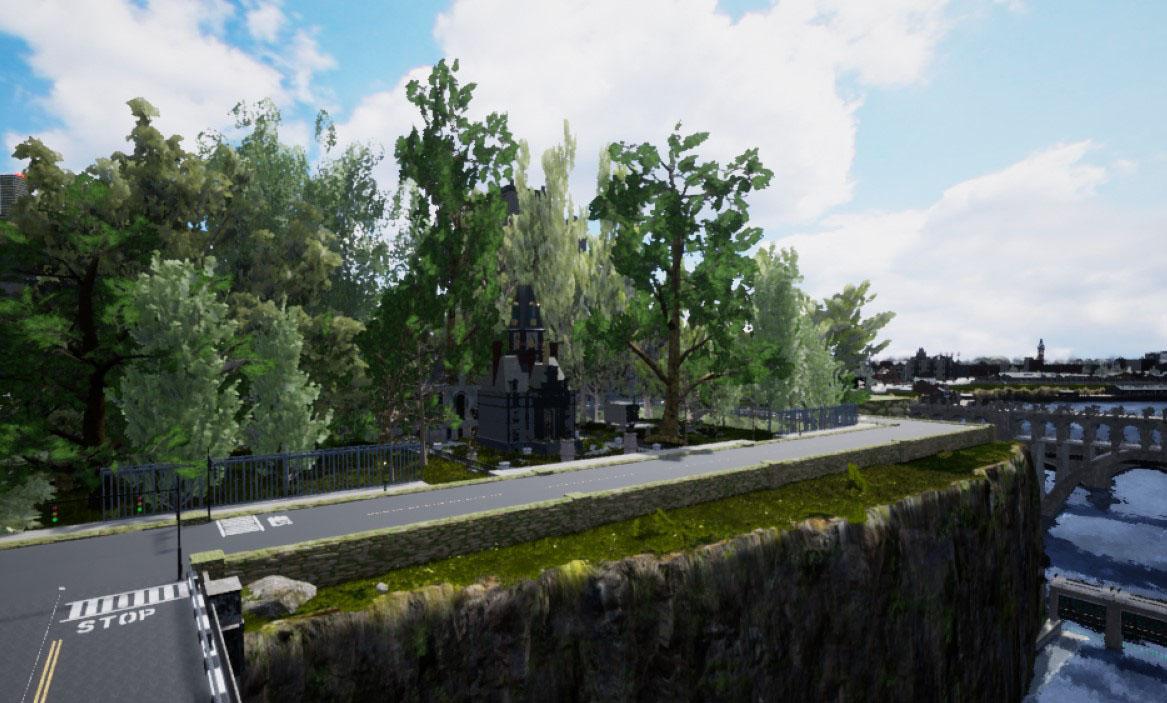 For Old Bradford residents, they love the quirky nature of all the happenings in this corner of town. There is a divide between those who loved the neighborhood when they arrived, and those who love the futuristic vision of where this part of town is going. But despite this divide, locals are very passionate about Old Bradford and will defend it against other parts of town as one of their favorite spots in Titan City. 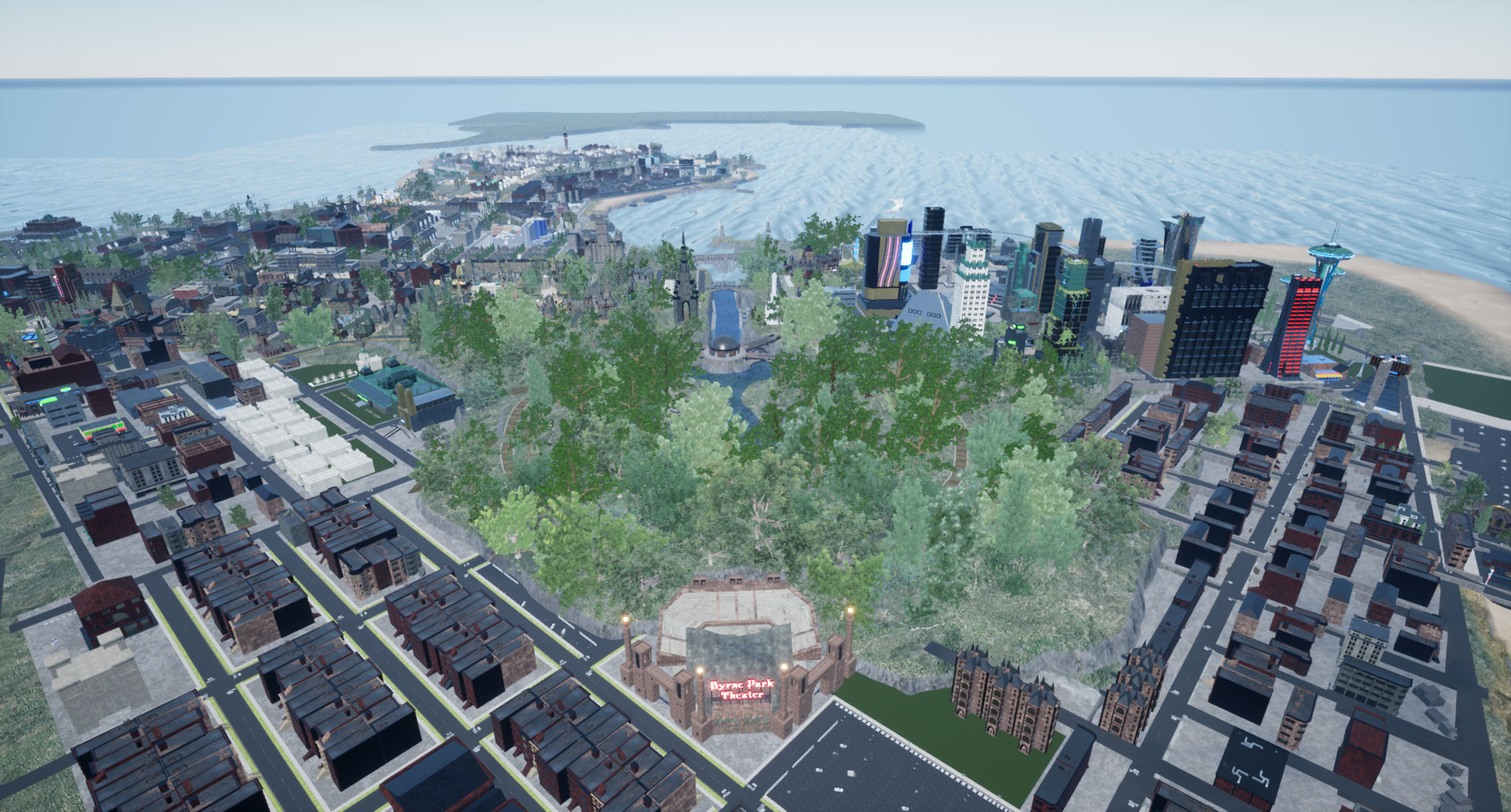 Old Bradford locals continue to pride themselves on being ‘weird’, and it shows in their expressiveness here. Impromptu street art is abundant along with street fairs and cape wearing events throughout the year.

One thing is for sure - Old Bradford has many interesting sites and secrets to explore. It is well worth the visit !