Landmarks, Moguls and Sites of Interest in the North Eastern Research District 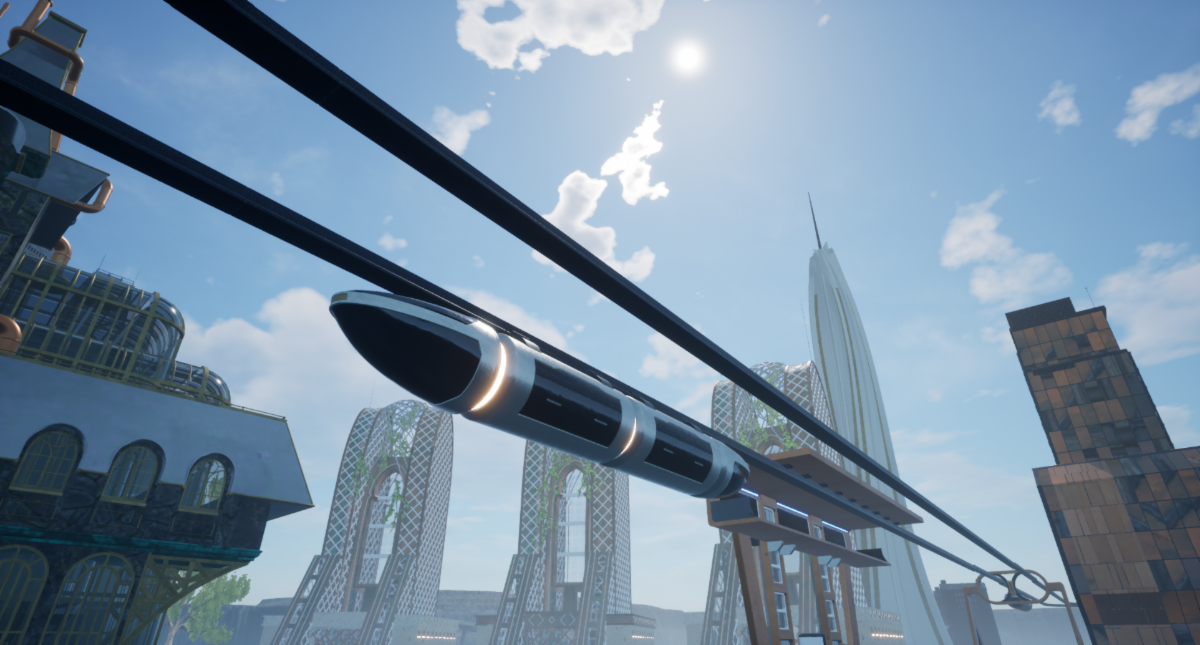 Built in the 1950s after retired science hero Professor Progress founded the Titan Institute for Advanced Science, the North Eastern Research District (NRD) is Titan City's most optimistic vision of the future. Home to much of the City’s scientific and technological research centers, the NRD is the focal point for scientific endeavors of all types. 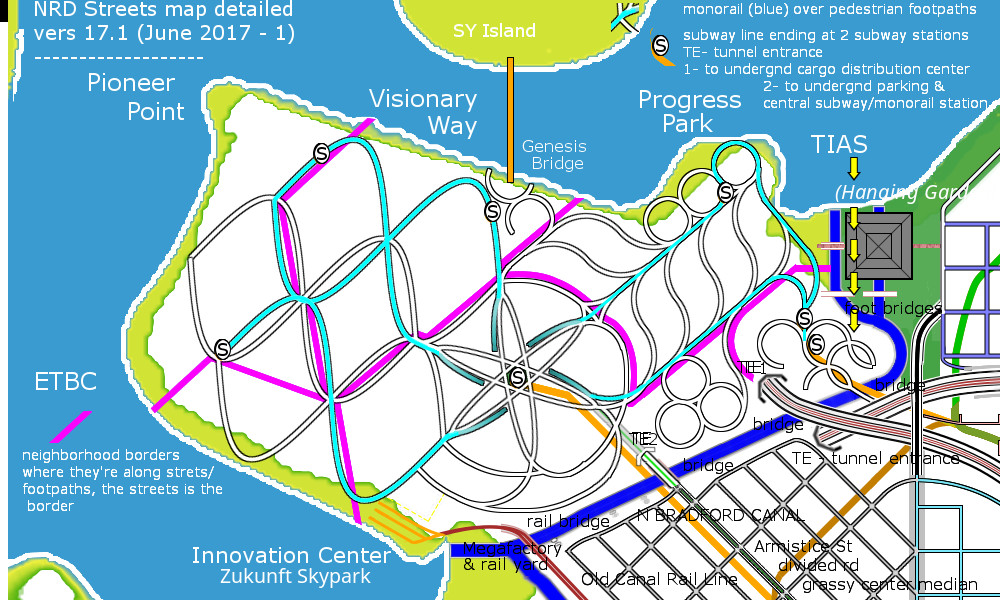 The NRD went into a brief decline in 1992, after Professor Progress was apparently killed during a demonstration. His children, Penny and Peter Progress, inherited the research district. Neither child inherited their father’s zeal for science, and the greater district was allowed to decay.

In 1999, after the devastation of Hurricane Atlas, EdenTech purchased a large swath of land from the Progress twins in order to establish the EdenTech Corporate Biocampus. This sparked a rash of land sales. By the middle of the next decade, the Progress twins were very rich, and nearly every major corporation in the city had a place in the district. By the early 2010s, the district is experiencing a renaissance, having been restored to the shining City of Tomorrow Professor Progress envisioned… but with a few modern sensibilities.

The Northeastern Research District is the City of the Future, though whose vision of the future really depends on what you’re looking at.

In Progress Park, the vision of the future is very Zeerusty and Retrofuturistic. Other buildings have more modern sensibilities. Closer to Armistice Street and the Genesis Compex, things tend toward steel and glass.

Near the Biocampus, the architecture becomes more green and eco-friendly. At RevTech, the buildings can look positively alien. Nothing dates back before 1950. There’s a lot of open space between buildings, and buildings tend to be very large. The streets are whimsically and logically structured at the same time, though that makes it very difficult for cars to navigate. As such, cars do not appear on the surface streets at all. Any and all motor vehicle transport (with the exception of golf carts) occurs in the tunnels under the district. There are no garages, parking lots, or anything of that nature which are visible.

A Retro-futuristic Paradise, Progress Park consists of the area immediately surrounding the TIAS. It’s much more open compared to downtown, and has a fairly retro-futuristic design. In recent years, the ePunk Radicals have taken up residence in this area, lurking on the fringes of the TIAS and using their holoprojectors to blend in. This area has several residential areas, shops, and restaurants. There is a train drop off point here, as well as access to Zukunft Skypark

The first institute dedicated to studying the Advanced (read, superhuman) sciences, TIAS is a college for the most brilliant minds in the world. Many scientific and technological heroes have a diploma from TIAS, and an equal number of scientific villains have found themselves scorning their colleagues for NOT UNDERSTANDING. The institution has a very Zeerusty/Retro-futuristic feel. Think Tomorrowland, or a World’s Fair. Very bright, lots of plastics and chrome. There are several retro style robots on campus that serve as guides and security, and it is a common senior prank to reprogram them to do something funny.

When the NRD was originally designed, there were large elevated freeways above most of the city. This was horrendously impractical, as most facilities didn’t want to put parking and entryways on the top floors of their buildings, so the roads eventually fell into disuse. After Hurricane Atlas, EdenTech and TIAS began a collaboration to revitalize the ailing skyways. The ultimate result was the Zukunft Skypark, an elevated strip of parkland that winds through much of the district. There is a lot of plant-life in this area, and the walkways double as solar panels. Specialized lifts at key points carry individuals to the Skypark from ground level. Certain buildings have converted their sky terraces into cafes and businesses. Most of the adjacent taller buildings have added access through the appropriate level, sometimes even adding a restaurant, cafe, or just a general terrace area.

Interwoven with the Skypark is Innovation Center, home to many of Titan City’s labs and research complexes. Most of them for generic laboratories, or S-Y Puppet Corps. (Terradyne, Aquachem). Tyrosine keeps its main R&D lab here.

On the eastern face of NRD, accessible from the Skypark and overlooking the luxury homes of Bayview, the ETCB is a set of three city-block sized, dome-like structures with translucent, glass-like exteriors. One dome contains hydroponic facilities and water plants, a second contains arid air and desert plants, and the third, the largest, contains several levels of tropical rainforest foliage. Each dome also contains buildings in its interior where EdenTech undertakes its scientific projects. (The domes should be enterable if possible, but the interior buildings and the rest of the complex need not be.) The structures between the domes contain EdenTech's business offices, a soaring public lobby containing EdenTech contacts, the residence of Stephen Workham, the facility's public lobby, and an apartment block whose landings are festooned with trees. Beneath the facility lie labs for testing EdenTech's more genetically or physically dangerous scientific projects, as well as its main storehouse of HEART suits and weapons.

Located on the northern side of the zone, towards Stoneham, this neighborhood is slightly more industrial and “alien” than the rest of the zone, and is home to the RevTech Complex. This is the newest part of the district to be developed, and is fully dedicated to the local aerospace industry. Buildings are more sparse here. There are docks here, which RevTech uses to load prototypes too dangerous or large to fly from such a small area onto barges to be shipped to a proper airfield. A ferry to Stoneham also operates here. You might also spot a Tyrosine experiment here as well.

Things occasionally escape from Tyrosine’s Playground, leaking into the waters below. As a result, the area around the bridge to the S-Y Barrier Island has a curious tendency to produce horrible monsters. PIT has set up a small outpost near the bridge to investigate. Officially, the stance is that the monsters come from the ocean. Unofficially, everyone is pointing fingers at everyone else, leaving EdenTech and the PIT to clean up the mess. Aside from the monsters though, the shoreline is rather nice. You can see S-Y’s complex across the bay, and a breathtaking suspension bridge connects the island with the Peninsula.

NRD will offer an exciting world of the future to explore for heroes and villains of every stripe!