We’ve finished a very, very big step forward for City of Titans.
We made our first packaged executable that we can call ‘the game’. We’ve done them before for demos, we’ve made beat-em-ups, but we didn’t have a structured login-auth-lobby-game process running.

What you’re going to see is the recorded video of the first packaged build of the game. The User Interface isn’t finished, but it’s a functional first pass - all the buttons work.

What’s that mean? Up to now, everything you’ve seen has been run from inside the Unreal Editor, the game builder environment. Now, we’ve got an executable program that can run on any computer. (Well, not any computer - we targeted this build for Windows, 64 bit. You need to make a separate build for OSX or Linux.) We’ve got something we could give to someone and say ‘here, run this’ and it would work.

Things went wrong as we built it. They always do. We were hoping to show you the character creator itself, we were hoping to load and save the character design. It works in the editor. But, well, it blew up as we packaged. Around midnight last wednesday we decided that we had found the problems - but it was going to take longer than we had to fix them. So we disabled them - but only for the moment.

We’ve supplemented that with video of the standalone character morphing technology - you’ve seen our body and face sliders as standalone pictures. Now you can see some of them in action.

What you see here is hard. It’s not done, but it’s some of the hardest work we’ve had to do for the game.

Why? Because a lot of other people are trying to use Unreal, and a lot of them are trying to make a game about punching other people in the face. And they’re all talking about the fun stuff. But a much smaller group is talking about the hard stuff. And even fewer are doing anything closer to what we’re trying to do - a massively multiplayer game, with a patcher that can patch itself, which saves your character design on a server, so you can load it wherever you go.

Of course, with new advances come new problems - we don’t have hair working yet because the fancy things the head does? Well, if you make the head bigger, it swallows the hairline - and bald superheroes are in style, but balding ones aren’t. We know how to solve that - but we’re not there yet.

On the other hand, our mocap studio works pretty okay. All it required was two hundred dollars in software and a kinect. We even have fingers working!

We needed network infrastructure - authentication and authorization - patcher servers, chat servers (it’s not in the video) and so many other things.

We’re not done. But we’re getting there. 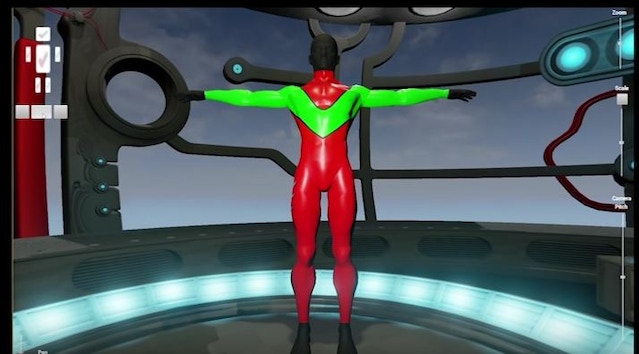 Discuss this update at http://cityoftitans.com/forum/discuss-was-not-easy-and-its-not-finished

This update was brought to you by the Prototype Team at City of Titans, featuring AvelWorldCreator and Dr. Tyche.