The following relates to the female body model (unless otherwise stated)

Issue 1: While either the Horns or Large Horns are selected several ear sliders (specifically EarHeight, EarPlacement and EarScale) actually make the left (and only the left) horn move as well. It's as if the two ears and left horn are currently connected by the same internal body model attachments linked to the ear sliders.

Obviously none of the horns should be moveable by the ear-oriented sliders. But the idea of horns being adjustable by their own dedicated sliders is actually a very awesome idea and I hope there might be a way to give horns their own set of adjustment sliders for this purpose.

Issue 2: The following issue is not quite a bug but it's not really a mere suggestion either. Basically the female model's bikini bottoms don't fit the body model properly. To be clear the current "backside" of the underwear looks OK - the main problem is the front side. The most glaring point is that the material spreads down along the inner thighs in an unflattering way. It makes the model look like she's wearing an adult diaper. Basically spandex-type materials would not fit to a woman's body the way the current underwear is drawn and really should be corrected. 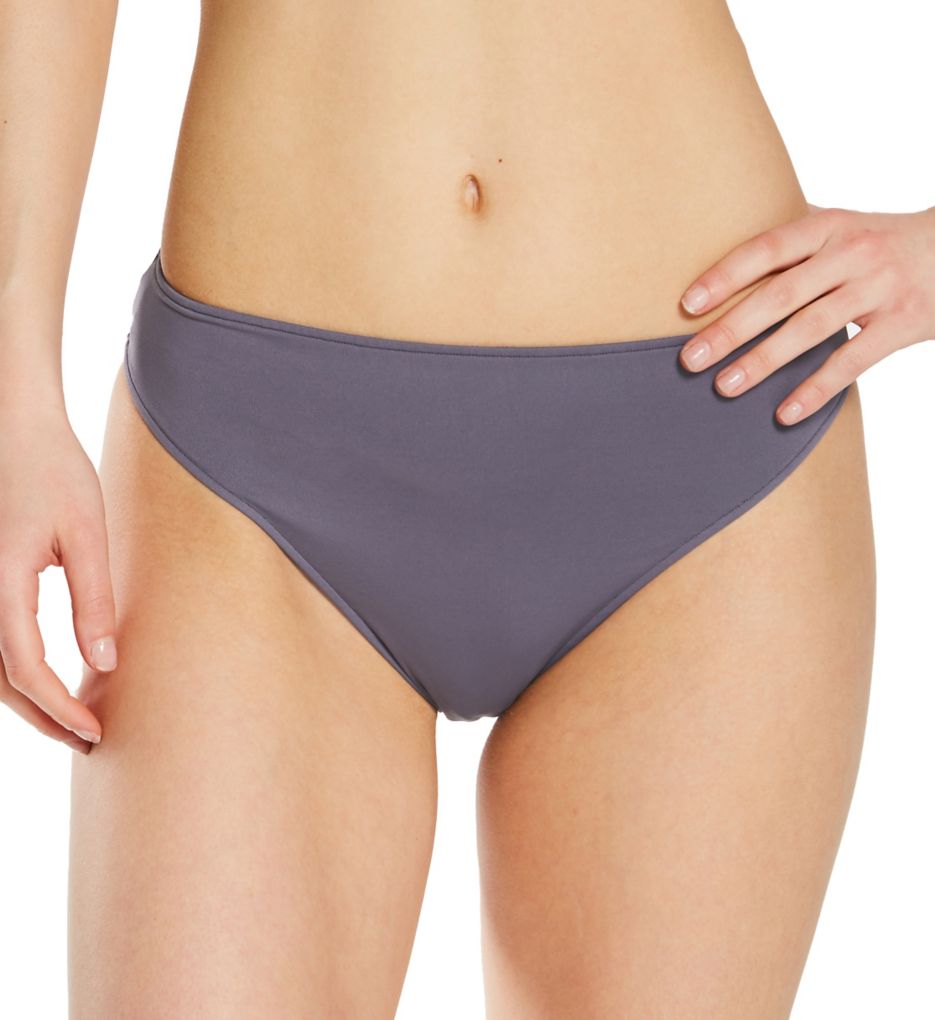 I've taken a screen shot of the current in-game female model and drawn some rough adjustments (in black) to show a possible way to modify the underwear: 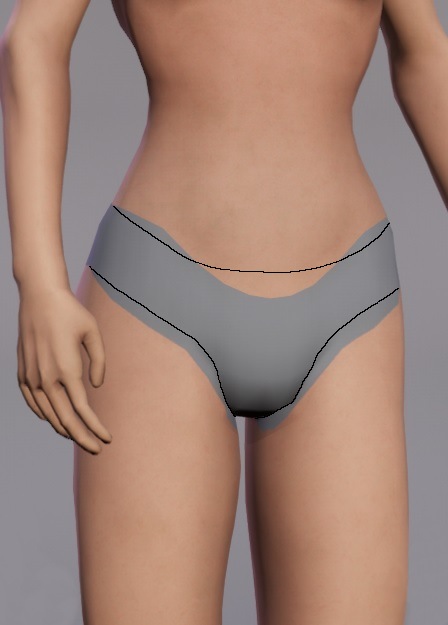 Hopefully it would not be prohibitively difficult to make these corrections now while it's still early on in the development process.

I've provided the following two pics more as actual suggestions for future alternative choices for female "bottoms". Again note that the material of the clothing does not "creep" down along the inner thighs:

This last pic is a reminder to the Devs that eventually we're also going to need an option for "solid tights" (similar to the current option for fishnet stockings): Agree with you, but before devs have to correct female avatar skeleton and meshes. Titans ladies are way too "masculine".

Agree with you, but before devs have to correct female avatar skeleton and meshes. Titans ladies are way too "masculine".

I've seen several other Forum/Discord posts already mentioning the "too masculine" assessment so I didn't feel the need to repeat it here. For what it's worth the shoulder mass/width and upper arm shape of the female model definitely needs to be tweaked accordingly.

I mainly wanted to bring up a few other things that didn't seem to be specifically recorded elsewhere. I would agree that ALL of these things need to be fixed as soon as reasonably possible before too much more body model development gets set into stone and potentially becomes harder to change later on.

The inner thigh tights thing I'm sure has been mentioned before. It's sooo glaring that I was hoping that it was already on somebodies shi...fix-list. It looks worse when ever the model shifts as this "extensions" stretch and appear even longer.

The inner thigh tights thing I'm sure has been mentioned before. It's sooo glaring that I was hoping that it was already on somebodies shi...fix-list. It looks worse when ever the model shifts as this "extensions" stretch and appear even longer.

Turns out I spent a good deal of time skimming over all the recent threads I had missed (long story short I've been at sea for most of the last 6 months) and surprisingly enough I didn't see this "glaring" problem mentioned at all. Obviously someone might have talked about it and I simply missed it. But honestly this is the kind of thing I would have thought would have been ranted about multiple times all across the forum/discord. Go figure.

Sure I wouldn't mind if this game eventually had an option for "skin tight shorts" that were similar to what these girls are wearing: But it's clear that something like this is not going to pass for "basic female underwear" and/or the bottom part of a basic leotard type outfit.