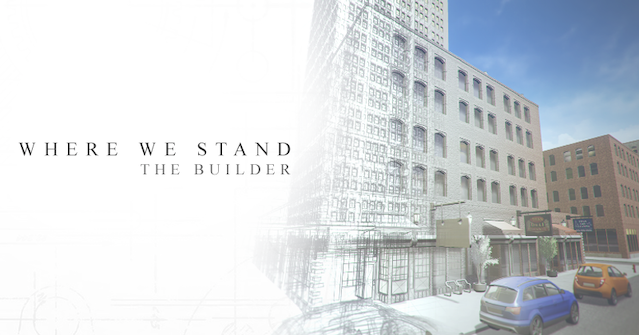 A lot of work, time and thought has been put into Titan City to give it an identity and personality. Our world map is 16 miles on a side, making it massive in scale. Today’s update is on the tool we have produced to make such a massive world possible. “Builder” automates whole segments of worldbuilding a city, enabling in seconds what normally takes hours.

This is the start of a street in the University section of Alexandria, our starting district in the northern half of the city. We paved the way for the builder in several ways. First, we prepared the terrain, which was covered in Maps: The Resolution. Then we painted a picture of the rough town layout, and laid it down right over the map. It’s full of bright color coded areas, each with a specific meaning. 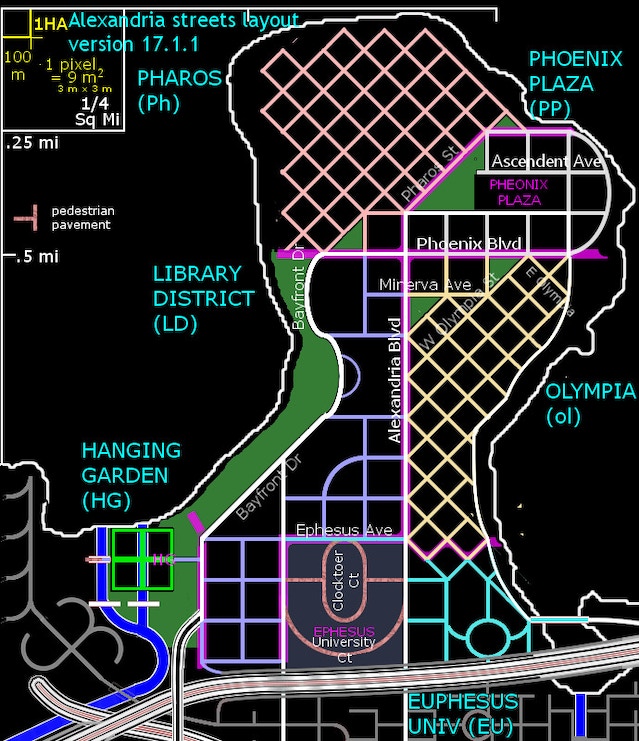 Then we greyboxed the area out. Greyboxing gives shape to the world using simple shapes, so we can see how well the placement works, and enabling us to make rapid adjustments. This way we can determine sight lines, and get a sense of how the world feels. Greyboxing resulted in us putting boxes of about the right shape and size where the city elements need to go over entire areas.

Once we knew the general shape of things, we started to lay the roads down. It’s not as simple as it sounds. Each road section needs to merge smoothly at every crossroads. Doing that in a simple cross is one thing - but this is a city in New England, and this region’s streets are based on winding paths laid down in colonial times. Five intersecting paths where the shade tree was became a five way intersection, and so on. Strange angles, roundabouts, hills with odd angles, all have to be dealt with. Only then do we construct the buildings themselves.

Gettting the road grader in is harder than it looks

There are two major approaches to buildings in game, but both have their drawbacks. Many studios construct the building as a single object in your favorite 3d modeller. This consumes lots of time and resources, and many games reuse the same buildings over and over to compensate. This method means each building as a unit is consuming significant space on the player’s hard drive as well. 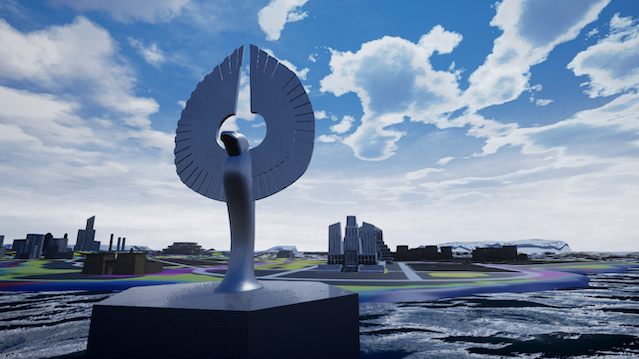 The same shot as above, a day later

The other approach is to build the buildings out of reusable bits, enabling you to mix and match pieces to make new finished results while reducing the storage footprint on the client computer. We’ve used this method ourselves. These smaller elements take far less time for the modeller to make, and can show up in all sorts of different ways. The drawback is that constructing the building itself takes more time, as you have these pieces of buildings to assemble. Whichever method is used, the process takes many hours.

“Builder” lets us do better than either method. We feed it parts and instructions based on the neighborhood being worked on and Builder spits out a building. Here is the end result, side by side against a building hand assembled out of individual pieces. One of them took six hours. One took two minutes. Can you tell which is which? 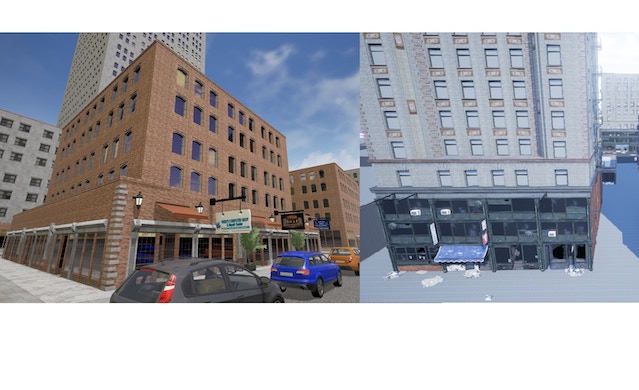 We’ve promised you all a city you could call home, big enough for heroes and villains and all the shades of grey. Builder is a big part of what makes that possible. It can be used for more than what you see in front of you - insides and outsides and less expected parts. We've got a Lot more to show you...

Are you ready to Answer the Call?

Thanks to: GeeksGoneBad for Builder, Charles 'Clogan' Logan who will be streaming his art Thursday evening, 9 PM Eastern, at https://www.twitch.tv/cloganart , Dr. Tyche, Shadow Elusive, and the whole Prototype Crew.