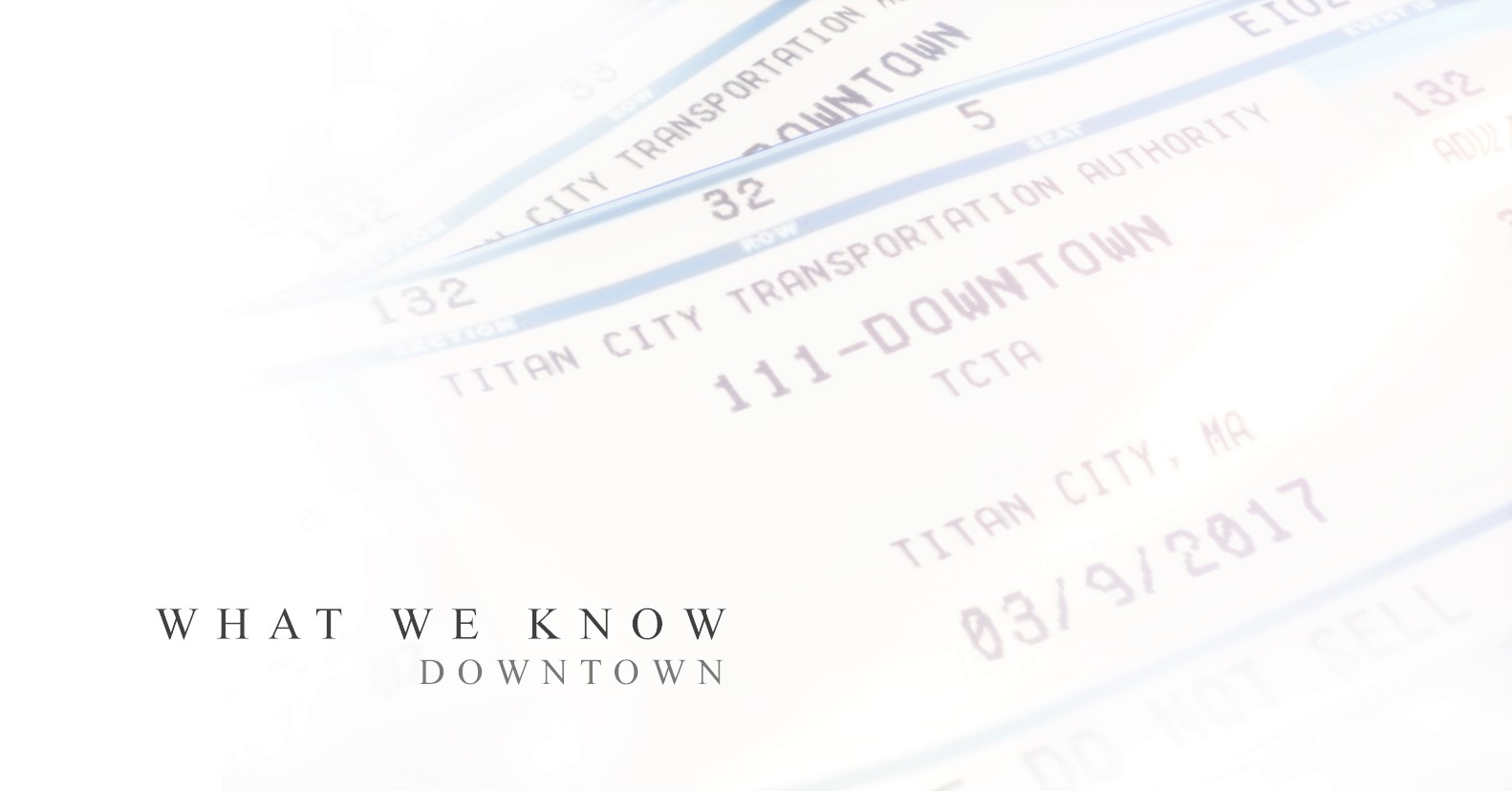 Downtown represents the commercial and architectural heart of Titan City. It contains numerous offices and public buildings. Built over the course of a century, its soaring spires and spectacular towers stand as testaments to the city’s enduring strength. Noted Titanite Chester Gilbertson once described the area:

“This is the beating heart of a city. Even as the city sleeps, the streets are alive and restless. People stride to work full of purpose, or play on sidewalk and skywalk chasing their idle pastimes. Ranks of automobiles throng the streets, and the skies are always full of birds, planes, and super women and men.”
History

This turned out to be a blessing in disguise. City planners redrew the area’s layout, replacing the tangle of winding, narrow streets with a grid of wider thoroughfares suited to automobiles. More importantly, the demand for new construction lured visionary architects and builders from all over the world. In the 1920’s and ‘30’s, its skyscrapers achieved worldwide renown. The “shining spires of Titan” became as symbolic of the city as its burgeoning hero population. Even today, no image of Titan City is more iconic than that of a hero perched on an elaborately molded skyscraper, standing watch over the city.

Several buildings suffered serious damages in Hurricane Atlas in 1998, and a few even collapsed. Most of them have now been replaced with Postmodern equivalents. The new construction also finally jump-started a project that had been discussed since the 1930’s: an attempt to connect skyscrapers with a network of skywalks and platforms, creating a true “vertical city.” Even more surprisingly, airship traffic, gone since before World War II, has recently returned to the area, with aerial visitors ranging from blimps to more unwelcome ones like the Aether Pirates. The last decade and a half has seen a rebirth of business and tourism in downtown.

Downtown is home to a number of commonly recognized neighborhoods, including Fountain Street, named for a very small fountain rebuilt there soon after the fire of 1908. This area is home to Titan City’s tallest skyscraper, the Liberty Building, as well as many other famous structures. Another neighborhood of skyscrapers is Armistice Street. Where flowing stone and colorful ornamentation characterize Fountain Street, Armistice Street is a place of reflective glass and steel, echoing interiors, and the biggest of big business. Cape Chasers may want to visit the Orbit Room revolving restaurant, a popular hangout for crimefighters. Next is Fitzgerald Square, named for the united city’s first mayor. This small neighborhood contains much of the downtown area’s retail and residential space.

Named for the common pasture that occupied this area long ago, Common Street is the least healthy part of downtown. This area boomed in the postwar years, and many mid-rise buildings were built. Common Street suffered greatly in the economic contractions of the seventies, and now many of those buildings are empty or in serious need of repair. The sidewalks here tend to be cracked and deserted, and people hurry through, rushed in daylight and furtive by night. The only major activity here is transportation.

Perhaps the most unusual feature of Downtown is the Skywalks. The skywalks connect the upper levels of several of the tallest buildings at the intersection of the Fountain Street and Armistice Street neighborhoods. A “vertical neighborhood,” this area includes enclosed and open skywalks connecting the buildings, as well as several rooftops.

Downtown is home to a huge, wildly eclectic range of superbeings and superpowered groups. Some of the more frequently glimpsed groups include enforcers of the Black Rose, the Aether Pirates, and the ePunk Radicals. Prominent supers often seen in the area include Captain Orbit (at the Orbit Room), the speedster Celerity, and a host of others. Nearly every prominent hero and villain in the city has fought in or at least passed through Downtown on multiple occasions.

Am I the only one who thinks the Titan City Office of Tourism should be paying for this? - apedude143

I think there are robots or something breaking stuff at the Common Center construction site. My friend’s cousin saw one. - rockinman995

That’s an urban legend. Everyone knows that robots only steal from junkyards and things. - apedude143

I saw Celerity downtown the other day. He’s so amazing! -xXxLightGurlxXx

Someone get those two together … - greenpurpleman

Nah, I think Celerity and Memory already dated. She dumped him when she found out what he really thought of her. - greenpurpleman

I just wish I had traffic powers. Boss always keeps me ~10-15 min. late and that translates into another half-hour sitting in my car before I make it to the tunnel. -ROlsen

Anyone seen any Scorpion activity around Downtown? Asking for a friend. - RHenshaw

“[P]eople hurry through, rushed in daylight and furtive by night.” This melodramatic tone is not appropriate for a website devoted to serious observation of the city. - InUrDatabase