Howdy, folks. Warcabbit here. Today, I’m going to bring you a very special side project. We’ve got a lot of really creative people in Missing Worlds Media, and sometimes we wander off down side roads that aren’t related to the main game. This one is worth telling you about. Our own Terwyn started it, and I’m glad to say I was somewhat involved, but I’m going to let him tell it to you his own way.

Hi everyone. This isn’t the normal update that you’ve come to expect from us, because as Cabbit said, this isn’t related to the main game, although it certainly wouldn’t exist without some of the gorgeous work done by our people.

You see, back in December, a conversation over some concept art of Anthem led to an interesting side project – the creation of a high-quality cosplay costume based on the art by our very own Cajun Catfish. As it happens, Cajun is a cosplayer, and she designed the costume as something capable of being made in the real world when we started. 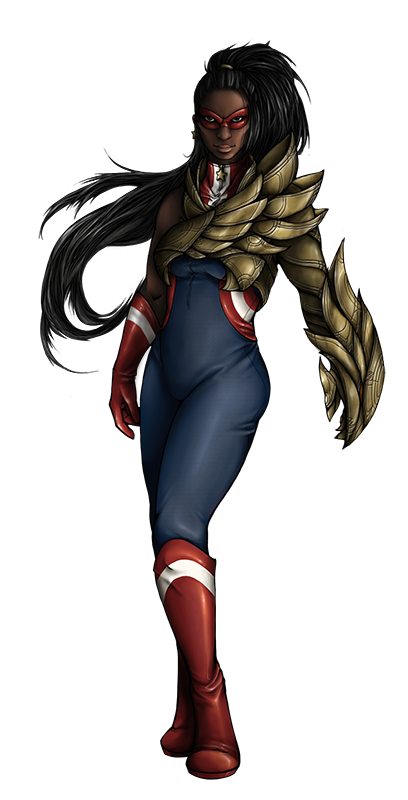 There is one minor, but important note. Anthem became something of a metaphor for the project during her development - and is a wounded warrior. She was hurt badly during the Atlas Event, as we all were - and even with her magic armor, she’s still missing her hand. Now, clearly, we’re not going to ask anyone to cut their hand off to wear the costume, but since we’re designing the whole thing like a practical effect, exploring the design of the prosthetic came up every so often.

As luck would have it, I was introduced to a fabricator capable of producing a prosthetic of suitable quality and complexity, A. Bleys Ingram. He has been quite a friend to the project, especially over the several months we spent in production of the prosthetic. I’ve been honoured to be a part of it every step of the way because I’ve been volunteering at a Family Retreat for people with extraordinary needs (such as requiring a terminal device) at the end of August for the past few years, so this was only a natural extension of things I have already been doing. 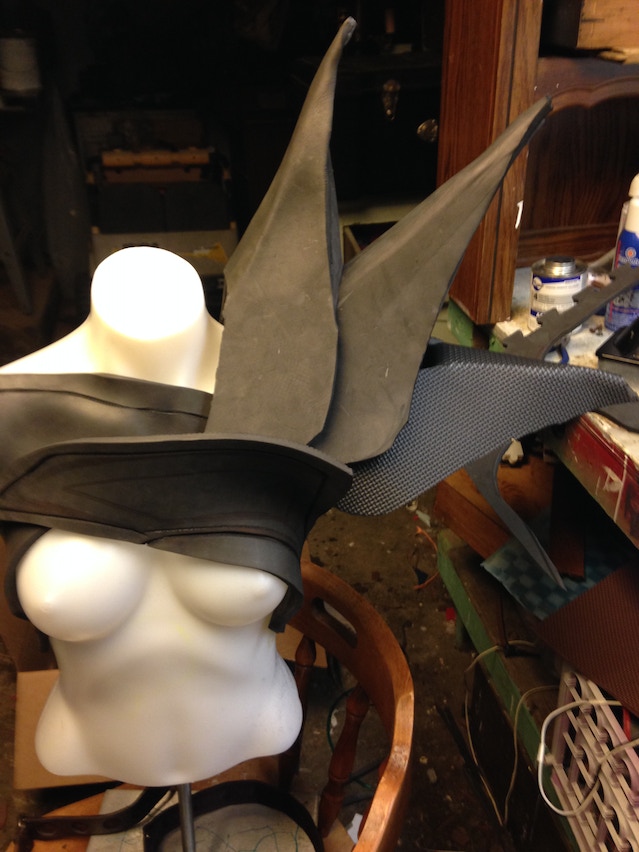 I am proud to have commissioned and supervised the design and development of this prosthetic, because Mr. Ingram had an ulterior motivation for taking it on which blew me away with its ambition and altruism, even considering my motivations for adopting this subproject. You see, he had previous experience with the 3D printing and assembly of open source designs, submitting them to various challenges. Later, I’ll let him explain in his own words how this project took shape. 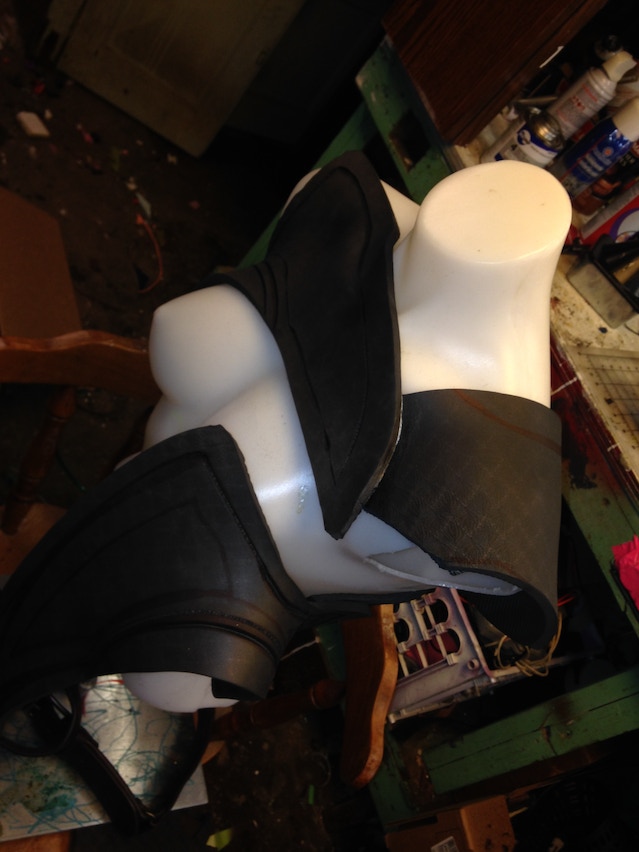 Here’s the challenge where we entered the prosthetic.

Here’s what Mr. Ingram had to say:

From the beginning I knew that this project merited the design of a completely unique terminal device (prosthetic hand). The device needed to be aesthetically compatible with the ANTHEM concept art. I also wanted it to be easy to adjust and maintain.

I already had a deep interest in prosthetic hands. I had experience 3d printing and assembling open source designs. I had also designed a terminal device for the VA INNOVATIONS grabcad challenge. I decided that I should find an alternative to the cable/tendon system that drives most of the open source hand designs, since the tension would often require adjustment. These adjustments would be complicated by the ANTHEM costume elements.

My first approach was to create geared linkages from laser cut acrylic. Moving any link of any finger would move the entire mechanism. This rapidly became too complicated and was abandoned.

The next strategy was to link acrylic finger sections with 3d printed flexible TPU filament. This would be much faster than a completely 3d printed design. The flexible filament removed the need for elastic but the hand would still need cables and a way to tension them.

The next major change in approach came from material scarcity. I had access to 3d printing filament but not to the acrylic. I began to design, print and test “print in place” fingers. These printed fully assembled and ready to go.

I experimented with several different materials as cables and many ways to tension and pull them. Most didn’t work or they were too complicated. I eventually started working with zip ties. The internal ratcheting could be used to adjust tension. I also found that they were ridged enough to push the fingers open as well as pull them shut. I had found my tension solution.

I entered the design under the name ZipGRIP in the e-nable foundation modular terminal device challenge. I am proud to say that it took first place. It is my hope that with some refinement and testing, the ANTHEM TERMINAL DEVICE will be fabricated and used by people with limb differences all over the world.

Thanks to Bleys, we’ve been working on this prosthetic since January. I’m very proud of the work that we’ve completed, especially because I could have simply asked Bleys to adapt an already available design for it. But as he is also responsible for fabricating the armoured parts of Anthem’s costume, the two of us felt that it would be best to take the risk at the new design, because it would not only ensure a higher quality end product, it would also bring something new into the world. Knowing the community surrounding City of Titans, I felt that was more important.

Here’s a quick video of the prosthetic mechanism in action:

What happens now? We’re still trying to figure that out, because even though the prosthetic took first place in the competition, Bleys suspects that volunteer engineers from the host organization of the challenge will be doing some printing and prototype testing, to aid in the further refinement of the device.

It is my hope that this sort of venture is only the beginning, as this sort of thing hasn’t exactly been done before. As for the costume itself, that’ll be the subject of an update at a later time.

If you’d like to look at the specifics of our entry, and download the necessary CAD files for it directly, we’ll be providing the final versions of these files once we’ve got the parts laid out in a single, easy to use file. Look for it in a later update.

If you really want to see the specs of the Zip-Grip, you can look right here. https://grabcad.com/library/zipgrip-1

And if you want to see us winning the contest, it’s right here.

Thanks to A. Bleys Ingram, Cajun Catfish, Terwyn, Segev, and everyone else involved in the project.

City of Titans is proud to have helped in even a minor way with something that’s going to make the world a better place.