Following in the footsteps of Fireheart, I thought I'd share a few backgrounds of characters that I have created. Culach was my primary character in CoH, and evolved beyond my original concept of him as a knockoff of Deathstroke/Deadpool. 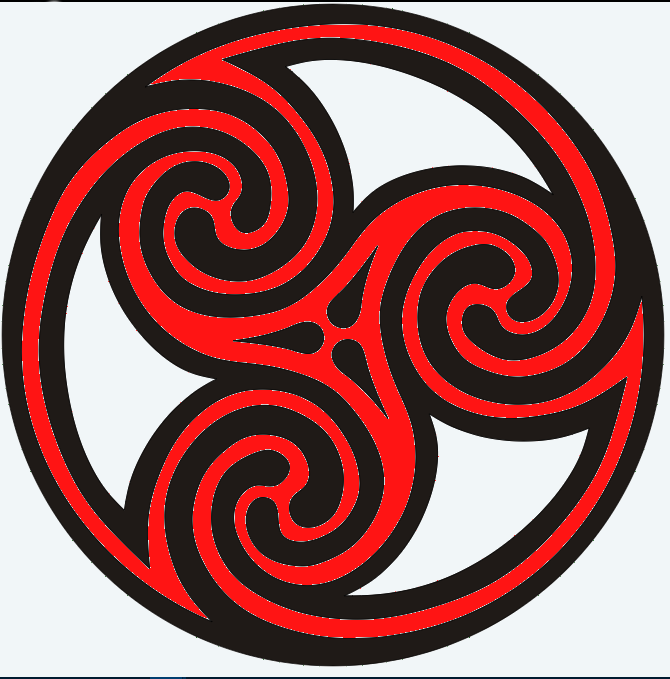 History
Marcus Anthony Taran Sumners was always interested in the martial arts, even from a young age, spending hours watching Bruce Lee movies, and getting his parents to enroll him in a local school for Muay Thai. As he grew older he branched out and learned Tai Chi Chuan, and eventually added Baguazhang to his repertoire before he graduated from high school. Because of his martial studies he picked up Thai, Japanese, and Chinese (both Mandarin and Cantonese), learning to read and write each.

In his final year of school he decided that he would join the US Army in order to pay for college, since his family couldn’t afford it, and scholarships wouldn’t go far enough. After his testing, he found that he qualified for the Intelligence Corps and thought that would be interesting. He talked a friend into joining, and when he finished basic he was a Private First Class (PFC). He excelled during his Advanced Individual Training (AIT) and was promoted to specialist just before being assigned to his new unit and being deployed for Operation Desert Shield. While there he learned Arabic to make life easier. Due to a series of Random events he earned a field promotion to Sergeant as well as a Purple Heart and Silver Star.

This same series of random events left him in possession of a clay tablet. In order to figure it out he also had to learn cuneiform and alchemy. He learned that it was a formula for immortality, but only for those who were truly prepared to pay the cost it would exact. Reading the list of ingredients, he felt it was actually a suicide potion, and shelved it.

After his unit returned to the States he began attending college and was able to get a bachelor’s degree. With his degree in hand he sought and was awarded an endorsement to Warrant Officer’s School, where he again excelled. He also managed to get jump school and air assault training during this time. He had also become involved with the Historical European Martial Arts Association, and became somewhat of an authority on the uses of pre-gunpowder European weaponry.

After Warrant school he found his new unit deployed to Bosnia, where he was involved in a few missions that allowed him some door kicking experience, and unfortunately showed that he was as good at hand-to-hand combat as he thought. He picked up German, Bosnian, and Italian while deployed. During this time he also met Dusa (Doo Shah, Bosnian for Soul), who was vetted, and he later married and brought her back to the US.

Then came The Attack.

His twins had been born, Davud and Ana, and he deployed with his unit to Afghanistan shortly after their birth. He spent time over the next few years in both Afghanistan and Iraq before he finally retired in 2010, with investments he had made before he met Dusa making them low end wealthy, so they were able to live comfortably on the interest, allowing him to pour his time and love into his family. He also became more involved with HEMA and discovered the Keysi Fighting Method.

The addition of Superhumans to the world did nothing to bring peace. It made bad people worse, but did allow good people to be better. Marcus was unsure where he would fall on that scale, but knew that his family was his job and his life first and foremost.

He did advise during various conflicts, but chose to not return to service, acting merely as a consultant, and remained as an advisor after, earning his family a bit more income, and minimizing his time away from his family.

He was away at a briefing when his family was murdered.

The worst gang in the city near where they lived had decided that they wanted the house and land he and his family lived on, and performed a home invasion, killing everyone, but there was evidence that both his wife and daughter were raped before they were killed. Even though Davud had activated the silent alarm before he was killed, the police didn’t arrive until two hours later, and the gangbangers were already gone by that time.

The police told Marcus what they knew, and when the cleanup crew had finished he was allowed back into his home. Unknown to everyone, there were hidden cameras throughout the home and property. When Marcus watched the video, and listened to the accompanying audio, he saw that Davud had been forced to watch as his mother and sister were raped, and his throat cut after the gang had finished with them. His wife and daughter were forced to watch as Davud bled out, and then their heads were crushed by the gang’s super-strong enforcer.

At this point he decided it was time to follow through with the alchemical formula from years ago. He would need what it offered if he were to take on superhuman criminals. After drinking his mixture his body was wracked with pain. When he became aware he found himself in the lands of the dead, the place between all the afterlives that people can find themselves in. This was the land for those who chose not to move on.

After a week of fighting his way across this landscape, battling the souls of humans and spirits that never had been, he arrived at the location that correlated to his body where it lay in his home. He could see his body represented, and he lay down within it and woke up in his bed.

Marcus felt the change down deep in his bones, in the core of his being. Killing his body could be done, with difficulty, but keeping him dead was the next best thing to impossible. In addition, he had gained new abilities that would aid him in taking his fight to his enemies. It was at this point his parents came to check on him.

His parents recognized that he was going to get his revenge, but they cautioned him about doing it as a frontal assault. Advising him to stick to his expertise, they left letting him know that they would act as an alibi when needed. They had loved their daughter-in-law and grandchildren and were in agreement with their son that rabid dogs needed to be put down.

They also noted that he looked younger and fitter than he had in years, which came as a surprise, and caused them to all begin to realize that his change was more than just emotional. He now looked like he was in his mid-20s, rather than his mid-40s.

He settled in and did as they had advised, a spider in the center of its web. It was a few weeks later when his prey showed up.

The gang started to get angry when several envoys sent to suggest that he sell the property to them disappeared, finally breaking down and going out in force to make him sell; and tell them what happened to their missing members. They even brought their superhumans: two bricks, two blasters (one firing lasers, the other pure force), a speedster, and a pyrokinetic. In all, forty-one ganbangers, along with their leader, had come to “talk” to him.

They couldn’t see his grim smile. He manifested Uirlis, the extension of his will that could become any handheld weapon he could imagine.

There is no evidence of the “meeting” between Marcus and the gang, but the entire gang disappeared that day, except for those that had participated in the deaths of his family. Their bodies, including the brick, were found hanging skinned and spread-eagle, their skins hanging like tapestries behind them, in a gang owned warehouse with no evidence of who put them there. It was a warning, but most people aren’t sure to whom, or what it means.

A week later, Marcus walked into the local super-team’s headquarters and asked if they, or any team they knew, needed anyone with his particular set of skills and abilities.

Appearance
Culach wears a black paramilitary uniform under black ballistic armor, highlighted with red and a luchador style mask of black and red. He sometimes adds a hood.

Out of costume he has red hair and blue eyes, and stands about six feet tall, with wiry muscles. He dresses well, but tends towards the understated, or whatever will allow him to blend in with those around him.

Personality
He doesn't give his trust lightly, and those who have earned it are highly valued friends that he would lay down his life for. Those who break that trust quickly find that he won't even acknowledge their presence.

His day to day demeanor is generally friendly, though reserved. He is proud of his past military service, and still relates best to veterans and others with military or law enforcement backgrounds.

He doesn't like not knowing and will find ways to get the information he is seeking, sometimes he does this in not so legal ways, though he tries to keep this type of thing to a minimum.

When entering combat he is a very serious and focused individual, unnerving some opponents.

Symbol
A black and red triskelion

Heh, My friend Culach is not afraid to let his inner demons roam around. While I avoid giving 'dark' things any energy or creativity because I feel that just encourages them. So, my creative energy goes toward telling light, bright, shiny stories and glossing over the rough stuff.

Culach was NEVER envisioned as a bright and shiny kinda character. He rides the bleeding edge between hero and villain.

Yeah, I remember desperately trying to keep up with a certain mad Broadsword/Regen Scrapper... Either trying to absorb all the aggro and hold the foes for him to murder or to heal/protect him enough to keep him from dying.
Playing with Culach was always exciting when it wasn't exhausting.

Hey, I remember soloing half a map a few times when the rest of the team went the other direction...or missed seeing they had grabbed aggro from another group...I miss those days...

I remember the insane adventures of the FF/Energy twins, constantly sweeping baddies off the other's back and playing KB Soccer with them while pausing to refresh the bubbles, whenever we remembered to.

Other concept team-ups could be equally exciting/terrifying. Then there was Paish and her wild Exp Farm, where we didn't touch the villains, but just focused on keeping her Brute bulletproof.