I’m your Project Lead, Warcabbit, here to walk you through the state of the game. We’ve had some setbacks, some advances, and some hard progress recently, so I thought I’d lay the stats on you.

The game, right now, is a bunch of projects flying in formation. They’re not joined up, but we know when they will, and we’re making sure everything will match. So I’m going to break this down department by department. 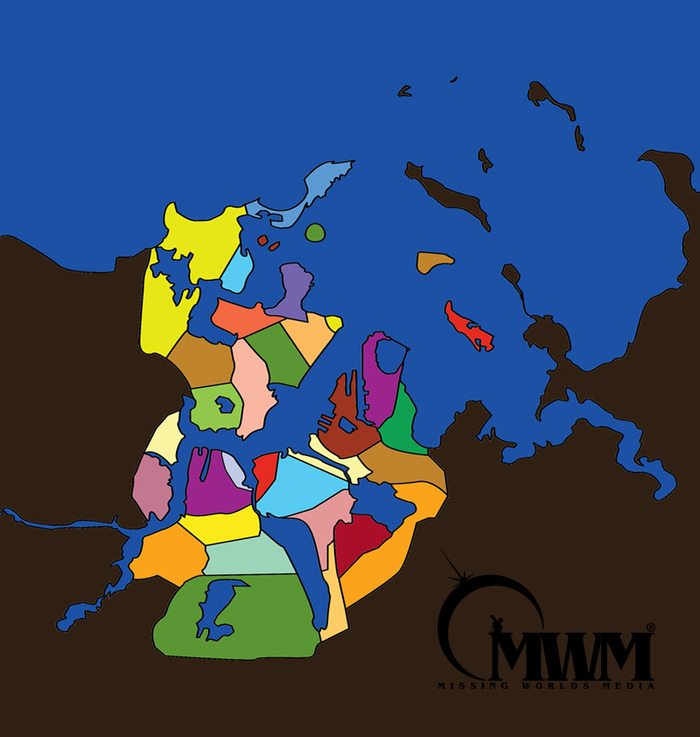 Better zoom in a bit. This is kind of high-level.

PR: Hey, that’s what I’m doing right now. PR has been shifting their focus from 'trying to grow the community', which was the pre-Kickstarter strategy, to 'making sure they're kept up to date with developments, since they're now our investors'. They’ve been walking a rather interesting line between feeding our community's desire for information, and giving the teams the time and space they need to actually get the work done.

The PR team is now more than double in size and we have three dedicated community managers, while other team members concentrate on social media and our weekly updates. As well as their day to day activities, they’re working closer than ever with the marketing team - particularly when it comes to convention panels.

Course, the best PR in the world would mean nothing without something to push, and for that you need...

Lore: We’ve got forty eight factions specced out, most of which have at least five significant NPCs, and suitable ranks of thugs, goons, bosses, and exotics to punch. Or protect. We’ve got about the same amount of independent NPCs to interact with, and we’re spreading them into more than thirteen districts with about fifteen significant, unique, fully designed landmarks each.

All of these things mean nothing without the stories. We’ve got them. But they’re not much fun without… 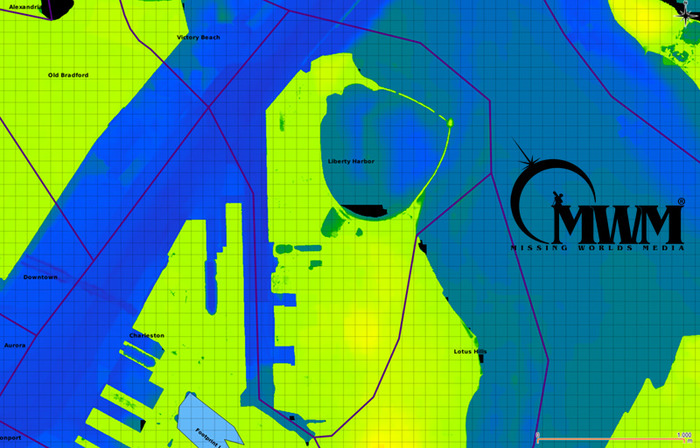 Liberty Harbor. Getting closer. You're going to spend a lot of time here.

Art: We’ve got many talented 2D and 3D artists working their tails off to make the buildings, clothes, and people that populate Titan City. We’re having problems, mind you, but they’re not insurmountable. Right now, we’ve pretty much got our basic person down, except for what can only be described as ‘tearing’ at the seams. Looks very ugly, but it doesn’t stop us moving forwards. We can fix this.

This is more complicated than it sounds, because our basic person is the key to our costumes, and the costumes are key to making the game work right. Even a game like Saint’s Row 3 or 4, there are certain things, certain proportions that just don’t change. We’re ignoring that rule entirely, because we have a better way. Hats on your hair? Sure. Armor on top of your cloth dress? Why not? Not sure if we can do a convincing 'draw your sword' animation from your chosen sheath location, but we are going to try to make the sword vanish from there when you're in combat, and reappear when you let go again.

We can do it. It’s been a long road, but it’s coming together. There’s some persistent issues, but they’re the kind that a little more effort will solve.

You saw some of our earlier efforts in the 10th Anniversary shot, you know. The mannequin with the red and blue patches - they’re there for a reason. We started with a red costume and a blue costume and a white costume and mixed and matched.

Of course, this means nothing without… 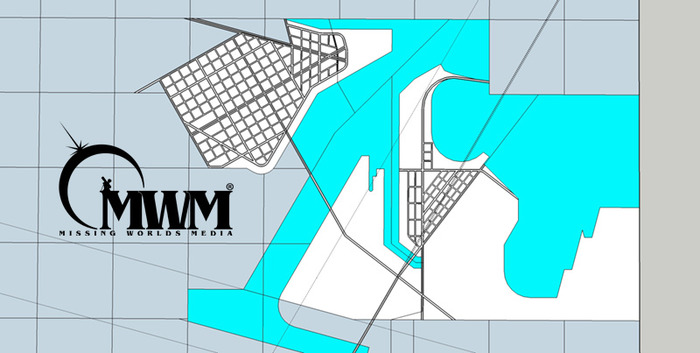 Hm. If these streets are in proportion to city blocks, how big is the city?

Gameplay: Five roles. Just five. But thanks to a trick we call Masteries, you can customize each of them further, from a selective hunter with precision strikes, to a unthinking juggernaut that hits harder the madder he gets to, maybe, maybe, someone who literally grows to conquer the battlefield. (That last one’s very dependent on tech and fun value. Got some ideas there.) Each of those gets at least five primaries and five secondaries, (at least one of which is unique to the class - we’re going to diversify, but we want signature styles, too.) Each of those gets to pick a Mastery, and we’re going to have at least three per class. And that’s not even counting travel, noncombat powers, and tertiaries. (Or throwing cars around and smashing through walls.) We’re doing this up right. Hard part is balancing it out. That’s going to take a while.

Of course, that’s great for a paper and pen game, but to make it live, you need…

Tech: Well, besides getting our document repository, our art repository, our license servers for the art tools, our domain server (Our domain provider, sadly, changed their policy on hosted domains recently. Turned a useful tool into a monetizing element. We had to redesign our network quite quickly. A shame, and a lot of emergency, throw the plans away work.) and our internal design wiki working? Well, these are the people who do things like ‘let’s make the entire topographic map of Titan City.’ We have one. It’s about - yeah, go look up there - twenty kilometers by twenty kilometers. And getting bigger. But how do we fill it all up? Well, that’s the job of procedural generation. Define a neighborhood. Define a style. Let it lay out with variations. We remember some games with row after row of identical buildings. We’re not doing that. And if we can get it to happen, doing interiors is just a little more work.

Of course, it’s one of those things that means ‘nothing looks done till it’s all done’, but we’ve got some pretty good swings at it. 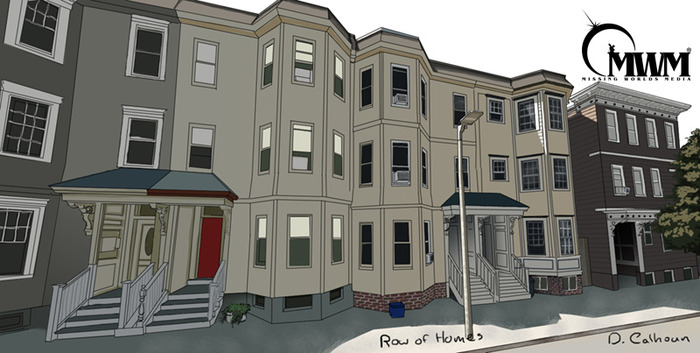 Any closer in and I'll be looking at the cracks in the sidewalk.

Now, our web server… that one, we’ve fallen behind on. We keep getting closer and closer to getting a good redesign going - and I’m sure you’ve all noticed the recent massive boost in speed and responsiveness it had about a month back. Mechanically, we’re sound. Graphics redesign and new features? We keep having other things to deal with, though it would make our life so much easier.

Kickstarter Obligations. We’re getting the special locked section of the forums together so we can deliver the first set of wallpapers, forum badges are out, and the T-Shirts are having the art redone. We checked how it looked at full size and it was horrible, and we don’t want to send things out that look bad. As soon as we get those done, the lanyards are going to be sent out, and we’re having new art made for the mousepads. We want it to be a good map of the city, and we kept redesigning the city. But that one up there looks like it's going to stick.

Let’s see how it goes!

Chris 'Warcabbit' Hare, and the team at City of Titans.