Lighter-than-Air craft can be divided into three classes, based on how they hold their shape: Rigid, Semi-Rigid, and Non-Rigid.

Blimps are non-rigid; they hold their shape because the pressure inside is higher than outside. They're probably the most likely type of LTA to be seen by anyone who doesn't work on a daily basis with one of the other types.
If the large platform seen here is strong enough for human sized people to run around on, I'd think it is effectively a keel, making it a semi-rigid airship.
And any significant usable volume inside the envelope, pretty much requires (or at least makes cost-effective) a fully rigid envelope.

High speed will tend to distort the envelope if it is not supported, ruining the streamlining, so if you want a faster airship, you may also want to make it rigid.

Other variations include making the envelope into the shape of an airfoil, so that some of the needed lift can be gained from forward movement.

A lair built into a rigid airship's envelope, could consist of lots of rooms separated by long corridors. If you've been captured by a villain and find yourself in a liar like this, those long corridors may be a clue. So might the access panels that open up into "Jeffries Tubes" that are open frameworks between the cells of whatever lifting gas is used. The villain may object to anyone calling this zeppelin a "blimp", possibly violently.

Hydrogen as a lifting gas has some issues with fire hazard. Helium is only 8% less efficient as hydrogen, but is more expensive (unless you can get it more cheaply, maybe from the exhaust of a fusion reactor?) Vacuum works if you have some magic or superscience to keep the cells from collapsing. Bobbling (see Vernor Vinge's The Peace War) vacuum should work, just make sure you know when the bobble will burst.

I live under the Balloon Fiesta. 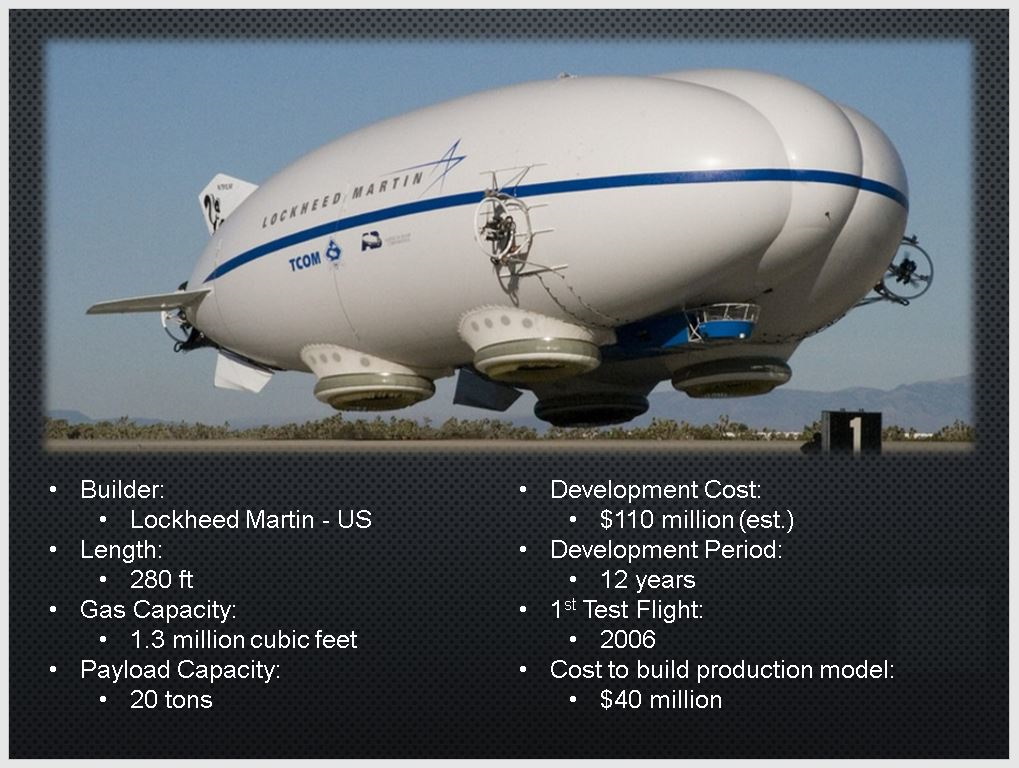