Finally got around to trying out the character creator by creating my go-to testing character: my favorite comic book character, Eddie Brock, a.k.a. Venom. I had a feeling I wouldn't be able to completely recreate Venom at this stage, so I settled for a full-body black spandex and exposed head approach. 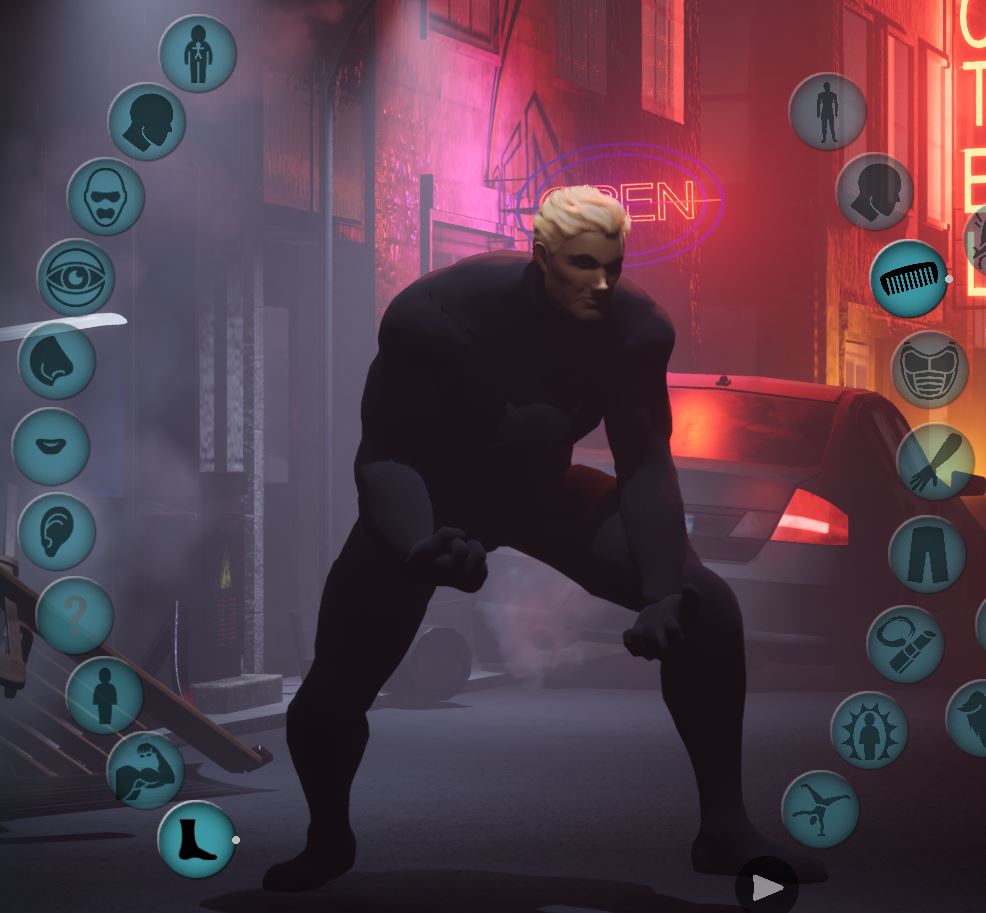 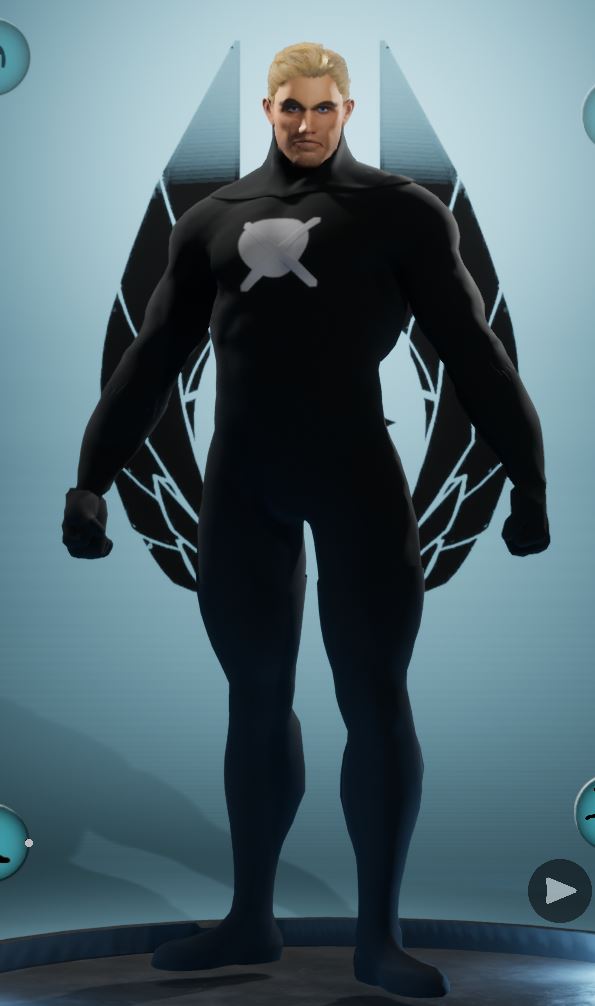 (Don't mind the chest emblem. It's just a stand-in.)

Fiddling about with the anatomy sliders really brought to surface the current limitations and issues with the generator. Labeling on the sliders is tricky to fully grasp and clipping is a major issue, especially when fiddling with the head proportions. However, I was able to recreate a Mark Bagley-esque version of Eddie, so I'm pleased enough. 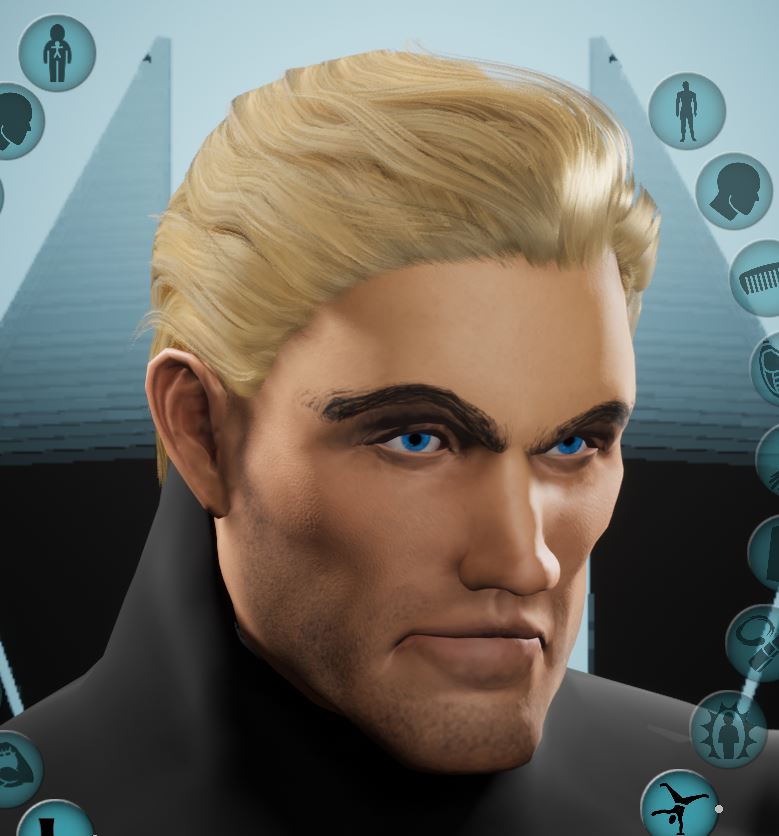 (This is what really sold me at this point.) 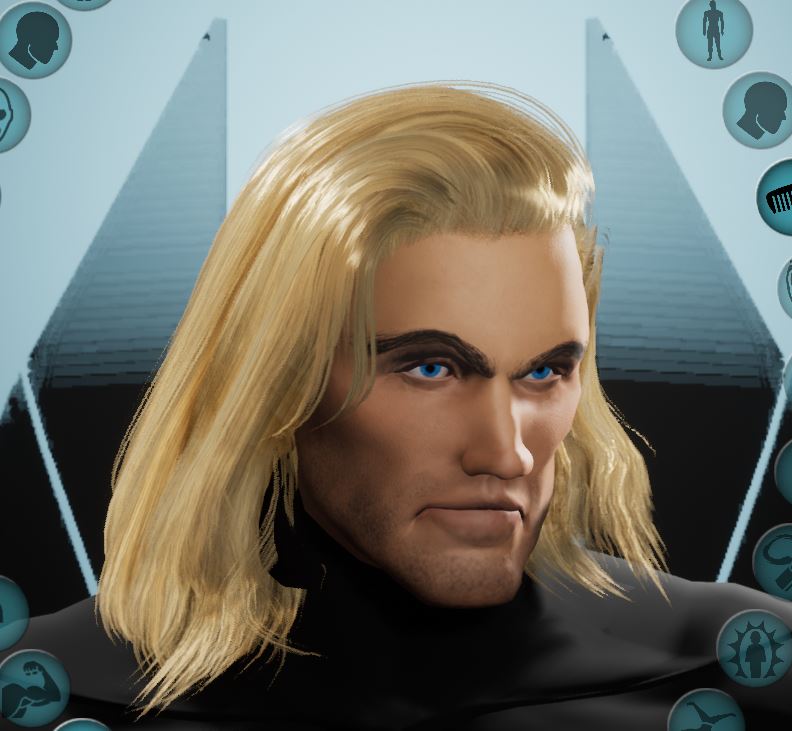 One of the main issues I take with the creator at this stage is that it's very difficult to create a realistically skinny male model without ending up with a barrel-chested, beer-bellied freakazoid. I get that superheroes are meant to have...superheroic proportions, but you have obesity and age sliders, for cryin' out loud! Let me make a convincing bean-pole hero or villain. 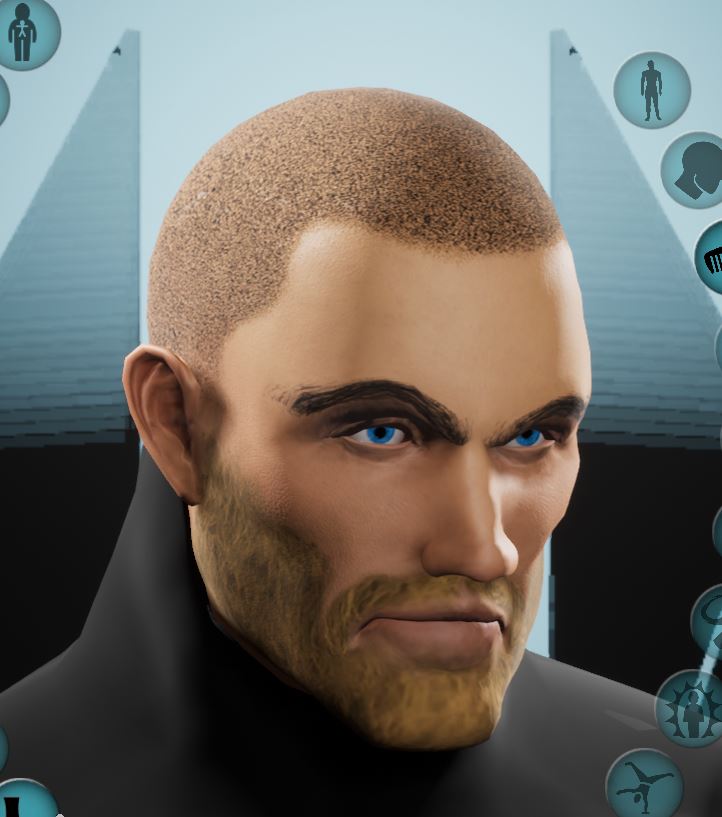 Overall, it's a noble first effort by Missing Worlds Media. I've been following their progress since I first pledged in their Kickstarter however many years ago that was. They'll get there eventually and I'll still be here when they arrive.

FIGHT EVIL! (or go cause trouble so the Heroes have something to do.) 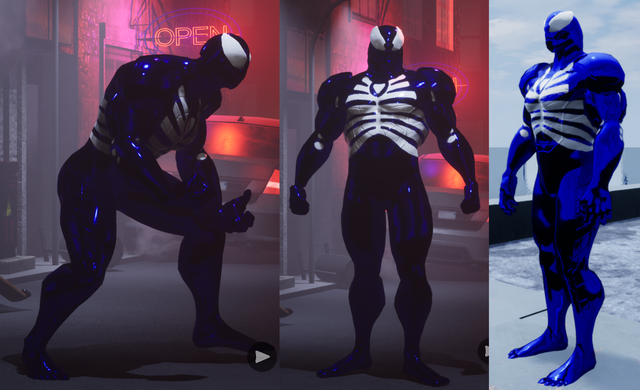 Send out your signal, call in your hero
I kidnapped his lady, now his power's are zero.

Pretty dope. Reminds me of Sinister Spider-Man for some reason...