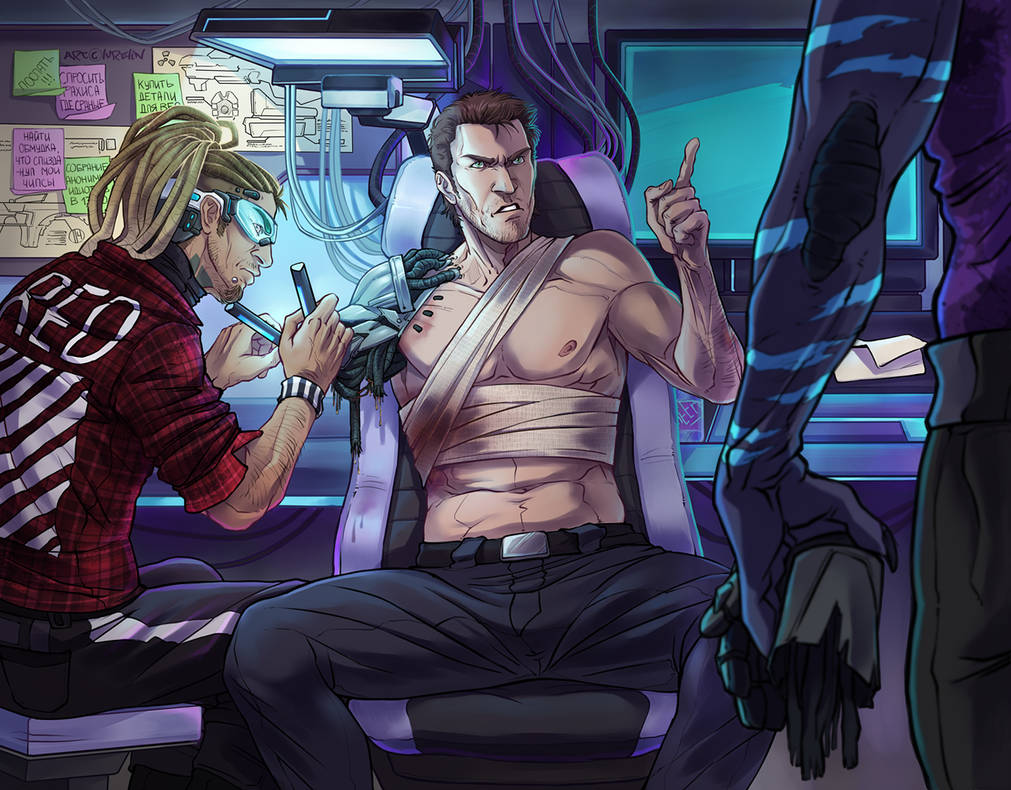 Rules: You just lost your arm. A rich techno buddy made a cutting edge cyber arm. So now so you can...FIGHT CRIME!
Name:
Power(s): They are ALL in your arm.
Backstory: Not much, maybe a paragraph.

Name: The Lash!
Powers: Electric whiplash that can cut through metal with a few tertiary super strength punches tossed in. The cyber arm also houses nanites so the Lash enjoys super healing. He can swing from the lash like Spiderman and uses Parkour as his movement power.

Backstory: The Lash lost his right arm in Iraq. His best friend and rich buddy made a crime fighting cyber arm for Lash using his nick name as inspiration. Lash uses a shield in his left hand for defense. His buddy placed him on the payroll to fight crime full time - if this works out, he will create a whole team for cyber crime fighters.
Lash also enjoys a life-like full sleeve when he is a civilian. Apart from the seam at the shoulder no one could tell the difference.

Backstory: Steven Pfeifer lost his arm in the crossfire between Scorpion and an unnamed villain still at large. The hospital healed the limb, but after his "wallet biopsy" refused to reattach the limb. He got in contact with his friend who dabbled in fringe technologies. He assembled an arm with a bit of occult thrown in. The electronics moved and powered the arm, but the arcane additions allowed Steven not only to sense through the arm, but also assemble constructs of arcane energy. The well-connected friend sent Steven on his way to exact revenge on the villain, but he must go by the codename of his choosing, which could've gone a lot worse.

Backstory: Michael Geddon had it all: drugs, booze, money, women, a multi-billion dollar business with his family's name on it. All of that came to a slow, agonizing end as drug addiction took it's toll on his body and he had to have his right arm amputated after it became necrotic from a blood-borne infection. After a long, grueling stint through rehab, Mike was approached by a med-tech research branch of his business enterprise with a high-end prosthetic arm that had untapped potential. Ironically, it takes a hearty cocktail of prescription drugs to suppress his immune system from rejecting the bio-metal grafted to his shoulder joint. The irony not being lost on him, Mike decides to use his money, business acumen, and shiny cybernetic arm to put a stop to the illegal drugs that nearly destroyed his life.

Caption: "Dude, I am Never gonna practice Judo with you again!"

Backstory: Armory was always a crime fighter, even with no powers their mind and sheer determination proved a match for even some powered criminals... But some is not all. A fight almost cost them their life, they were lucky and it only cost them an arm. With the help of fellow heroes they got a new arm that can morph into any form. Now fully armed Armory has crime fighting well in hand.

Name: Right Hand Man
Power Tech arm can transform into arm cannon or up close blunt weapons.
Backstory: Special agent Richter lost his are being caught in a security door while trying to escape from a Scorpion outpost. A special segment of the R&D team fitted him with the new arm so he could continue his task to infiltrate Scorpion.

“Hah! You thought my cyberarm tattoo was cool. Wait ‘til you see what this guy does with invisible ink!”

Powers: Having a mean arm makes you bad-ass. Scary Arm knew it and milked it for all it was worth. Unpowered, but blessed with a kick-ass cyberarm tattoo, Scary Arm worked as a standover man collecting protection money for the Black Rose. All of that changed one day when the barkeep at DahBeers suddenly developed super powers and fought back. Scary Arm escaped with his life and a set of puncture wounds to his abdomen.

Scary Arm realized he was not cut out to be a villain. It was safer to be a hero. But first he had to get rid of the cyberarm tattoo that had made him infamous. Fortunately his rich techno buddy at Red Tattoos had an even better plan: invisible ink! Scary Arm would have his very own superpower. He could become a superhero! With an invisible arm! The One Arm Bandit! There were still a few wrinkles in his plan but he knew nothing could stop him now.

"The illusion which exalts us is dearer to us than ten thousand truths." - Pushkin
"One piece of flair is all I need." - Sister Silicon