The first superhero wore spandex. So did many of the classics that followed, classics we know and love today. Superheros might invent all kinds of gadgets, wear all kinds of armor and weapons and garb, but the simple almighty Spandex will always be the first and last thing people think of when they wonder what a superhero wears.

To understand how City of Titans should look, we had to take a long look at the genre of superpowered tales and how it has evolved in the past century, ranging from the old newspaper strips to the billion dollar blockbusters of today. The evolution of the superhero and the supervillain is rife with inspiration and guidance, and on how to become more realistic without ceasing to be larger than life. By understanding what the spandex meant and how it was being portrayed today, we were able to better understand how City of Titans should look.

To give you a fitting character creator, something that could live up to our players’ imaginations, we needed spandex to have a wide range of choices for both patterns and textures. We needed to build support for control, expansion, and flexibility into every angle. We needed to make sure that both the modern and the classic are not forgotten, but brought forward to the modern day. In short, we needed to exponentially increase the player’s customization capabilities.

In City of Titans, every player is a writer, director and an actor, piloting their character through their story in real time. If it’s not what you imagined, it’s missing the point.

The headliners of the game, “The Paragons” were first to receive a makeover for refitting. We took the idea of practicality and believability, rendering these peacemakers something larger than life while they retained their iconic realism, fighting crime in a more modern outlook. With the power of Unreal Engine 4 and its physically based rendering system, we have the ability to create more believable materials that will react to the lighting and environments in the game. 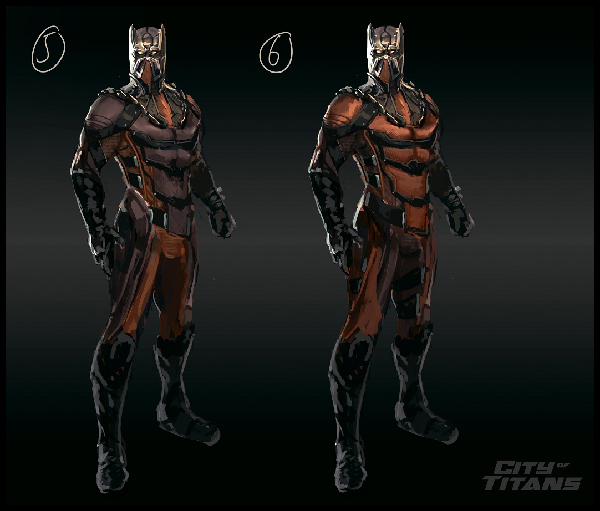 When we started to address street level characters, one of the oldest ones, known as Rottweiler, now needed to resemble more of a Vigilante that was guarding the crib. We retained the iconic outlook of the original design, creating a more grounded, contemporary and gritty, yet still recognizable take on the original concept.

Throughout the design process, as we revise and re-visit on our path to the vision of a City of Titans, we seek to ensure that the classics are never forgotten. To give you all the chance to become Titans, we must allow you to choose how modern or classical you are. We can never tell you whether to be a modern crimefighter or mastermind, whether to be a classic old school good samaritan or just an incorrigible trickster or even from the future. We give you a world that is new, but that remembers. It is for you to find your place in it, and make it your home. 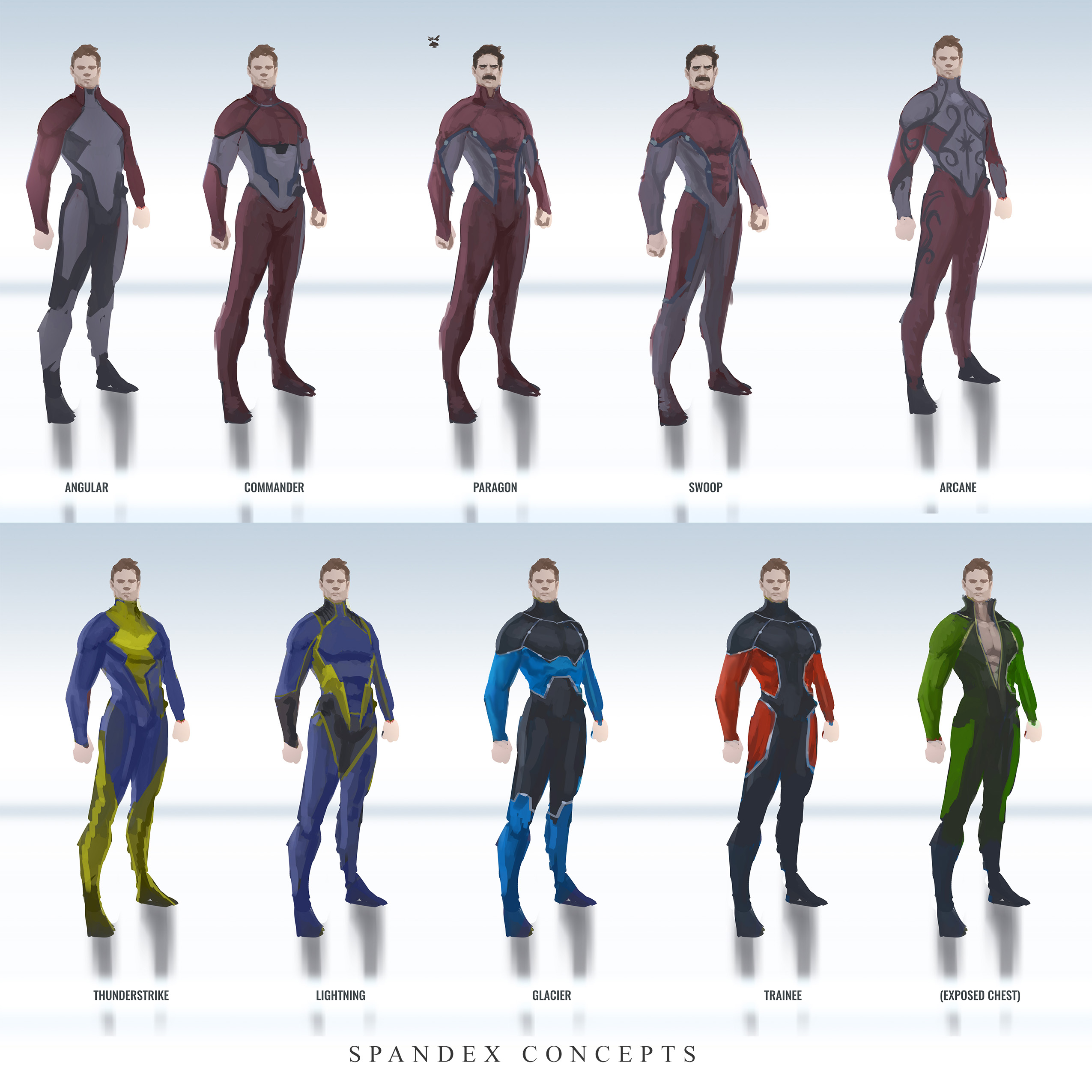 Even after 2 years of pre-production and the creation of a world rich with lore and compelling characters, one of the big questions is “How can we make it better?” One of the first things we did was explore what was done prior to City of Titans’ conception. There’s a lot to learn from: projects ranging from independent entries to AAA products, all using superpowered IPs.

A lot of research went into our artistic direction. It was important to do justice to the mythos. With a team of dedicated & talented artists old and new, contributing to our cause, we’ve managed to build the foundations of a system unlike any other, and we cannot wait to show you just how far it goes in the coming weeks.

We are also giving the City of Titans brand a makeover so don’t be alarmed by the upcoming changes here and there. Until then, stay vigilant.

City of Titans has a webcomic! Check out Hijinx