It’s November; and since it’s the harvest season, it’s time for a new crop of patches.

To start off with, we’re testing new improvements to the landscape. The island has been entirely re-terrained, with new and better performing materials. This should reduce the graphics load, and make the environment work better for lower end machines. Now that we've verified that these changes work the way we want, we're adding them to the main game maps, making the entire game world more efficient and accessible. 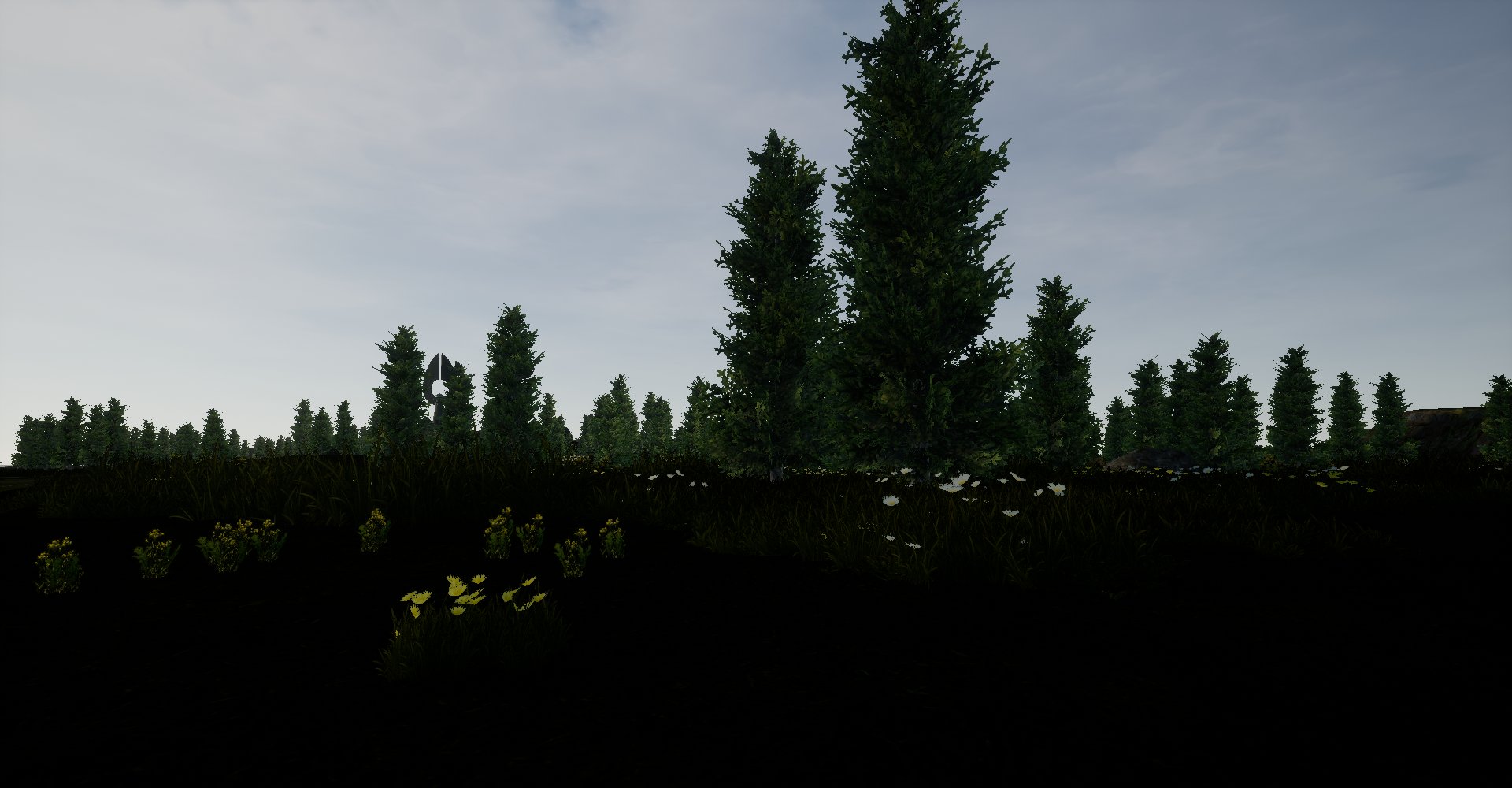 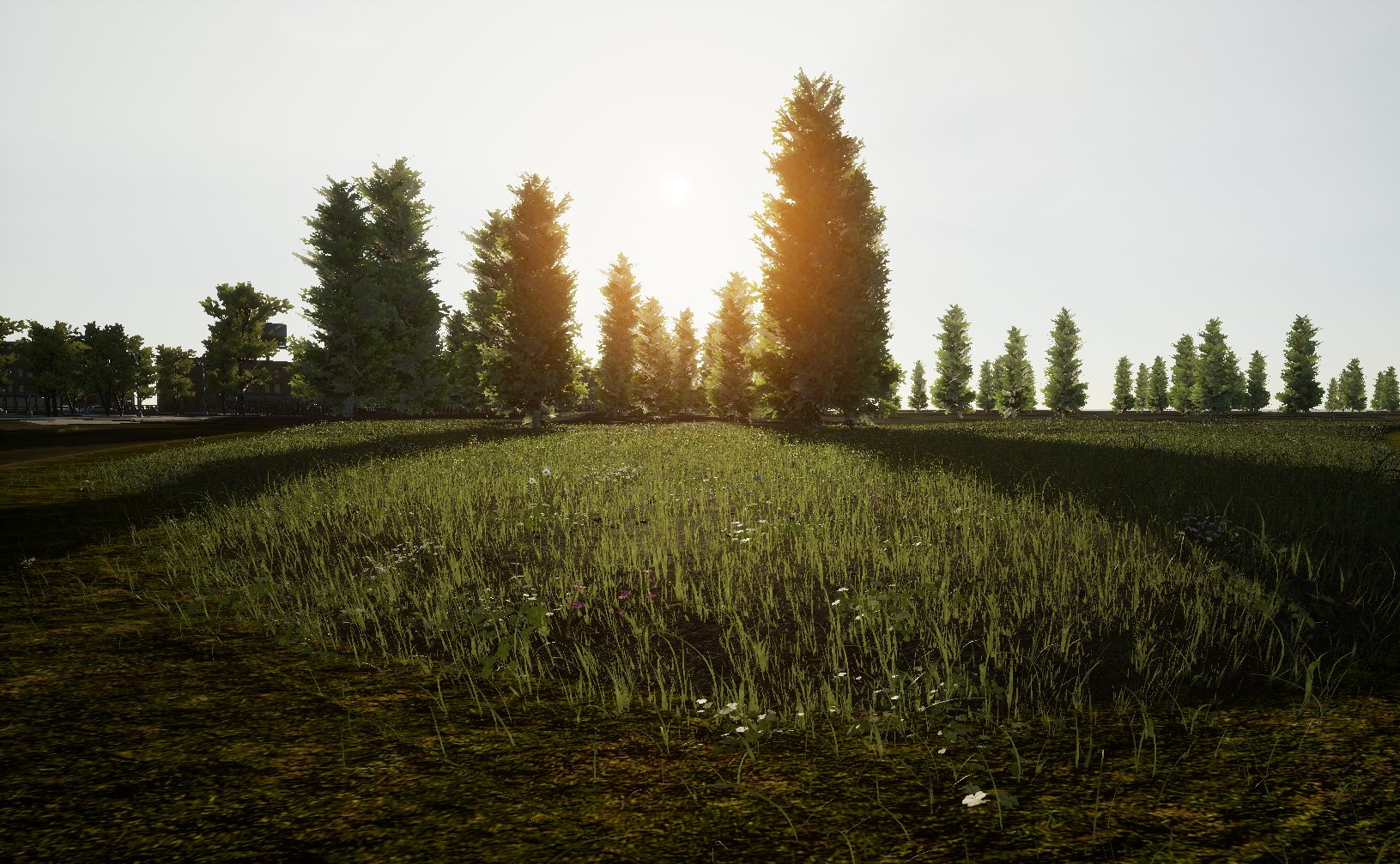 The shadows have also been reformatted, giving them a far more realistic look..

Along with the environmental improvements, one of our player requests has been added to the movement controls on the island. You now have the option to use either the WASD keys or the arrow keys to move through the new landscape.

Several changes have also been made to the Avatar Builder.

Three new base skin types have been added for both genders. 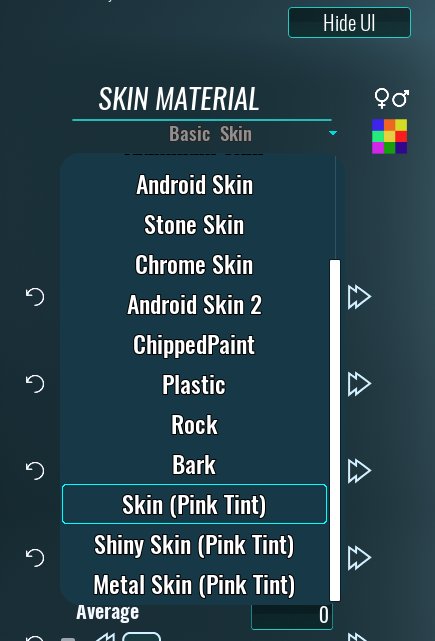 There have been a few changes to the default character model. The starting character in the Avatar Builder will have a random gender, skin type will be Basic Skin, and the skin and eye color will be set to gray.

A new spandex top has been added for both male and female models. The new top is called HighNeck Full, which is similar to the FullSuit top with a turtleneck added. 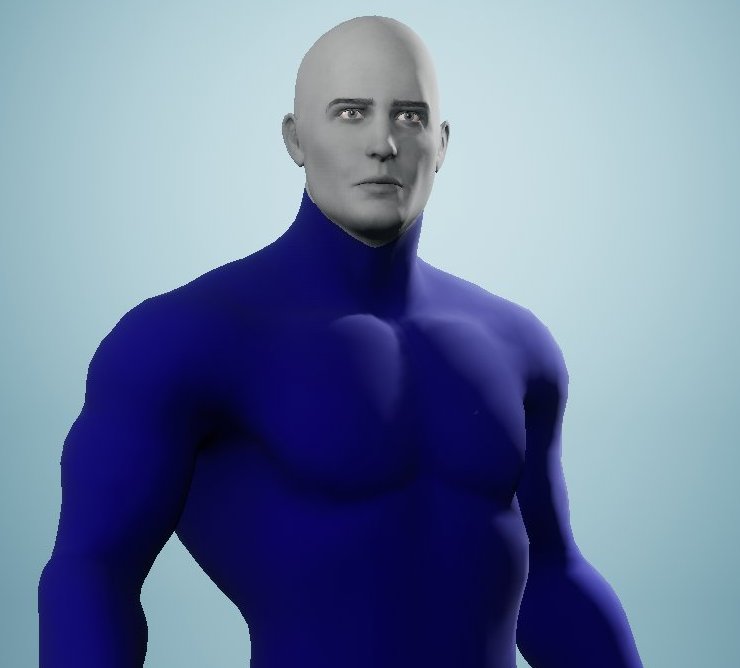 We’ve added the eye modifications that we spoke about at the beginning of the MONTH.

There’s now a new set of body slider settings at the end of the Eye group, that allows individual control of eyeball size and position. Eventually some of the eye sliders may automatically adjust the eyeball position, but right now it has to be done manually. Because of this, saved versions of these settings may need adjustment in a future release that includes automatic adjustments. 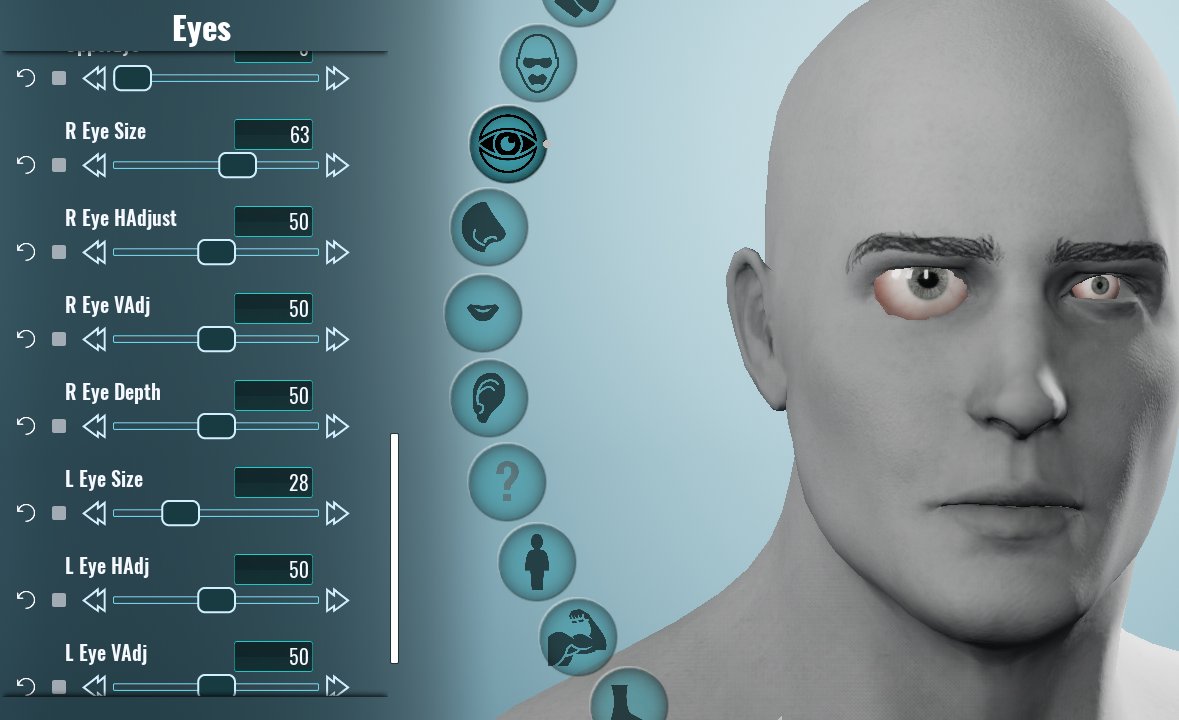 There is a new eyeball choice: Artificial Eyeball. This eyeball uses the costume shader instead of the eye shader, allowing you to choose materials and use glow on material 3. There are three new patterns to support material zones in the eye: Glow Iris, Glow Pupil, and Glow Target. The first two are similar except for the location of the material 3 channel. Glow Target has a narrow outer ring and small pupil using material 3, and does not use material 1. 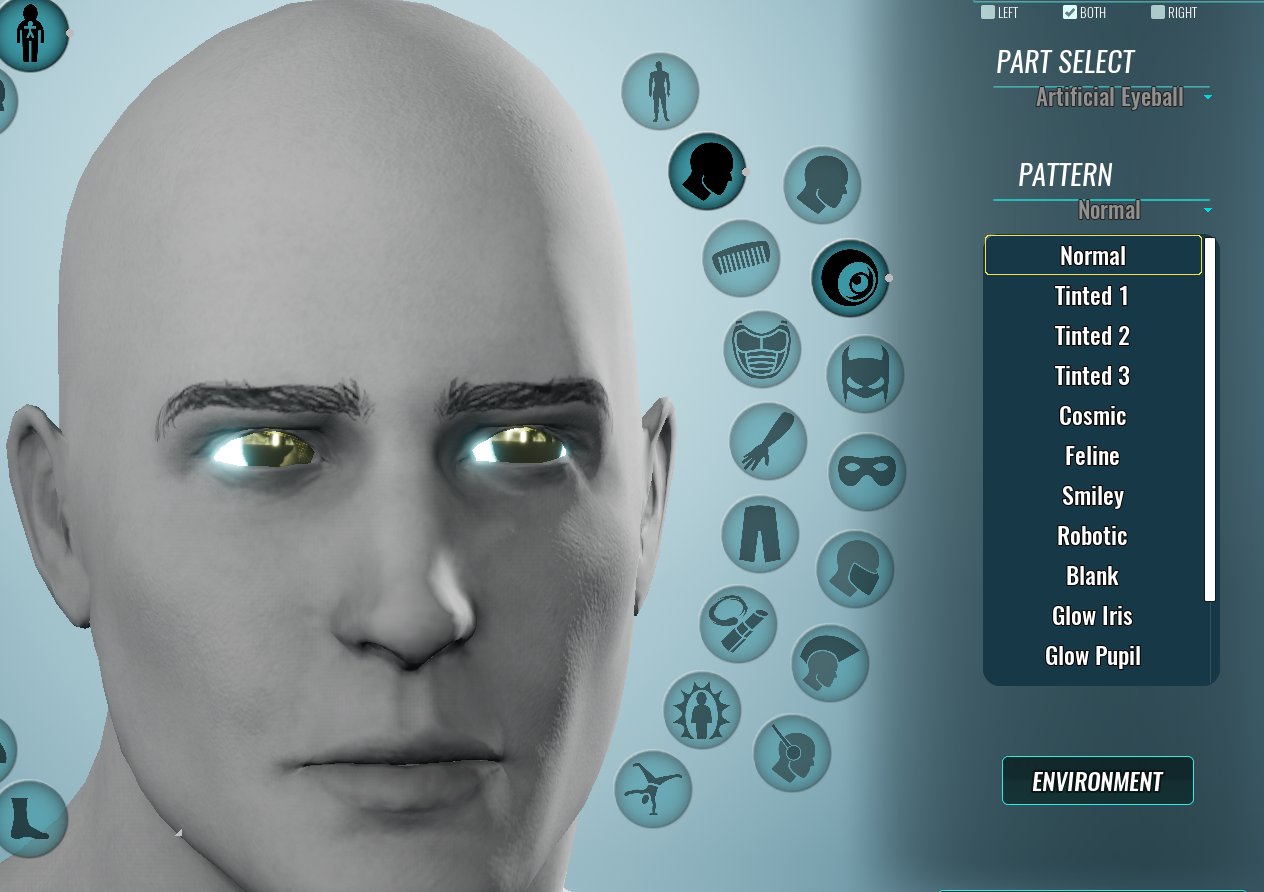 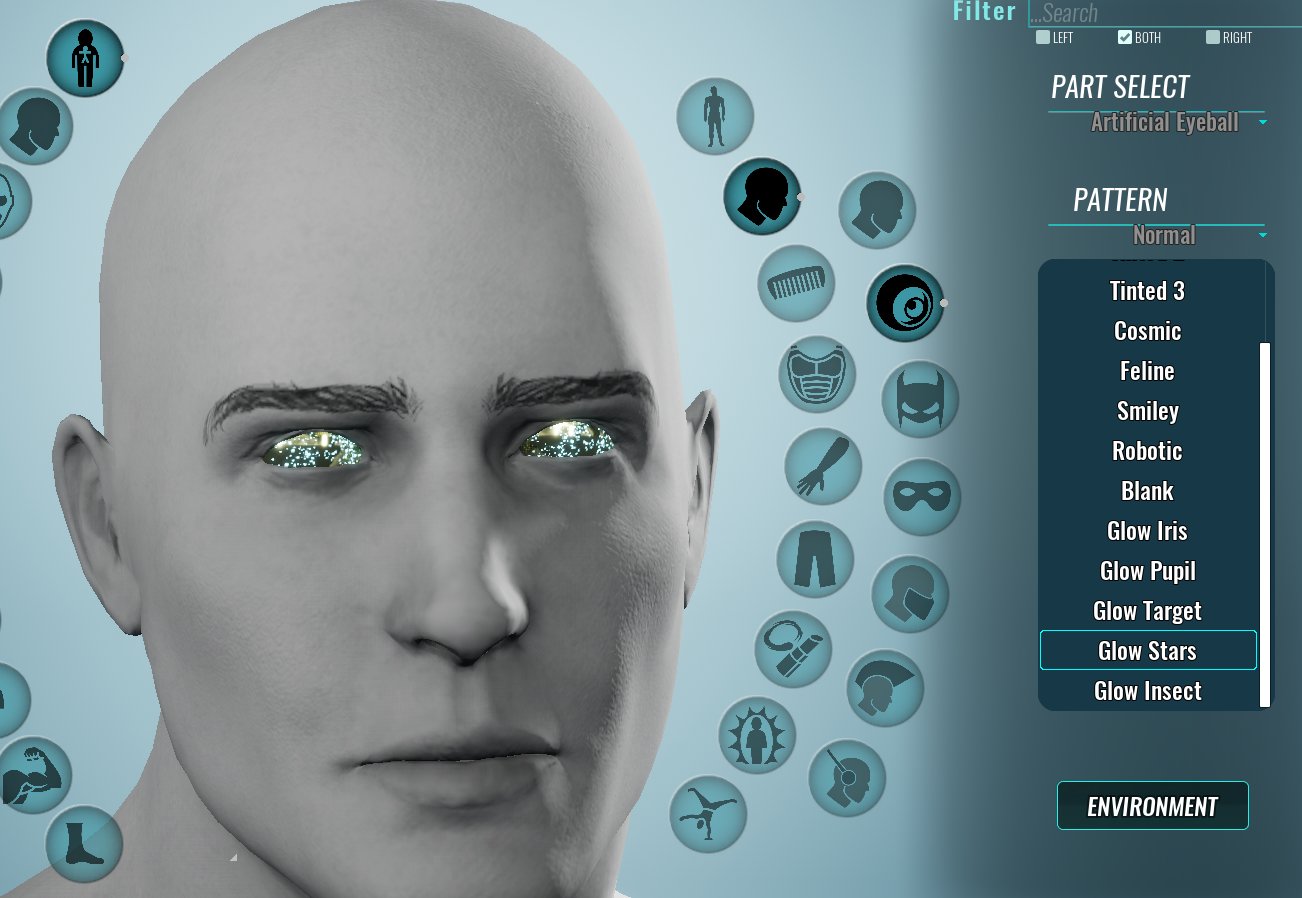 The regular eye patterns are also available, but are not designed to work with materials, and will also appear oversized on the artificial eye. However, they can produce some interesting results, so they have been included. In particular, the Blank eye pattern allows a whole-eye glow. 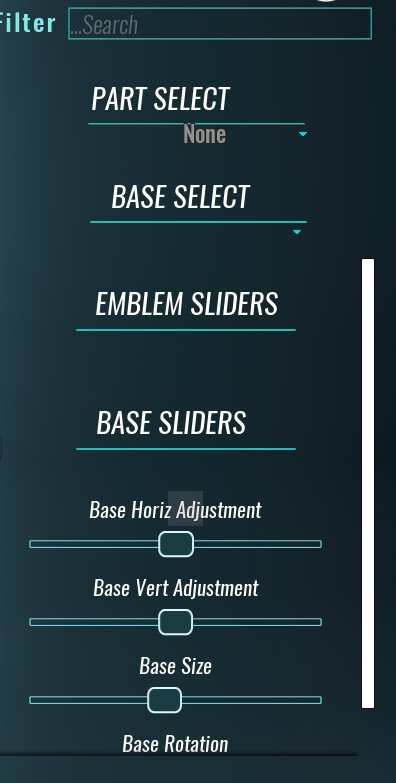 In addition to all these new items, we have some bug fixes in this patch:

The symmetry controls should be working correctly now, feedback on whether there are any remaining issues with symmetry would be appreciated

The gender button should no longer be partially blocked after hiding and then showing the UI.

The Apox sample character is now wearing her shirt.

And, we do have a few known issues as well.

The new neutral skin may be a bit too dark, and may be lightened in a future release, which will affect any characters saved with it.

Female model: problems with bending at the waist for some poses.

Female costume: many spandex patterns are missing equivalent detail masks, though the detail settings are listed. If selected, the character appearance will not change, though the selection will be stored, and will take effect when the detail patterns are added.

Female costume: trench coat causes a gap in the character mesh at the neck.

Female costume: Many options available to the male character are missing on the female, though they may be shown in menus.

As we continue to make improvements to game systems, we’ll continue to test them on the island. Not everything we try will make it into the full release, but we’re going to keep bringing them to you to try out and give your feedback. Thank you for being an important part of City of Titans

Support City of Titans at our Patreon and Read our Comic: https://www.patreon.com/HiJinx (NOW FOR SALE ON COMIXOLOGY at https://www.comixology.com/Hijinx-1/digital-comic/860031?ref=c2VyaWVzL3ZpZXcvZGVza3RvcC9ncmlkTGlzdC9SZWNlbnRBZGRpdGlvbnM )
Enjoy our Instagram! https://www.instagram.com/missingworldsmedia/
Why not buy us a Ko-Fi? https://ko-fi.com/Z8Z06NFG
We have a Facebook: https://www.facebook.com/CityOfTitansmmo
And a Twitter: https://twitter.com/CityOfTitansMMO/

OR on our Discord! : https://discord.gg/7kVfsju