We decided we wanted to do a series of interviews with the development team, to get some more personalized perspectives of the project and the progress, without the press release feeling behind it.

Each entry in this series will include some quick questions to a different Missing Worlds Media developer regarding topics not only about the progress of the game, but also related to what they’re specifically working on, and even how they joined the team.

This entry has Tannim222, one of our core game devs, kicking off the series. 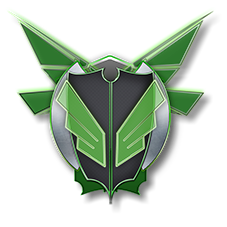 CoT players have seen Tannim’s work earlier on developing framework systems for various aspects of the City of Titans game over the years. Tannim has put extensive thought and work into game features like the alignment and reputation of a character, or the CoT player rewards system, and the conceptual framework for powers such as in this update on control mechanics.

We are building the City of Titans game on many fronts. We hope this interview can help players gain understanding of the conceptual work being completed behind the scenes for the game, and give a glance into the future of exciting things to come!

What’s your job title with MWM? What departments do you work in?

Wrench Monkey. Ok seriously, Chris “warcabbit” Hare once called me our “combat mechanic”, and it kind of stuck. Officially, I’m our lead game play designer. I’m also looking to see if I can put my aging experience in graphic design and love of art to help with some UI icon assets.

What are some of the features you have worked on for the game so far? What are you currently working on?

The majority of my work has been with all the underlying mechanics and combat systems as well as other game play systems. I’ve conceptualized all our launch power sets, NPC faction powers, progression systems, reward systems, and more.

I’m still working on NPC faction powers (there are A LOT!) As well as learning an art tool and general testing. 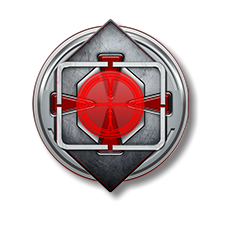 On the current task, how’s it going?

Right now most of my work is preliminary. Working with our programmers (who have been outstanding!) to get the combat engine set up so powers can be added to the game. We have to test each new ability as we go to make sure everything works before things get complicated with multiple mechanics. I’ve just started going through tutorials learning the art tool we’re using and it is slow going. We are also considering revisiting and redesigning the (redacted) system which is being put together. I like the direction it is moving.

It's hard to say with any real certainty if any one system will set City of Titans apart from other MMOs as the MMO genre is so vast. I think it will be the combination of systems and mechanics working in a seamless manner, that is, players aren't having to work around the core systems or play despite them.

Take the Alignment and Reputation systems. Both are really tools that our Comp team can leverage to help players define why their characters do things and who is affected by those choices both positively and negatively, which will matter for how their character's story unfolds and makes "world" become more alive.

One thing I do think we have a unique take on in City of Titans is the Mastery Sets for Archetypes. These series of power selections can affect the entire way a particular Archetype plays. Taking into account the number of possible Mastery Power combinations along with Primary and Secondary Set combos, each Archetype can end up feeling very distinctly different for each player. I find that core design very exciting.

While we all wish we had more time to work on it, is there anything else you wish you had that would make the work faster or easier? 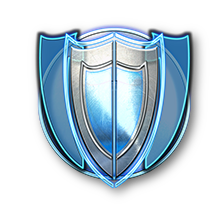 How do you feel about the game’s progress?

I am so excited! So many components of the game design are coming together. We have some really good programmers that are just crushing it making the underlying systems of the game’s combat work.

What made you join the team? Did you play City of Heroes?

I did play CoH. I got to check out the closed Beta thanks to an old friend who broke his NDA to let me use his account and played until shut down. I played every archetype in multiple combinations and every aspect of the game. I joined the team during the kickstarter because I loved CoH and wanted to help build a game that lovingly calls back to it, but also carries the genre forward in the MMO space.

Like everyone else on the project, you’re a volunteer. What has the volunteer experience been like for you? How’s that been affecting your life, your family? Have you found value from the experience?

To be honest, it has been a mixed bag of good and bad. I have and continue to have the pleasure of working with some amazing people. Some have left the project and I miss dearly. But the nature of our ‘studio’ being work from home is difficult for me. I’m an extreme extrovert and love working with and around other people. However, much of the time we are on our own which makes it hard for me to feel “energized” when working.

There have been times when I’ve had to walk away from the project because of the needs of my family. I’ve had to learn a balance between my family’s needs, my main job’s needs, personal time, and time to work on the game.

I have made some amazing friends on the team. Even getting a chance to meet one of our former devs when I was traveling for work. I’ve also learned a lot about programming and have grown as a designer over the years. 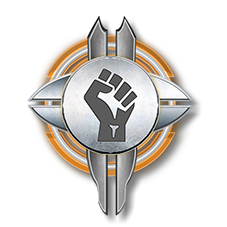 Is there anything specific from the work you have been doing that other CoT staff or players might not know about that you want to share?

For starters, there are times my eyes have gone blurry staring at spreadsheets and I now need glasses. I’ve gone through multiple notebooks working out math formulas. I’m both excited and nervous for when players are playing through the game. Excited because they will be interacting with so much of the work and years I’ve poured into the game. Nervous because they will be doing those things and I always feel like I’ve missed something crucialcrucual.

In closing, I really like how diverse our team is. I love how our community’s passion matches or even exceeds our own for this game. And I can’t wait until we launch this game and have our first official company gathering and I get to meet everyone in person. 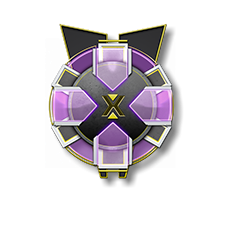 Feel free to discuss this update here: https://cityoftitans.com/forum/discuss-interview-tannim222
OR on our Discord! : https://discord.gg/w6Tpkp2
Support City of Titans at our Patreon and Read our Comic: https://www.patreon.com/HiJinx
Enjoy our Instagram! https://www.instagram.com/missingworldsmedia/
Why not buy us a Ko-Fi? https://ko-fi.com/Z8Z06NFG
We have a Facebook: https://www.facebook.com/CityOfTitansmmo
And a Twitter: https://twitter.com/CityOfTitansMMO/
And find us on reddit at: https://www.reddit.com/r/cityoftitans/