Submissions for this form are closed.

We are reaching the point where areas that we had left up in the air need to be nailed down. One of the most important of these is in determining the look and feel of the game, specifically the UI, and the shapes used therein.

Normally, large studios would use marketing firms, controlled test groups, feedback sessions, would buy data run by other firms, and similar methods. We don't have that luxury. But we have something that the large studios lack - we have you.

There are several kinds of areas which need icons:

A few notes on the design elements. You might notice around the icons rim a series of symbols. These are called the Nimbus, and are used to indicate certain features of the power within (to be explained in further detail in an upcoming update). They are only used for powers, however, so for Reserves, Macros, Augments and Refinements, they will not be there. 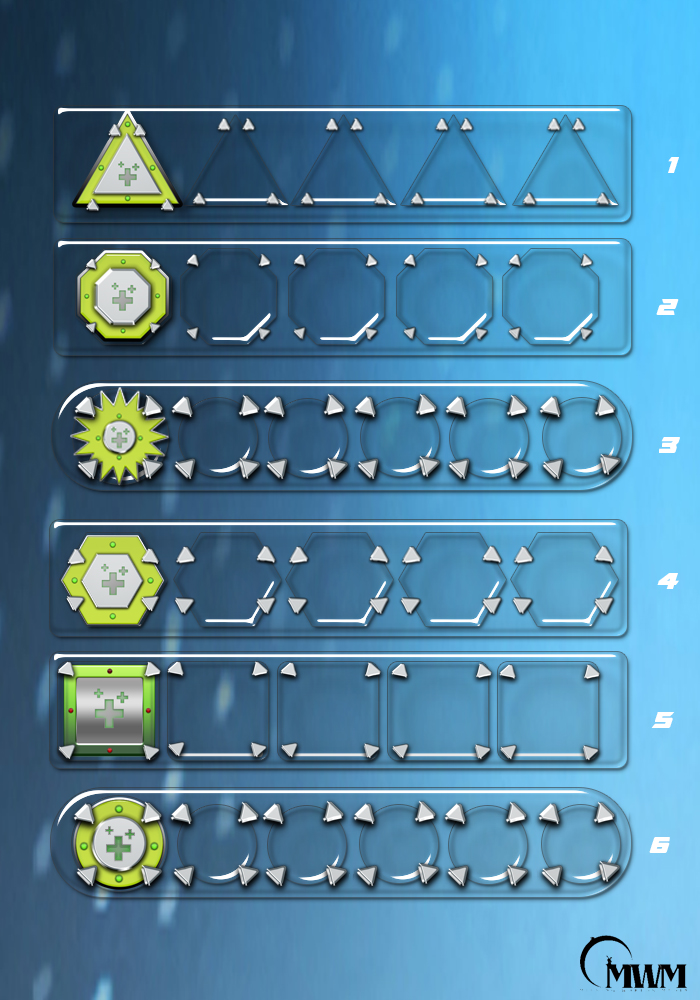 Please leave us your answers here. Further feedback and questions can be asked in our discussion thread here.