Three weeks ago we showed you a single image, and left you with a question: What does it mean? 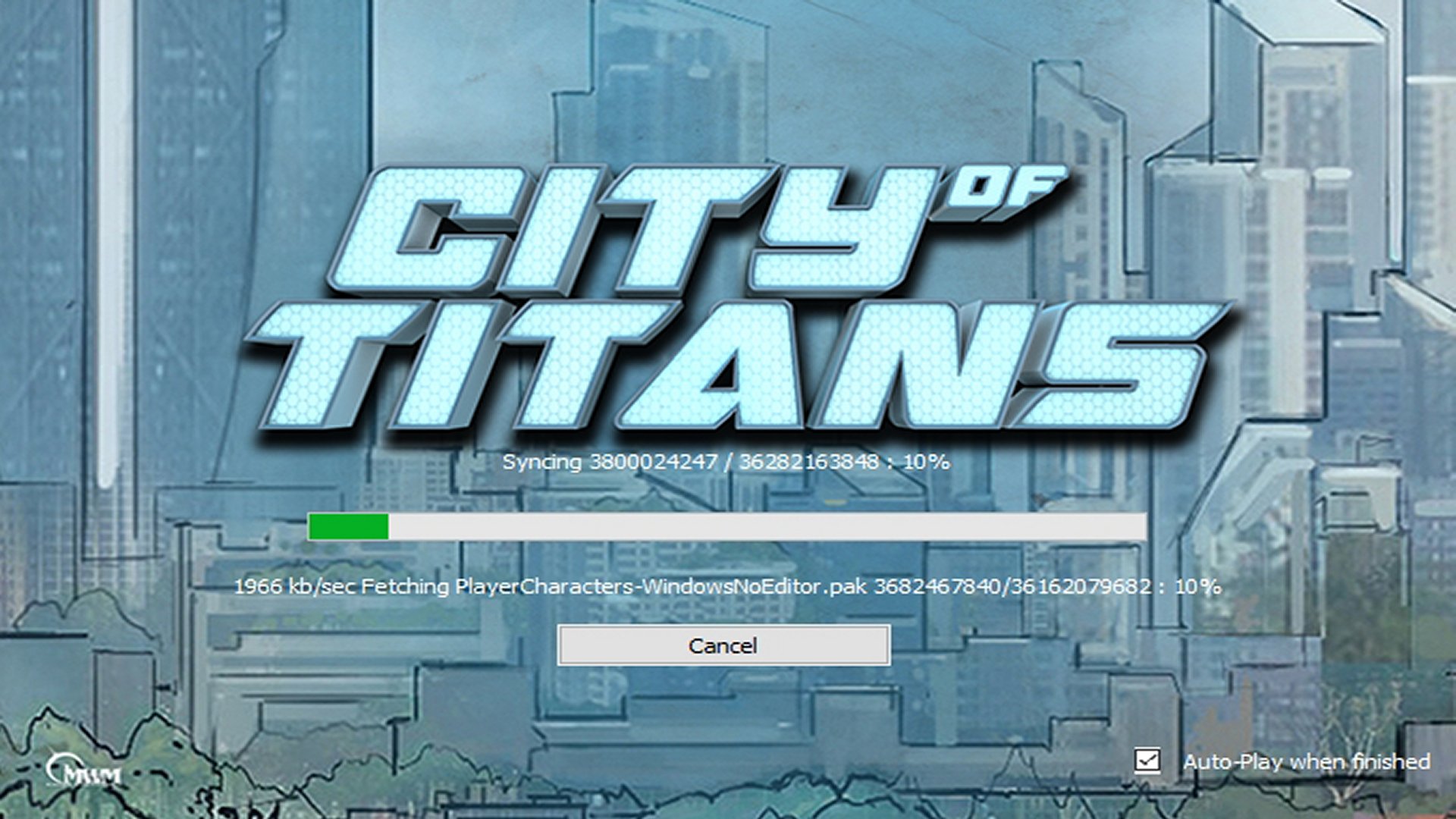 And last week, we shared this picture from New York Comic Con 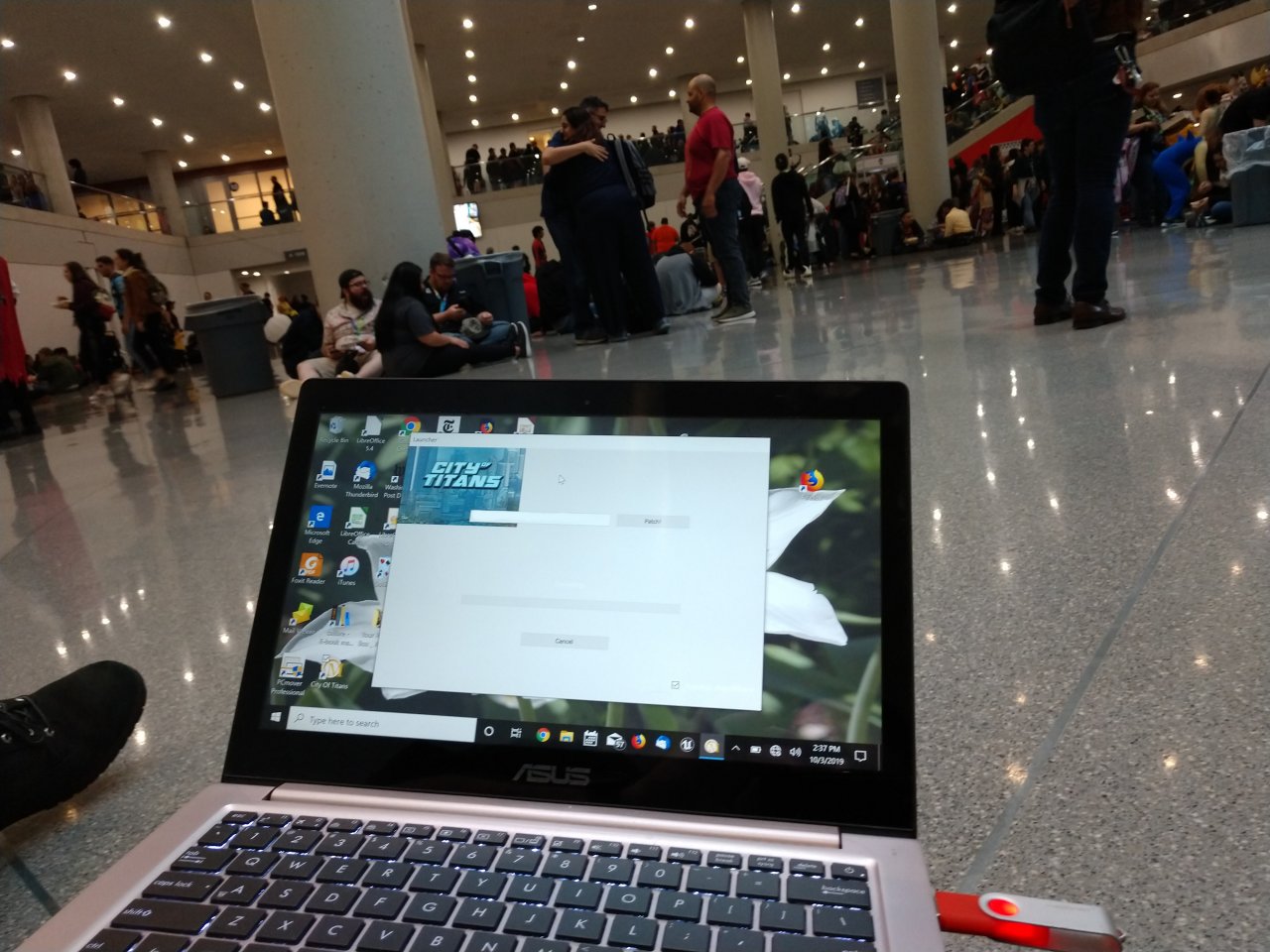 This week, it’s time to explain.

Some of you have guessed that these were pictures of a loading screen. Actually, these are images of our fully functioning launcher that a handful of forumite backers have been helping us test.

Within the next two weeks, we will begin distributing the launcher to our backers whose reward included a copy of the game. This will be done in several waves to help minimize download limitations. All backers who receive the launcher will have access to all of the game that is available, and will continue to do so as more segments of the game are added. There will be no new charge for this, your original Kickstarter donation is all you need. Along with this rollout, we will also be opening our Second Chance webstore. Funds raised through Second Chance will be used to accelerate the overall production of City of Titans, with early priority being given to graphics and coding improvements for the Avatar Builder. We’ll share more details about Second Chance as it gets closer.

What can you expect from this first release? The Avatar Builder that backers will receive is the standalone, early Beta version of the software that we have shown in previous updates. It is fully functional, but still contains a number of known issues. A more complete, more integrated version of the software that addresses the issues of the standalone version, is already in production, and will be distributed through the launcher software as it becomes available.

*Sliders- Hunchback slider has no effect on Female model (resolved)

*Sliders- Slider values not defaulted to zero will jump to the number when moved.

*Auras- not all auras are active.

*Stances- Animation State - does not reset with overall character reset

Items listed as resolved will not be part of this first release, but will be included in future versions.

Once the Avatar Builder is fully integrated, other sections of the game will be added as they become Beta-ready. At each stage we will be asking our backers for feedback and comments and we will be creating a dedicated section of the forums for this, as well as a place to find the latest patch notes, and other release information.

We are very excited to finally be able to put the Avatar Builder into your hands. We have told you about it, but now it is time to see what you can do. If you are an existing Kickstarter backer, and you haven’t already updated your contact information, please make sure you do that immediately. Up until now, you’ve been supporting us, now it’s your time to help us build Titan City.