In our last update we talked about flight being made available to players in a matter of weeks, and we are excited for that to happen as all of you are! However, we are still waiting on a couple of final edits to our Avatar Builder before we can move forward, so those changes are waiting for our next update. We expect flight will be ready for players on the island then!

In the meantime, we thought we would share a follow-up from an update we shared a few weeks ago - the Sounds of Titan City.

In that previous update we shared several music tracks prepared for the game by our amazing in-house musician, Tal Kilger. We mentioned that those tracks we shared were environmental tracks to be heard as players cross through various neighborhoods in the City.

Tal has also prepared tracks for various factions that players will encounter during missions and at locations where these factions are known to reside. Unlike the earlier tracks which were designed to be fairly relaxed, ambient music, these tracks were made to build conflict and energy as a foe approaches. The distinctive character of each faction is meant to be anticipated in the music.

Below are several tracks that Tal made for various factions, which shares another angle of the sound preparation that has been completed for Titan City! 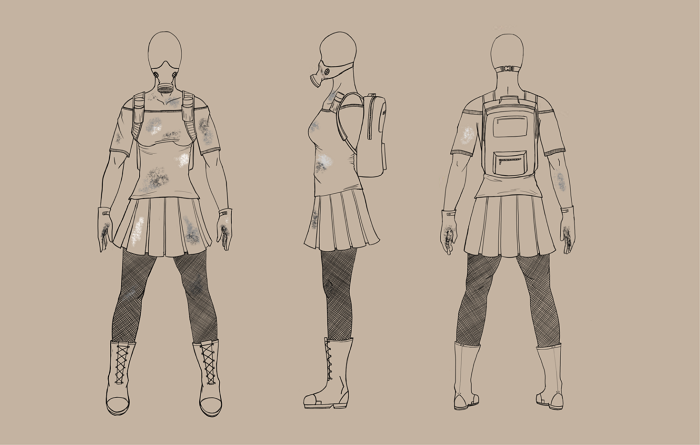 Above is early concept art for the Anarchy Red Faction

Anarchy Red are all about chaos. They will appear, shout defiant slogans, throw firebombs, and commit acts of vandalism and arson in the name of 'bringing down the system'. They typically fade away as soon as any serious opposition appears. Anarchy Red members yearn for impactful events, and take part in group operations expecting to have their personal beliefs justified, only to realize the actions have little relation to their idea of change. They keep at it though, hoping that the next time will bring down the system, and open a new future for them. 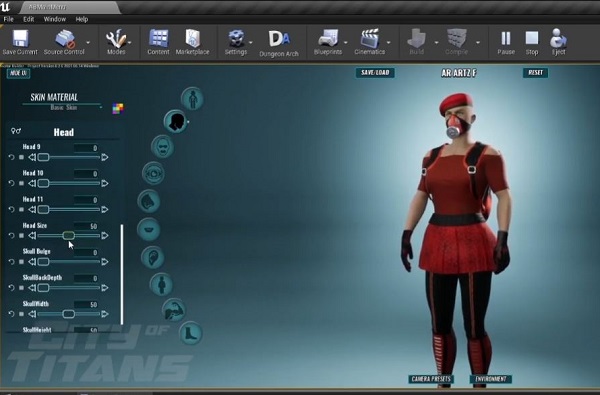 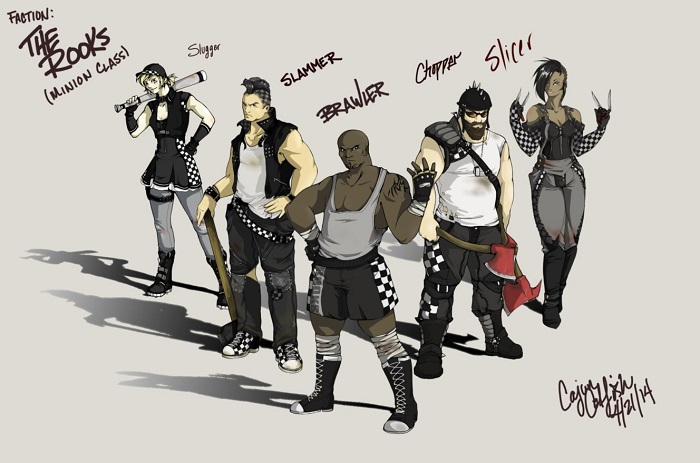 The bottom feeders of Titan City’s criminal ecosystem, the Rooks are a group of thugs and criminals that have banded together under the loose guidance of one Tyrone Fischer. The entire gang is structured as sort of a competition, with each criminal being encouraged to find their “edge” and rise above their limitations by their superiors. Part crime syndicate, part boot camp, the whole system is a rather ingenious set up for Fischer, who reaps the benefits of his gang’s crime while earning the respect of the more menacing factions in the city.

Lots of work has been done on the Rooks costumes as can be seen in this earlier Behind The Curtains episodes as well (scroll 12:10 minutes in): 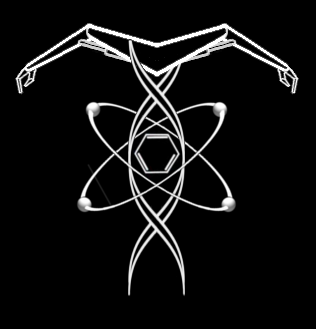 The Tyrosine Corporation has been known for its reputation involving science gone wrong, human and genetic experimentation, mad science, strange inventions, and other unscrupulous affairs. At Tyrosine HQ in the North Eastern Research District (NRD), visitors can visit research labs and see demonstrations of (allegedly proven safe) innovations. Tyrosine’s products are mostly biotechnological and chemical in nature, and products like Conquistador Peppers, Megawater, and various cosmetics and synthetic materials are their main products. Occasionally, they will release a more "exotic" product like the Tyrosine Infinite Wardrobe (a subscription service that uses 3D Printing to craft recyclable outfits). Aside from their rare "oddball" releases, they tend to focus on ordinary, commonly used products. Hundreds of products found in Titan City have originated in a Tyrosine lab. 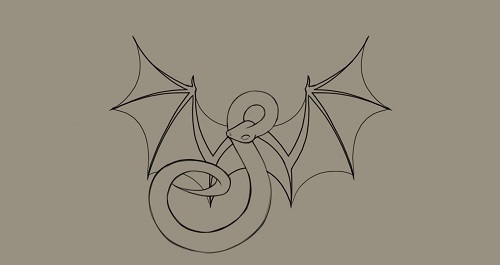 The scratchings above are believed to be a logo for the weird sisters, although you would have to catch one of them to confirm if that’s true.

The Weird Sisters are a modern coven of hedge witches who are especially active in the streets of South Titan. They own a large Victorian home in Charleston’s Widow’s Reach neighborhood. They are also known to squat in abandoned homes if they fit the Sisters’ style. Any business owned by a member of the Sisters becomes a base of operations for the group -- which tends to lead to the Sisters hanging out in coffee shops in Old Bradford and herb shops in Lotus Hills. Every member is considered family and only women are able to join. The Sisters are known to be fiercely protective of each other. Protection of its members and assistance to those who ask are the most common things known about the coven. They are more close to a community than an active group and often won’t involve themselves in city affairs unless pushed.

Anarchy Red, Rooks, Tyrosine and the Weird Sisters are just a few of the factions planned for Titan City. We hope that the music shared for them gives a sense of the character and style of each of the factions.

In addition to tracks inspired by factions, music tracks have been prepared for general combat situations. Below are a couple we can share:

Environmental Sound:
Finally, we spoke in our previous update about how sound in Titan City will be an immersive experience and that music tracks are only part of the audio experience. Our environmental artists are working furiously to prepare many of the ambient and environmental sounds that will accompany players as they make their way through the game.

Here is a clip of some environmental sound testing currently happening in the game:

We hope you all enjoyed this second part of the Sounds of Titan City, and we hope it gave you more of an idea of work being completed behind the scenes!