This week we are going to talk about travel powers.

There will be many travel powers to choose from in City of Titans, including at launch there will be flight, super speed, super leap, teleportation, acrobatics (parkour), swinging, wall crawling, levitation and possibly others in the future. Our tech team is working on developing these powers, and while they are not quite ready for release yet, we wanted to share progress being done on this front.

Each player will have four total travel slots that are separate from combat power selections. Each slot will allow players to take different travel power sets and coordinate between slots to use them. An initial travel power slot will be available at level one, and then the three other travel power slots will open up at various levels later as the character levels-up. 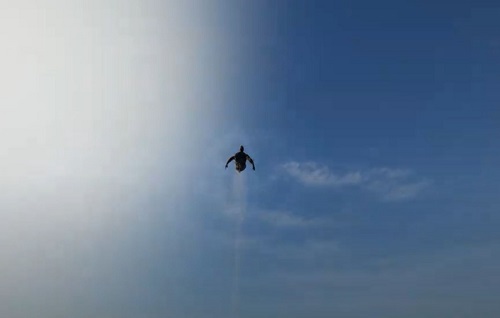 There are different ways to improve performance. For example, improving a power like flight to fly faster makes it more efficient - you are getting more speed for the same power cost. Or you can improve the power cost so you are traveling at the same speed for less cost. But you have a limited amount of points you can earn. Which means you need to make decisions on what to unlock and what to improve. You can make a really decent flight power with improved speed and reduced cost and also reduce the Willpower rating which makes it harder for the travel power to be affected by a control. But then, you may not unlock everything in the set. 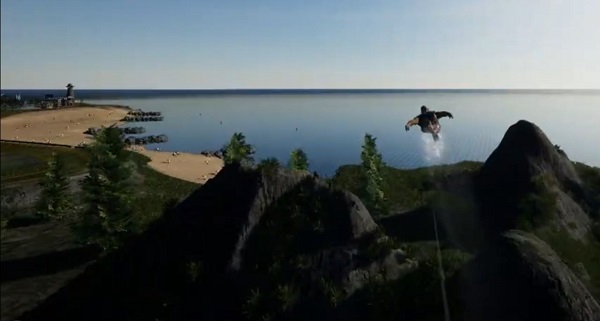 Since travel powers are separate from combat powers, it opens up the potential for players to combine multiple travel powers regularly in a variety of ways. Some of those combinations will afford different inherent advantages over others in terms of possible distance traveled and traversing environments. Players might want to explore what happens when they choose super speed and acrobatics and mix it with super jump and swinging to see how the combined attributes of those travel powers works in action. 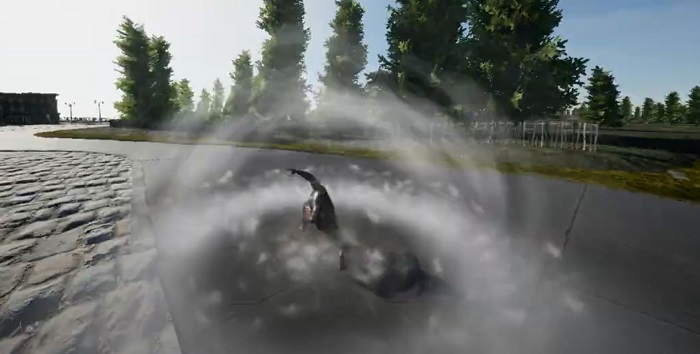 Much of the work done on travel powers involves design for movement, synchronizing meshes and animations within a movement so that, for example, flying doesn’t look like a straight line, but is affected by body weight and wind.

This movement design is unique for each of the different travel types. Take wall crawling – it has its own unique placement of limbs on the wall moving and needs to look like there is weight on the body as it crawls up the wall. This is a very different set of tasks than what the body is doing in super jump or when teleporting.

In addition to body choreography, travel powers need to integrate the costumes, hair, coattails and all of the features available on the City of Titans avatar builder so that the character’s build can look correct within the travel power body movements.

Our tech team has come a long way in building travel powers, and we are excited to share these videos with you that give a glimpse at the progress we’ve made for flying:

As you can see in these videos, the movement for flying is very well developed, including a randomized landing feature that will allow players to land in different styles so that the landings are unique.

We want to also point out the work that still needs to be done, as you can see in the videos. We still have some work to do integrating the avatar builder with this flying power so that hair, boots and gloves can be seen on the character. But as we work through those bugs, we hope you agree that flying is looking pretty darn exciting!

And flying isn’t the only travel power we’ve been working on. Below is another video with wall crawling movement work being done on other travel powers:

We are very excited for things to come related to travel powers and hope you are too! Special thanks to AmiEvil, Tannim222, and all the folks working on bringing travel powers into Titan City. See you all in the next update!

Feel free to discuss this patch update here: https://cityoftitans.com/forum/discuss-flying-high-travel-powers-preview
OR on our Discord! : https://discord.gg/w6Tpkp2