This is Chris 'Warcabbit' Hare, project lead of City of Titans.

First of all, I’d like to thank all of you. Whether you’ve been with us since the beginning, or if you’ve recently found us, it’s your support and enthusiasm that keeps this keeps this project alive. It’s not exaggerating to say that without you, there is no City of Titans.

Unfortunately, I have the sad duty to tell you that we are not going to be able to launch in 2018.

We've made a lot of progress over the last year. The character creator is almost ready to hit alpha, and has been undergoing intense internal testing. The UI is innovative and incredibly practical.

The combat system is making huge progress - every major combat type of activity is functional and being tested- from buffing to healing to debuffing and knockback. No matter how you choose to play, we should have a style for you.

And about our mission system, well... look for yourselves!

This mission video was written by GeeksGoneBad, our best technical artist. It’s meant to show multiple choices and different mission ends - as well as instancing into new maps. Santa’s back from last year, but we’ve got no Baby New Year - you’ll have to deal with an elf instead. That’s acceptable, right? (And yes, that elf, like everyone else in the map, comes from the character creator. Look at those ears!)

And we’re very glad to present to you the first procedurally generated mission map. This is based on the ‘Office’ theme, and every element in it has been placed by rules, not by hand. If you look carefully in the cubicles, every desk is slightly different - even the post-its are in different locations.

(What to ignore: The final animation setup is in a different project: the jump is missing essential infrastructure to smooth it, so it cycles in a loop. The dialogue boxes themselves are slated for replacement, but we’ve got a system capable of handling branching decisions now. Also, the foliage jumps into view far too close to the camera. Part of this is not having a megafast computer to record on - recording takes a lot of horsepower. The second video has a bit of lag. We’re working on it.)

We've improved auras over the last month, from the spinning globes you saw on Instagram to a much more holistic effect.

The character creator can make believable people from every continent, giving us the look of a realistic American city - and giving you the chance to make a character that looks like you. 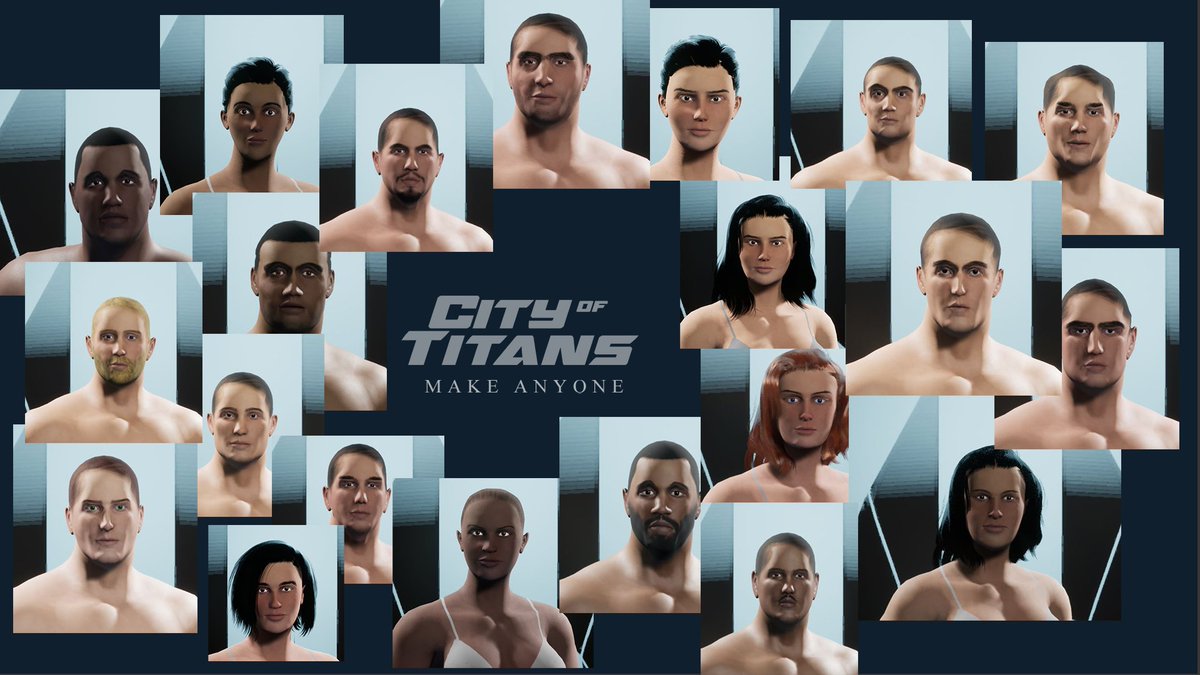 (Click it for size, or all the faces will look the same. The goal here was to make average faces from around the world. We think we succeeded.) 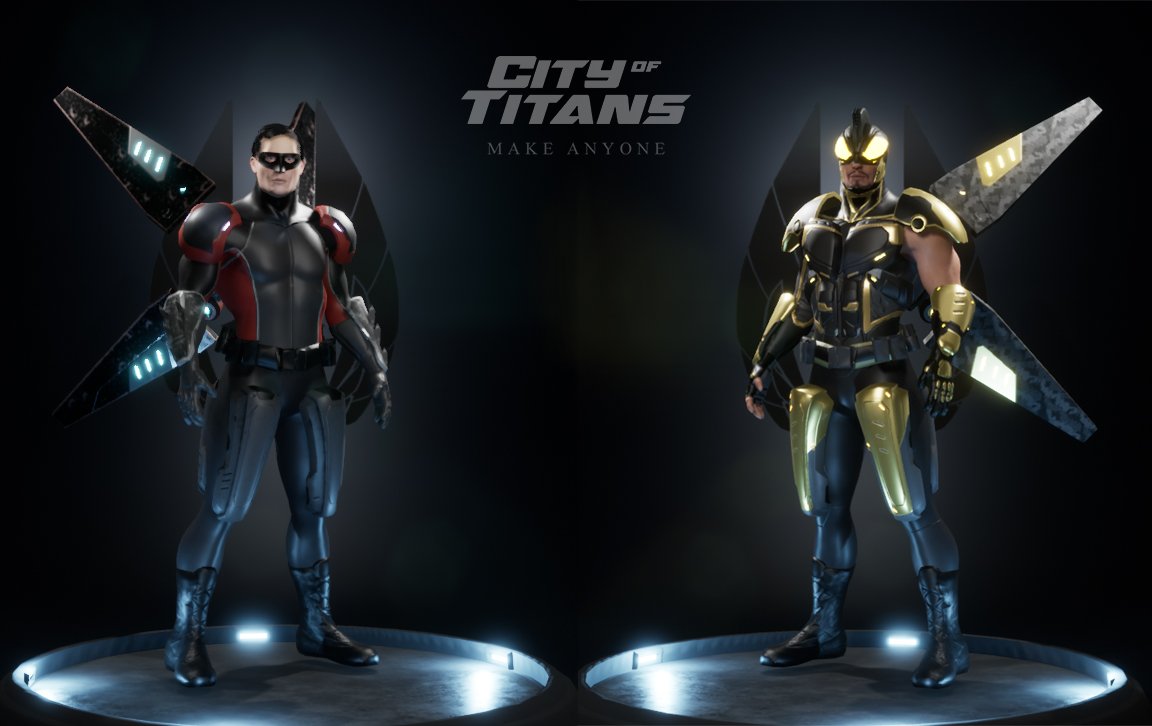 We continue to move steadily forwards. But we have had setbacks.

We've had a number of issues. We lost our primary data repository, repaired it, got it working for a whole three more days, at which point it then decided to stop working forever.

Luckily, the first thing we did when we got it back up was to pull all the data off it. We didn’t lose anything critical, but it still took a while to completely replace it with a new piece of hardware at a new location. Which, of course, required us to completely rebuild our internal network setup. It’s sort of like doing home repairs. You start off with needing to fix a cabinet, find dry rot behind it, and next thing you know, you’re doing the whole kitchen and the plumbing.

That alone set us back at least three months. On top of that were a lot of smaller, related issues. Things that had to be delayed because something else wasn’t working properly. Things that just weren’t coming together as expected, and even a few things that were redone because a better method had been found. We also had some non-development related issues - for example, on a personal level, someone ran a red light into my car. With a pickup truck. I was hurting pretty badly for a while.

We've had people lose their jobs, get ill from infections from hurricanes, have surgery for cancer, have deaths in the family - if it's not one thing, it's five others.

Despite all that, the work continued. The character creator advanced amazingly during those months, and we were able to take some of the lessons we learned from it, and apply those to other parts of the game design.

And we're going to deliver on our promises.