For a while now we’ve been telling you that you can Make Anyone. Well, a few weeks ago at NYCC, some of you took us up on the offer. Introducing the first ever player created costumes for City of Titans. 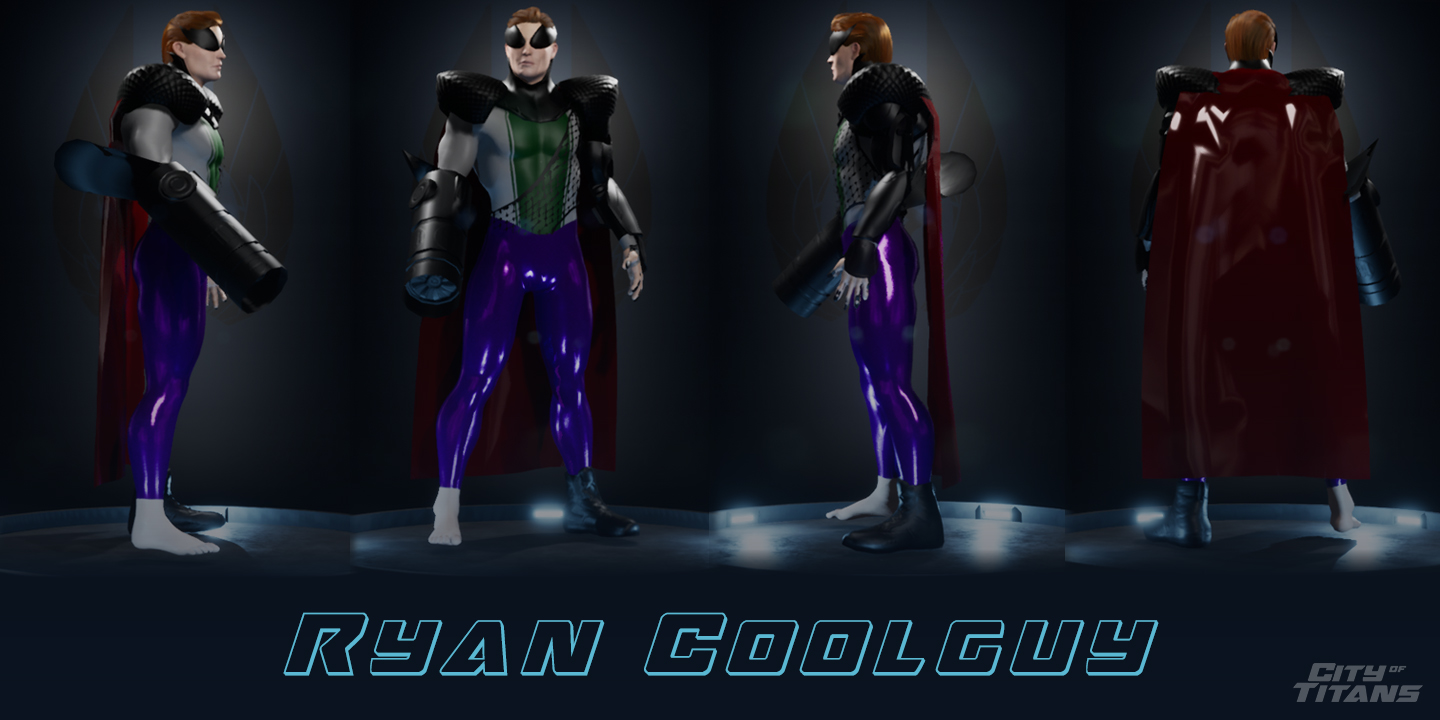 There’s a lot going on in these pictures, but we have a great use of different colors and textures all across different parts of the body. We also have the prototype arm cannon we’ve shown off before, a classic ominous cape, and interesting footwear choices. 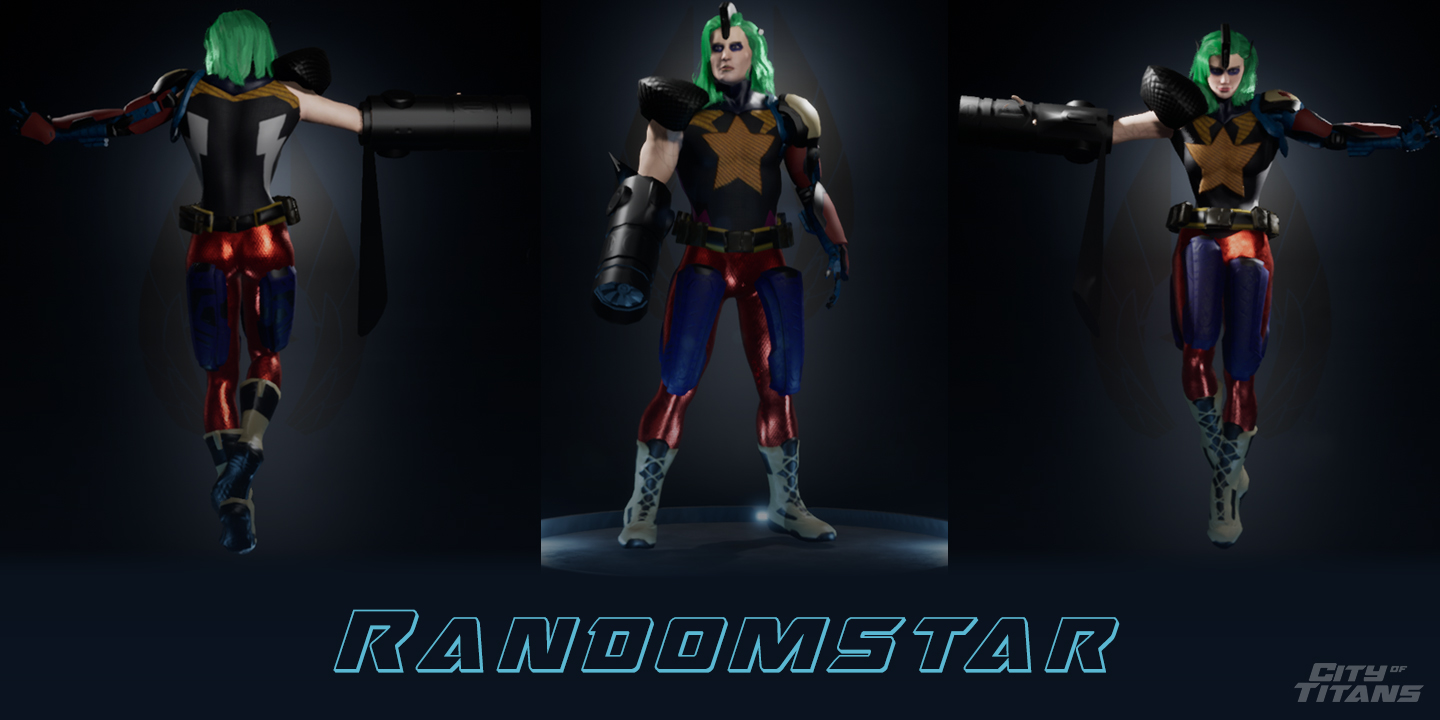 This is a great example of the asymmetry feature of the costume creator, Not only do we have two different styles of shoulder pads, but two entirely different color patterns. Also note how the same pieces work on both the female versions on both sides and the male in the middle. Speaking of which, these pics also highlight one of our body slider features. We promised that female Titans would have more choices than just busty and extra busty. If you prefer a more realistic body shape, you can have it. 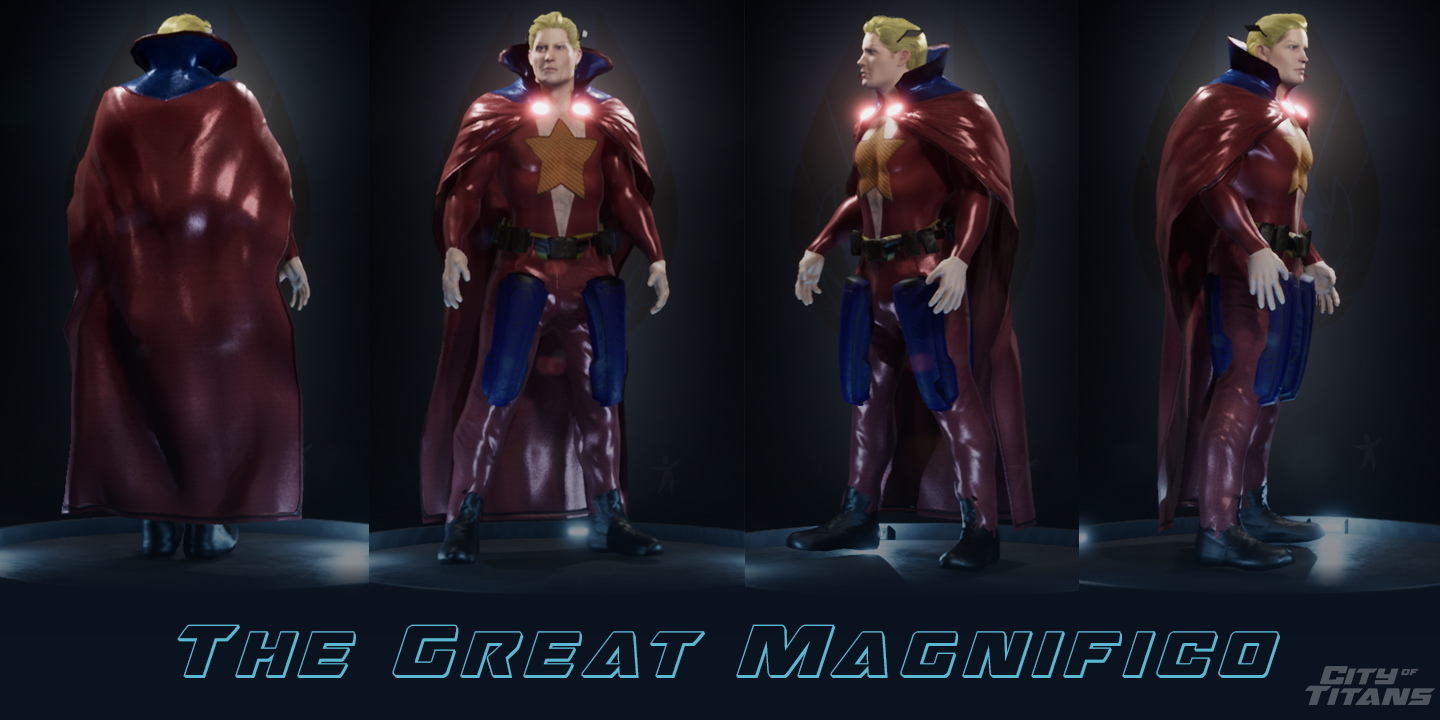 The high collar cape and full mantled cloak, are a very classic look reminiscent of the golden age. We have a great use of accessories on the legs and feet, and some very interesting glow effects as well.

Please keep in mind that this version of the costume creator didn’t have all of the final features enabled. It is still a work in progress. But, looking at what our fans were able to do, we expect that you will truly be able to “Make Anyone.”

Thanks to all the folks who stopped by Chris 'Warcabbit' Hare at NYCC to play with the chargen. It has already progressed significantly since these characters were made.