Happy 2022 everyone! We mentioned in our New Years update that we would be sharing with you an update on next steps for City of Titans in the coming year. We are going to do that today with our Project Lead, Chris Hare, aka Warcabbit.

CoT: Warcabbit, how did you get started on CoT? You have been here pretty much since the beginning, correct?

Warcabbit: Not quite. I was invited by the paladin of my D&D group, who was one of the first 15, or so. He’s currently our treasurer, and I can’t think of anyone I’d trust more for the job. Most of the original crew are still here, though. Including, of course, Dr. Tyche. I was in the writing crew, and slowly people started listening to what I said, because I was saying, well, things that made sense, and moved the project forward. After some nasty twists and turns, I became the lead’s assistant, and when Quinn had to deal with family issues and stepped down, I was there to step up.

CoT: The project was started with a very exciting vision that inspired the community. Has the vision evolved since its inception? What do you think is being built that is consistent with the early vision, and has anything changed?

Warcabbit: The vision of a game where you can do anything and be anything, has met the reality, where you can do what you can describe, and make what you can afford. By and large, we’ve managed to keep most of the dream in the first version of the game, and most of what we haven’t is still slated for our first expansion. The costumes, the powers, the fx, even most of the animation ideas are still there. Some things, like the more extreme animation flexibility, either require more money or simply time for play and feedback; and we can’t test them 'till the first set has been released.

CoT: Let’s talk about some specific areas of the project and where we think they are going in 2022. First, powers and combat – how are things coming along and what are the next steps for players to try these out soon?

Warcabbit: Things are coming along. We’re trying to get the first set of powers in the offline playable chargen within Q1, and probably sooner, though we’re hobbled by a life event and by the christmas slump: the christmas-new years holidays are basically two weeks around each day of completely disrupted work and lost productivity from a business perspective, and miserable for planning. But progress is coming along

CoT: We’ve been talking about an Alexandria test zone for much of the last year. What is the story with that?

Warcabbit: Once upon… okay, that’s more an Aurora opening, but seriously, Alexandria is built. The only reason you don’t have it right now is that it crashes Macs. There’s a limited number of buildings that have problems - the window bars on the First Bank of Titan City and something unknown inside the Ephesus University Clock Tower so far - and as soon as we track those down, off it goes. 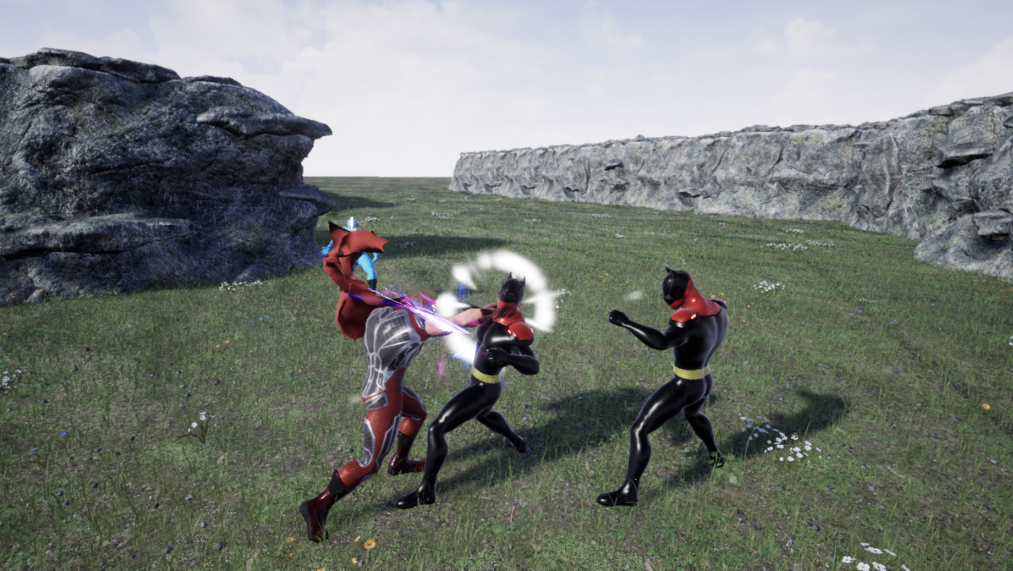 CoT: Downtown and Old Bradford Districts are pretty much complete now along with Alexandria. Could players potentially test those zones as well? What comes next for neighborhood development in the coming year?

Warcabbit: We’re looking at swapping Downtown and Bradford for Alexandria every couple of months, if we don’t choose to go online and have them all available at once, depending on how internal testing goes. Online, sadly, costs money, and we’re operating on a used shoestring. 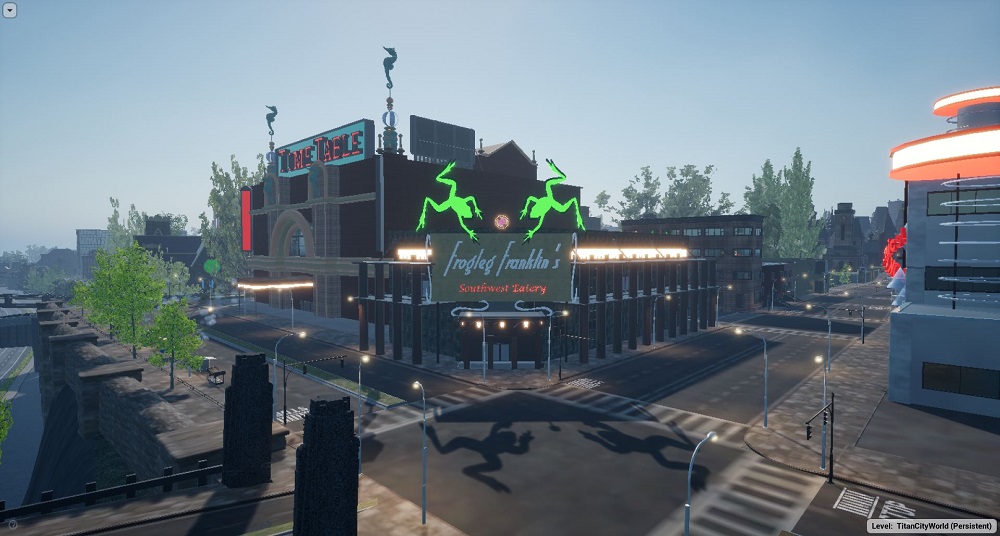 CoT: Last year players got to try out flight in the game and saw some previews of other travel powers. Where are we at with travel powers and what might we see in the coming year?

Warcabbit: Well, I’m really pleased with flight, but superspeed and superjump are at the mechanics right now, as is teleport. We’re tweaking them pretty hard. Swinging and teleport are working experimentally, and some of the parkour stuff is being tested. I’m pretty sure we’ll see another travel power, but we’re in programmer availability issues here: the same guy is doing combat and AI. 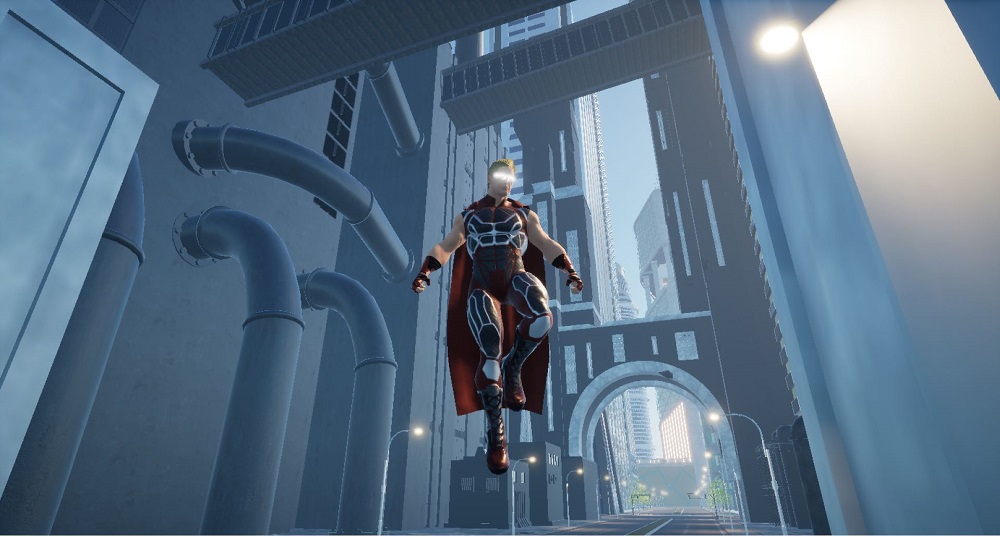 CoT: We have shared that chat and multiplayer functions of the game are not a technical challenge so much as a financial challenge. How do we envision moving forward with those aspects of the game?

Warcabbit: Step by step: internal testing is warming up now for what looks like the final iteration of our internal manager system - the part of the mmo that keeps everything in order and doles out maps. This will be the third iteration of the system, not counting the experimental variants. The first one took place in a museum and science lab, the second in a small city block you might have seen in Artstrong’s visualizations. 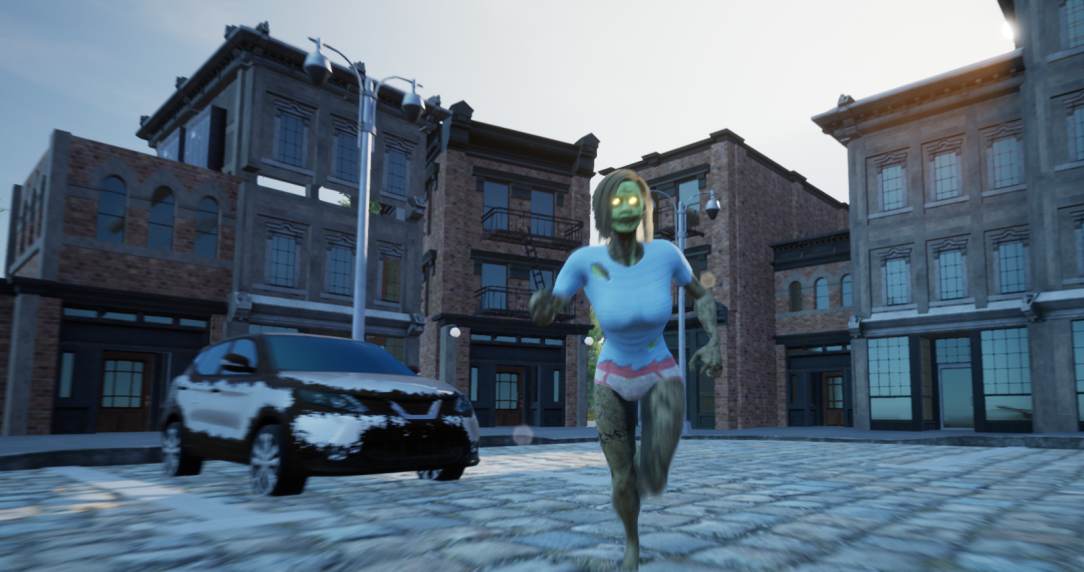 CoT: Are we expecting any movement in the coming year on Missions and maps for interior game environments? Weapons and costumes?

Warcabbit: Yes, and we might even get a new recruit coming on board for missions. Our maps were somewhat stalled due to a bug in the generating program, but that’s fixed, and our bespoke mission system (also v3, the Granch was V2,) was just about testable… until DeathSheep’s computer blew the CPU (Or motherboard. One of them is toast, and more probably both). Sheep had been working it up to the point where you could talk to a contact, go to a mission door, have bad guys show up, bonk them over their heads, and collect some glowies, all successfully. On or off a timer. We don’t have the new quest dialogues working because we need some UI work. and turning in the mission and unlocking the next one is unfinished. The next major step is optional goals. We’re currently swearing at shipping and just grateful it wasn’t the video card. Something like this always happens at Christmas, too. More costumes (Many more full sets) are in a quality check pass, waiting for some clipping issues, and weapons are waiting till the first powers set of animations are ready for testing. 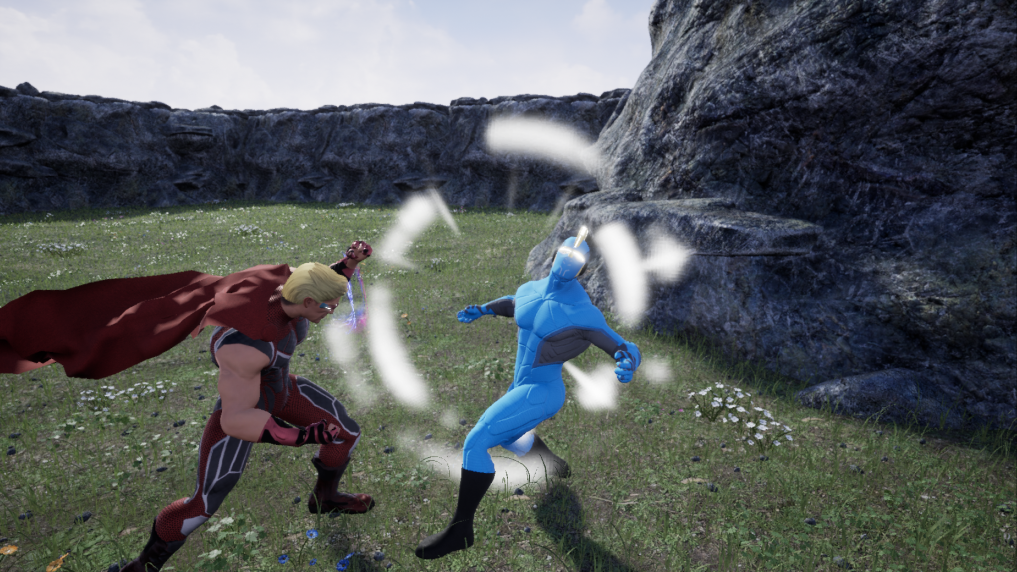 CoT: This game is ultimately going to need to become a viable business to sustain itself. What are some of the next steps you see for building the game with a business model in mind?

Warcabbit: It’s going to be hard, and this is where I’m weak: we need more money, and I know we have to show off more game to get it. I’m focusing on building that, making a game people want to buy into. We’re going to be rolling big things out, hopefully getting more publicity, and thus, more money. We’re not in trouble, and we can do a launch with what we have, but I don’t think it’s a surprise that more is needed to transition this project from a hobby to a sustainable business. 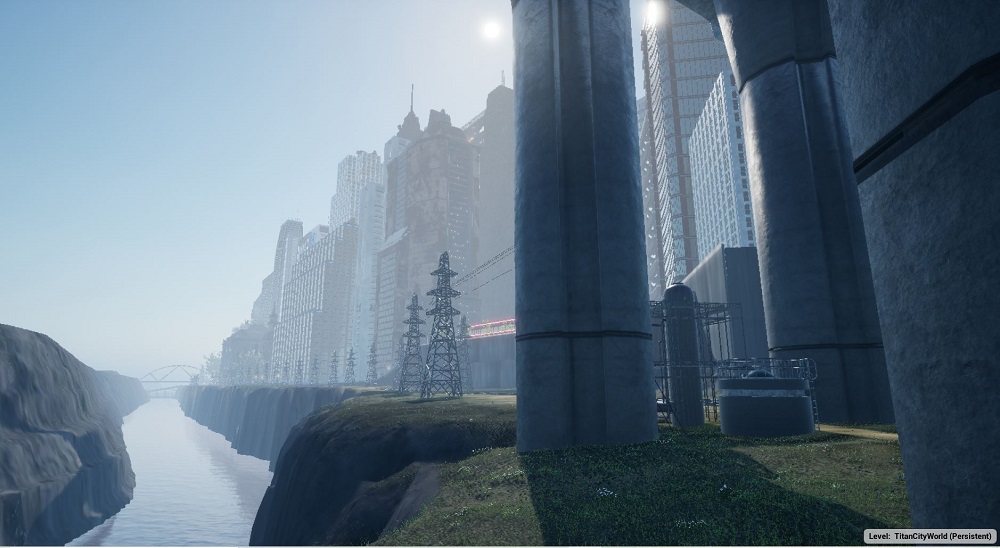 CoT: Many of the volunteers for the game had some personal challenges not only with Covid, but other serious health challenges. Would you like to share about any of that?

Warcabbit: It’s been a bad few years for everyone, from Covid related stress to deaths in the family, from lost jobs to newly gained jobs shifting around our free time, to what happened to me.
I had a massive stroke a year ago, and I’m still recovering. I was basically paralyzed down my right side, and it’s slowly coming back.
I’m pleased to report the project never slowed down, and I was mostly able to stay in touch and on top of things, even in the hospital. Which is a real sign of how solid the team is. I’m out of the wheelchair, and everything from flight to combat has happened after I got out of the hospital.

All of us at Missing Worlds Media are looking forward to 2022. As Warcabbit shared, we expect to see a broad range of powers made available for player testing (the tests will include combat with AI opponents that are in production now, so full combat testing). We look forward to players exploring our neighborhood districts of Alexandria, Old Bradford, Downtown which have all been built, as we continue development of the other neighborhoods currently in production (Victory Beach, North Eastern Research District, Aurora and Rhinehart Park). We look forward to more music for the game, costume development, missions and many other game features for testing that are currently underway.

We look forward to an exciting year experiencing it with you all!

OR on our Discord! : https://discord.gg/w6Tpkp2
Support City of Titans at our Patreon and Read our Comic: https://www.patreon.com/HiJinx
Enjoy our Instagram! https://www.instagram.com/missingworldsmedia/
Why not buy us a Ko-Fi? https://ko-fi.com/Z8Z06NFG
We have a Facebook: https://www.facebook.com/CityOfTitansmmo
And a Twitter: https://twitter.com/CityOfTitansMMO/
And find us on reddit at: https://www.reddit.com/r/cityoftitans/